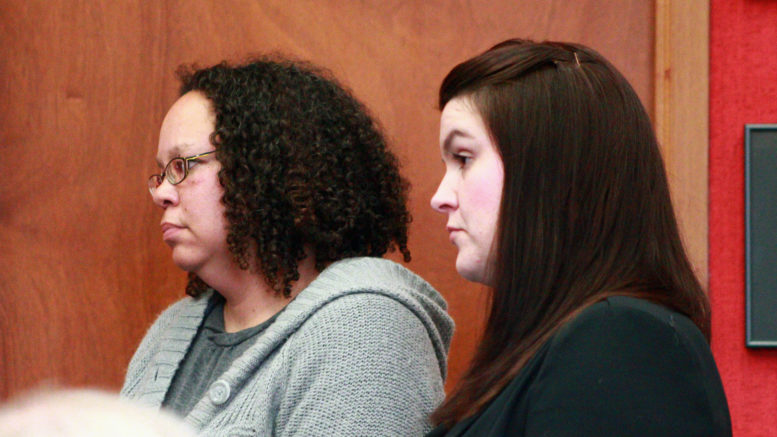 Boundary changes, associate membership among items discussed before committee of the whole

Picton businesses have set their collective course for the year.

The Picton Business Improvement Association (BIA) presented their annual business plan and operating budget for the year to councillors last Thursday. The municipality annually collects a special levy from local businesses to support the BIA’s operations. The motion supported by the committee would see $98,500 levied for the BIA in 2018. A bylaw to levy the tax rates for each business class and appoint members to the BIA board of management will appear before council at their March 1 meeting for approval. The business plan and budget were approved by the BIA membership at their annual general meeting on Jan. 31.

Burfoot outlined some of the BIA’s projects introduced in 2017 as well as some plans for 2018.

“The BIA has a number of annual projects which continue to be maintained by the association,” she said. “Each year also brings expansion of existing projects and new projects.”

In terms of member services, the BIA took on several new projects in 2017. Those included disbursing $4,000 worth of $10 gift certificates with money donated by the municipality and by Taggart Construction to support local businesses following the main street construction project. The BIA also partnered with the Small Business Centre, the municipality, the Prince Edward County, Lennox and Addington Community Futures Development Corporation (PELA CFDC), and the Prince Edward County Chamber of Commerce, to deliver a workshop focused on offering an inviting atmosphere for visitors from Quebec. The BIA also provided about $4,000 in gift certificates through the new Merry on Main bingo promotion in 2017.

One of the association’s major goals for this year will be investigating expanding membership, said Burfoot.

“In 2018, the board would like to further investigate the expansion of the BIA boundary and associate membership,” she said.

There are two facets to that expansion, the first of which Burfoot said spun out of a larger discussion that centred on the proposed Sobeys development on Loyalist Parkway.

“There was certainly a strong feeling from our membership that that area of Picton is Picton and we should embrace Picton to the roundabout, to expand the official town boundaries for our purposes,” she said.

She said a long-term goal would be to bring a more cohesive approach to streetscape activities in the west side of Picton.

The second facet of the discussion, she said, would centre on associate, or voluntary, membership in the association.

“We hear very frequently from businesses who are outside of our geographic boundary who want to join our association and we cannot allow them to join because of our bylaw — we have to be within the boundary,” she said.

Businesses on the west side of Picton can often be directed to Bloomfield, whose business association bylaws allow voluntary membership. However, businesses further to the east aren’t a natural fit and the Picton BIA can’t accept their membership.

“We’re looking to see if there’s a way we can do that while not impacting the service level that we have for our mandatory members,” said Burfoot.

She said the expansion is a lengthy process that would require consultation with property owners within the proposed new area. The BIA membership will also have to be consulted.

The association began and continued many activities for streetscape enhancement and beautification in 2017. New projects included the launch of the adopt-a-spot program to help assist with streetscape enhancement and maintenance including the watering of hanging baskets. The association also purchased and installed new Christmas decor on the new streetlamp standards downtown. Burfoot said maintaining the enhancements is a big job.

“In Picton alone, this is a massive undertaking,” she said. “Information kiosks are maintained with downtown maps and up-to-date business listings, flags and flowers are hung on the lamp standards, street furniture is maintained, flower baskets are planted and maintained, and holiday decorations are installed throughout the downtown including public spaces.”

In 2018 the BIA will investigate additional bike rack locations, continue discussions on a potential mural project, and will develop a program to return flower baskets to the western portion of Picton Main Street.

In 2018 the association is seeking to encourage the development and beautification of Picton’s public parking facilities, including proper way-finding and informational signage. They’ll also encourage the implementation of priority projects as recommended in downtown revitalization plans.

There were several new marketing projects in 2017. A new line of Picton merchandise featuring local artists and iconic Picton landmarks was launched and the BIA partnered with the County, the Bloomfield Area Business Association, the Wellington and District Business Association, and the Consecon Area Ratepayers Association on a collaborative effort to produce 20,000 copies of the 2017 County welcome guide.

“The BIA continues to chair the Canada Day planning meetings in partnership with community groups, promotes the event and co-ordinates all of the activities that draw thousands of people to Picton Main Street on July 1,” said Burfoot. “The BIA also participates in the co-ordination of other local events, such as the Picton Santa Claus parade and the Firelight Lantern Festival.”

This year the BIA will be helping produce and distribute the 2018 welcome guide in partnership with the other business associations and will be co-ordinating some new photographs to be used in marketing initiatives.