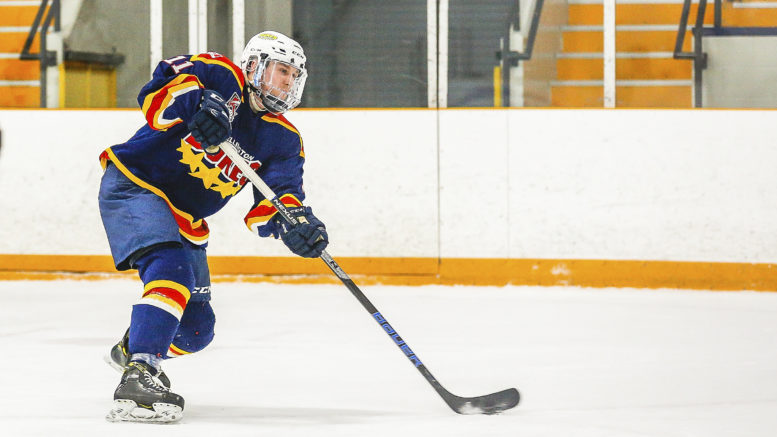 The Wellington Dukes made sure they weren’t backing into the 2017-2018 OJHL East Division title and then put a stamp on the regular season. With authority. 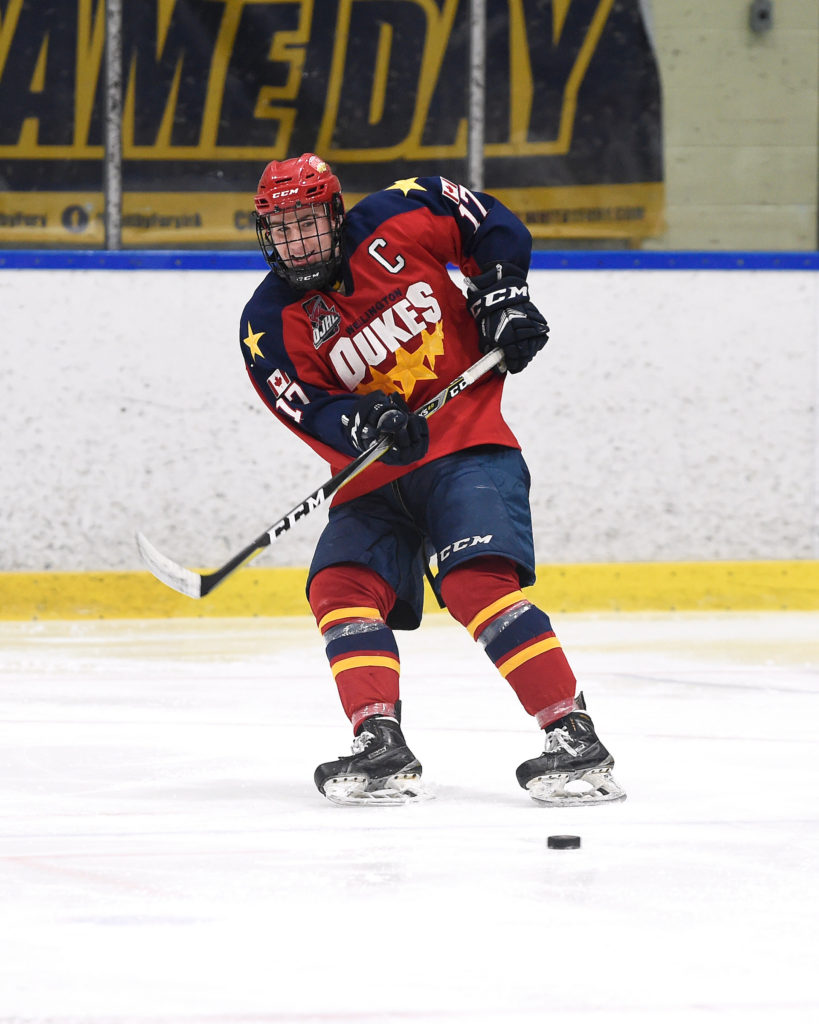 The Dukes won both their games this weekend to close off a roller-coaster regular season that, at the end, saw the club capture its first division crown since 2010-2011.

With the host Kingston Voyageurs holding an outside shot at unseating Wellington for the top spot in the east, the Dukes travelled to the limestone city on Thursday night and fell behind quickly to the Vees 2-0 thanks to goals from Rob Clerc and Austin Grzenia.

It could have been disaster for the county squad who have been battling themselves as well as OJHL opposition in the past month, plagued by poor stretches of hockey and undisciplined play.

But Wellington fought back.

Colin Doyle scored a power-play goal at the close of the first and that seemed to spark the Dukes.

The captain added another five minutes in to tie and then set up Mitchell Mendonca later to push the visitors ahead 3-2.

Kingston would respond and tie the game at 3-3 with under five to go in the frame.

In the third, Wellington could taste the number two seed that came with winning the division and it was Teddy McGeen breaking the deadlock at 6:32 of the final stanza.

Doyle capped off a great effort with a goal at the halfway point of the frame and gave Wellington a much needed bit of insurance.

Kingston crawled back to within one when Leblanc scored his second of the contest shorthanded but Wellington starter Jonah Capriotti was solid the rest of the way and made 51 stops in the win although sources indicate the shot totals at the Invista Centre might have been inflated.

Despite being locked in to first place and winning an emotional contest the night before, the Dukes had little trouble shooting down the host Golden Hawks.

In what was his final Junior A regular season game, McGeen paced the Wellington attack with a hat trick while singles went to Doyle, Andrew Rinaldi, Ben Evans, Dawson Ellis and Mitch Martan.

Rinaldi had three assists while Doyle had a pair of helpers.

Wellington’s Tyler Richardson picked up his fourth win as a Duke since coming over at the trade deadline from Lindsay, stopping 20 Trenton volleys.

Dukes defenceman Keegan Ferguson was felled in action with an upper body injury and his status for the postseason is unclear.

Wellington will open the Buckland Cup playoffs against the Pickering Panthers.

It’s expected Game 1 of the North-East Conference quarterfinal series will be played Friday evening in Wellington although this hasn’t been confirmed by the OJHL as of yet.

Updates on the post-season schedule will be posted as they become available at https://www.pictongazette.ca .