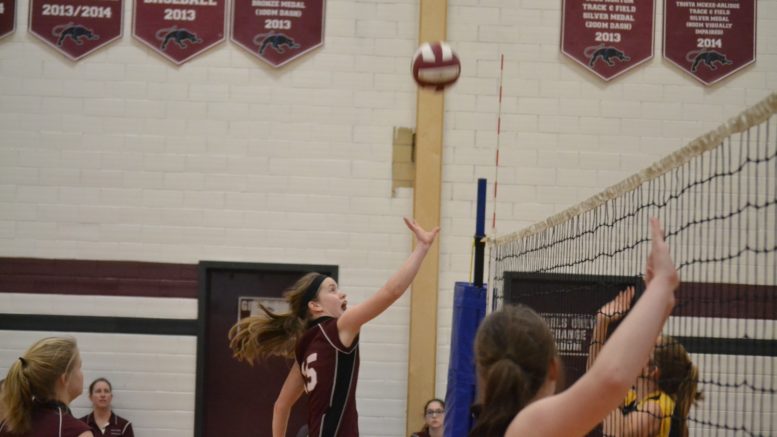 While it wasn’t a gold-medal finish they dreamt of, it was still a very satisfying conclusion for the PECI Junior Volleyball Panthers Thursday. 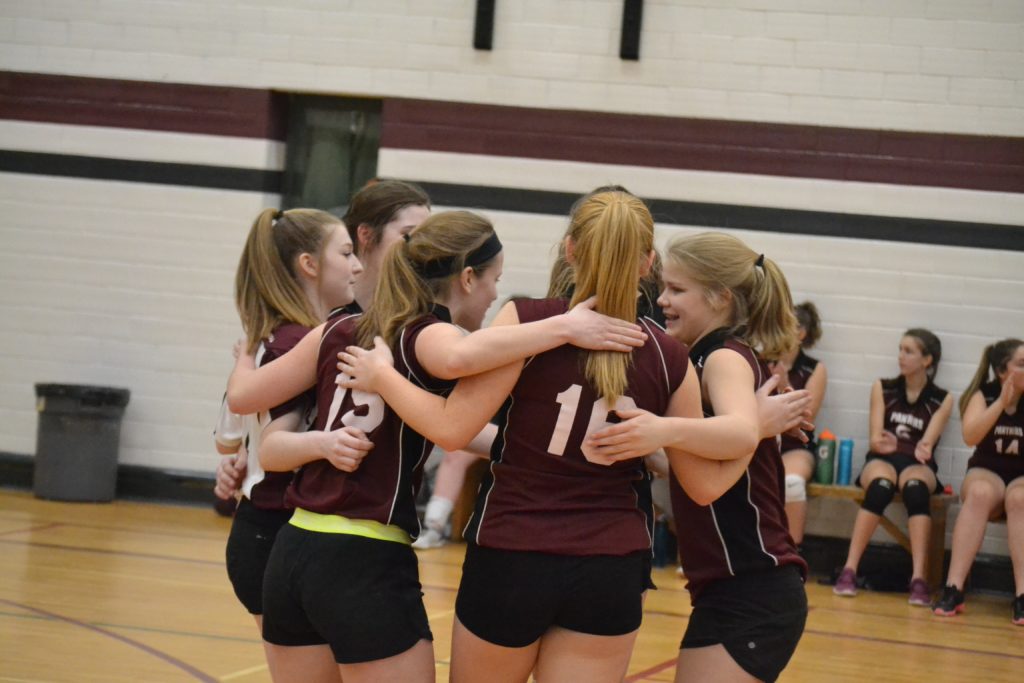 The win marked the highest level that a PECI junior girls squad has attained in over a decade.

“This is the strongest finish by a PECI junior girls team since I’ve been coaching here,” said PECI’s Sarah Vader.

Vader, who has been coaching volleyball at PECI for over 12 years, was filing in for regular coach Dave Inch who was on vacation.

PECI’s draw against the Saints was tough given the club is stacked with club players that play rep volleyball in the city of Peterborough.

“The Kawartha region teams were very strong and our girls did well to score as many points as they did,” Vader said. “They played very well against Trenton, who they had beaten in the regular season and it was nice to end the season on a positive note.”

Erica Monroe was strong digging out spikes while Lucca Latchford-Jones had a strong net game.

The coach was also pleased with Abby Conley and her ability to set.

“They are a very positive and enthusiastic group and a pleasure to coach,” Vader added.