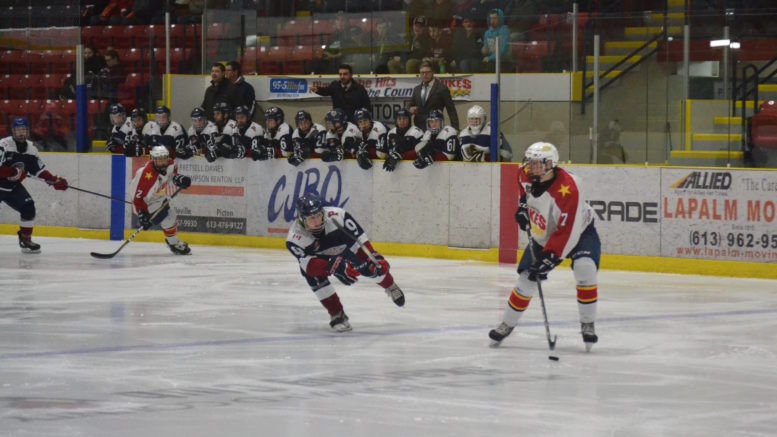 PLAY ON PLAY OFFS- Wellington Dukes defenceman Zach Uens is chased by Pickering Panther Elijah Pilosof during OJHL action earlier this month. Wellington and Pickering are meeting in the post season for the first time in 26 years. (Jason Parks/Gazette Staff)

For the first time this century, the Pickering Panthers and the Wellington Dukes will meet in the Ontario Junior Hockey League Playoffs.

Former Metro Junior A Hockey League bedfellows, a post-season meeting between the two clubs hasn’t happened since 1992 when the Dukes were swept in the opening round.

Let’s take a look at the two squads:

Wellington (33-13-8, 74 points)– First in the East Division, second in the Northeastern Conference.

Where to begin with Wellington Dukes? The club secured its first division crown since the 2010-2011 season which was the last year the club qualified for the 2011 RBC Cup in Camrose, Alberta and in a normal year for a flagship franchise, this season might seem like a recall to its glorious past.

That may well be the case however the club is being coached by its third bench boss in this calendar year and stability hasn’t been the order of the day where fluctuation has.

The club started out like a rocket sled on rails and nearly lapped the field in the first half of the OJHL regular season.

However by Christmas, the club was struggling to recapture its form and general manager and associate coach Ryan Woodward and head coach Scott McCrory were out — Woodward resigning his post and McCrory moved to advisor.

Current head coach John Druce has been implementing his system and the club has hit peaks and valleys since his installation in early January. 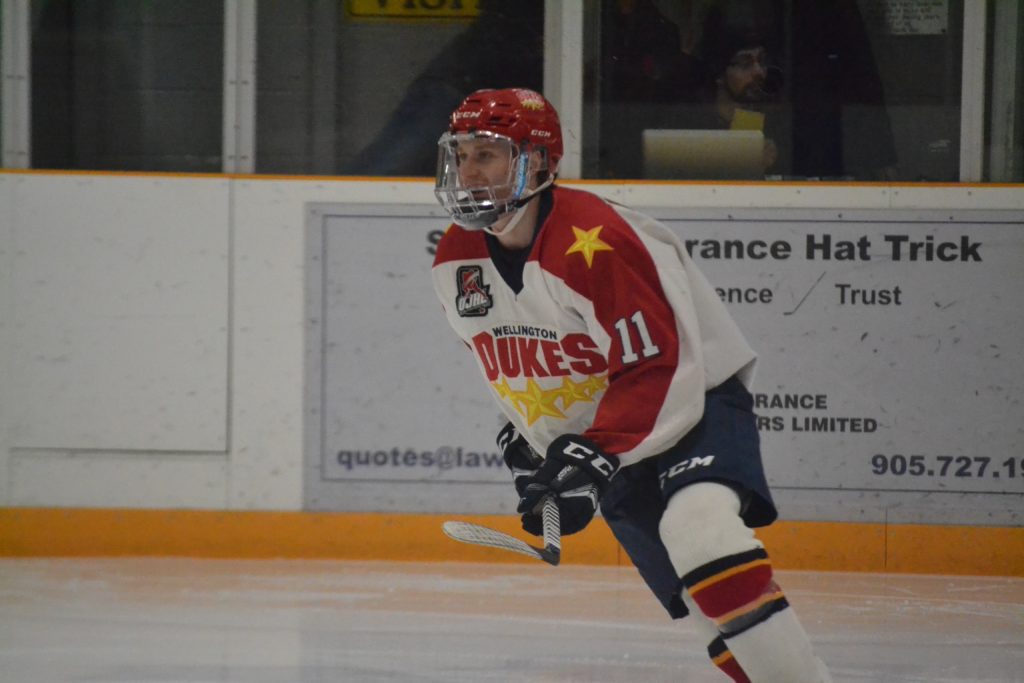 The club comes into the playoffs winners of four of its last five games including a victory in Wellington’s last contest against Pickering, a 3-2 win Fri. Feb. 16.

A healthy 1A and 1B Unit for the Wellington Dukes will be plenty for the Pickering Panthers to handle in this series. Martan kicked his play into high gear in last season’s playoffs and was the catalyst that helped lift the Dukes over the Whitby Fury in seven games.

If Rinaldi and McGeen get rolling and Jackson Arcan is able to use both his scoring touch and physical presence, Pickering might not know what hit them.

On the Blue line:

Wellington’s kiddie corps on the blueline will need to acclimate to Jr. A playoff hockey and fast especially if Keegan Ferguson is out of action for any length of time. Rookies Declan Carlile and Zach Uens will need to find their legs quickly if the Dukes are to have any sustained playoff success and defence coach Derek Smith will be looking at lone veteran Geoff Lawson to log heavy minutes at critical junctions.

Jonah Capriotti is Wellington’s starter after posting a 21-11-3 record this season with 2.70 Goals Against Average and a .921 Save percentage.

The club might have the most experienced backup in the playoffs in Tyler Richardson who was rescued off the roster of the moribund Lindsay Muskies at the trade deadline. 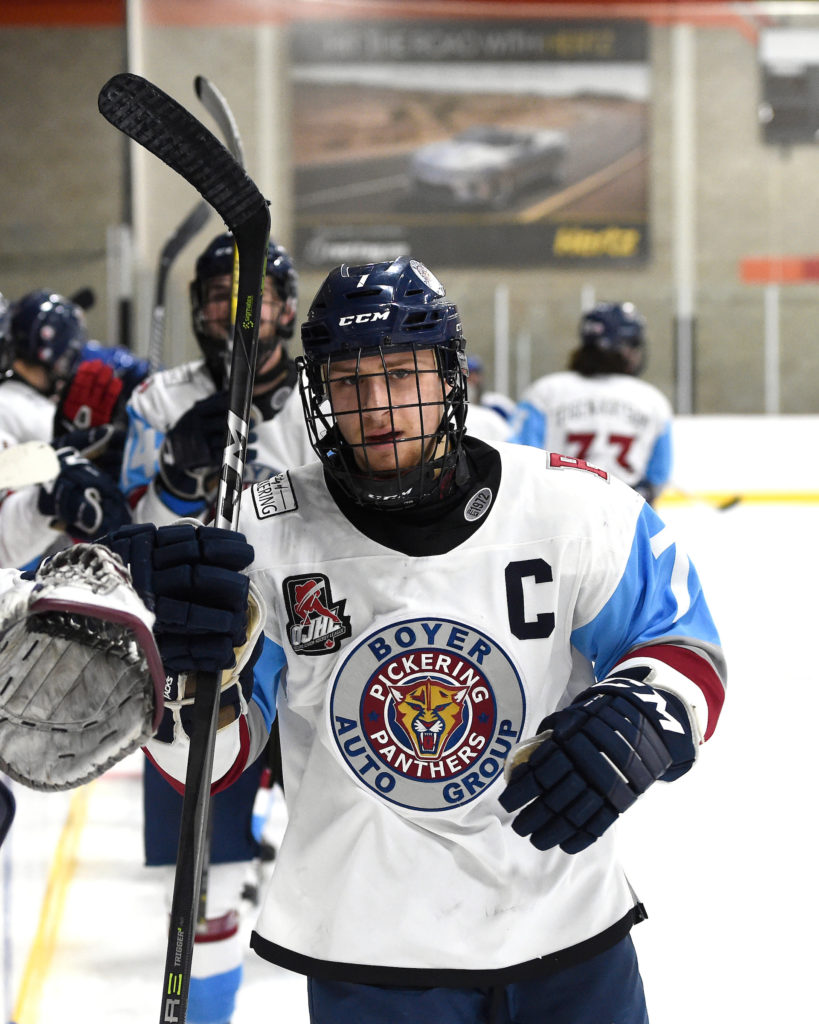 Pickering is coached by David Demarinis and this season marked a turnaround year in Pantherland as the club finished above .5000 for the first time since 2006-07 which is also the same year they last won a playoff round. The Cats come into the playoffs playing .500 hockey in their last five games and while Wellington was the third most penalized team in the OJHL, The Cats don’t mind engaging in the rough stuff and the extra curricular activities by virtue of their 1088 Penalties in Minutes. Although Wellington swept the season series, all but one contest was a one goal game.

Captain Josh Argier will be thorn in the side of the Dukes by the end of the series. A physical performer that can match hard work in the corner with a nose for the net, Wellington fans will know his mug the end of the first period of Game One.

Durable veteran Andrew Hughes came over from Stoufville where he was nearly a point-per-game player in the post season last year.

Brock Traill is a former Lindsay Muskie and could be an X factor in the series for Pickering if he’s on his game.

Solid puck-mover Joseph Franzin had 12 goals and 32 points in his 46 OJHL games this season as an 18-year-old rookie to lead all Pickering defencemen.

Despite being three years older, Wisco is also in his first OJHL season.

If Wellington can over come any early adversity and force their will into the series, the second seeded Dukes should avoid an upset. If Pickering can find a way to rattle Wellington’s cage especially in Games One or Two, the locals will need to search deep in order to counter the plucky Panthers.