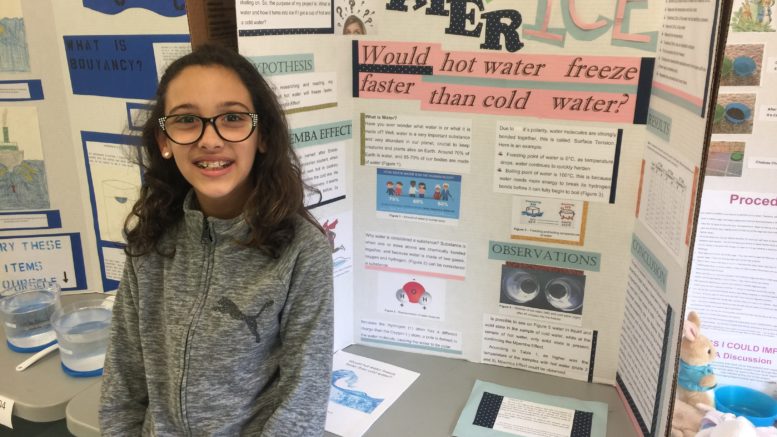 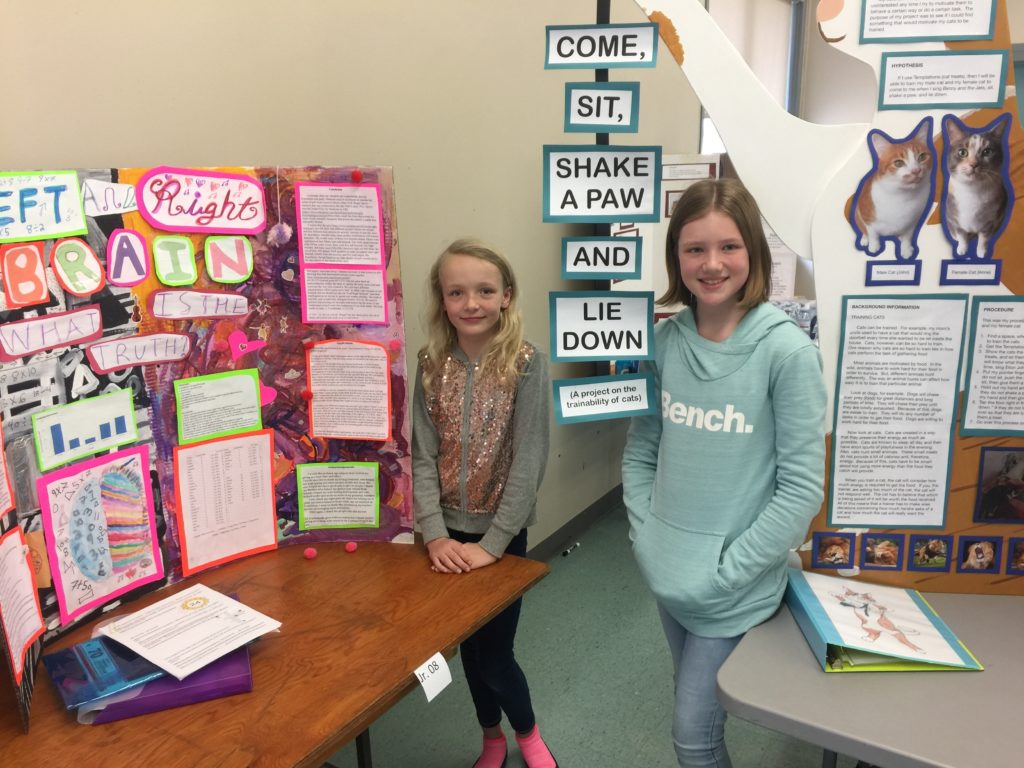 The school hosted its annual science fair with every student in the junior and intermediate panels (Grade 4-8) taking part with everything from how crystals form to whether house cats can be trained being put to the test.

“Beyond the science, the fair allows students to be both curious and creative in designing an experiment, the conduction and recording the results,” Sonrise principal Julie Scrivens said.

The judges found the students were quite passionate about their topics and spoke with a great deal of confidence.

“The judges could really sense which students were really engaged with their experiment by how they spoke about the topic,” Scrivens added. “They were quite passionate.”

“I really liked watching the Winter Olympics and one of my favourite sports was figure skating,” Scarpim Rosa said. “I really want to try it but I wanted to know what the ice is made of.”

Scarpim Rosa’s project was entitled ‘Water and Ice’ and tested the Mpemba effect where hot water will freeze faster than cold water in some situations.

“Because of the Mpemba effect, which was discovered by Erasto Mpemba in 1963 , sometimes the hot water would freeze faster than the cold water,” Scarpim Rosa explained.

As has been true in various trials throughout the last half century, Scarpim Rosa’s results were varied as two of the three trials saw the hot water freeze faster while another saw the cold water ice over quicker.

“That’s why scientists still consider this as a phenomena,” she added.

Junior panel winner Florence Vanderniet looked no farther than her pets to test the age old question of whether felines can be trained like their canine counterparts.

With some tasty motivation, the cats were able to come, sit, offer a paw and lie down-with varying degrees of success.

“Coming when I called was easy and they were able to sit for their food,” Vanderniet said. “They could offer me their paw sometimes and getting Johnny and Anna to lie down was the hardest but they did it sometimes.”

Anna Harris chose to examine the sides of the brain theory, a concept she called outdated but still rang true in trials.

“I based my project on a kind-of outdated theory but it’s still correct,” Harris said confidently.