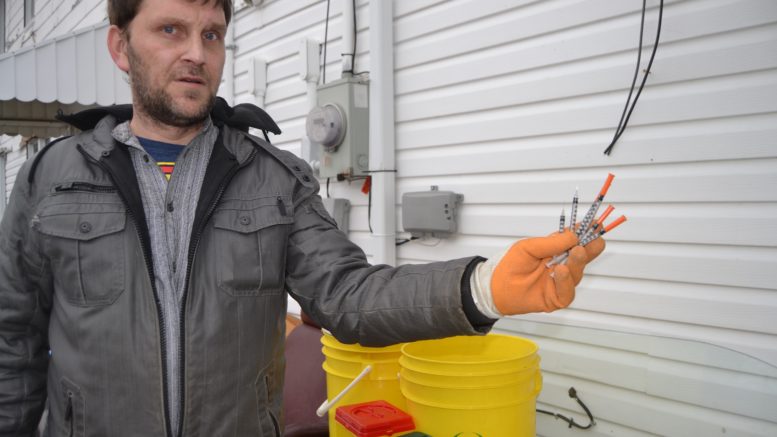 If exterior sharps containers or a larger secured kiosk device is going to be installed in Picton, it will be through collaboration between the municipality and Hastings Prince Edward Public Health.

This was the message from a Public Health official when the Gazette inquired about what it would take to provide a safe receptacle for used and dirty needles.

Last week, the Gazette helped spread the message that melting snow was revealing used and discarded needles on the roadsides in the Picton area.

Local resident Donnie Duffy has been collecting dirty needles by the thousands each month for the past decade and taking them to an exchange point in Kingston but is now calling for the municipality and Public Health to get together and provide a safer avenue for users to deposit spent needles. 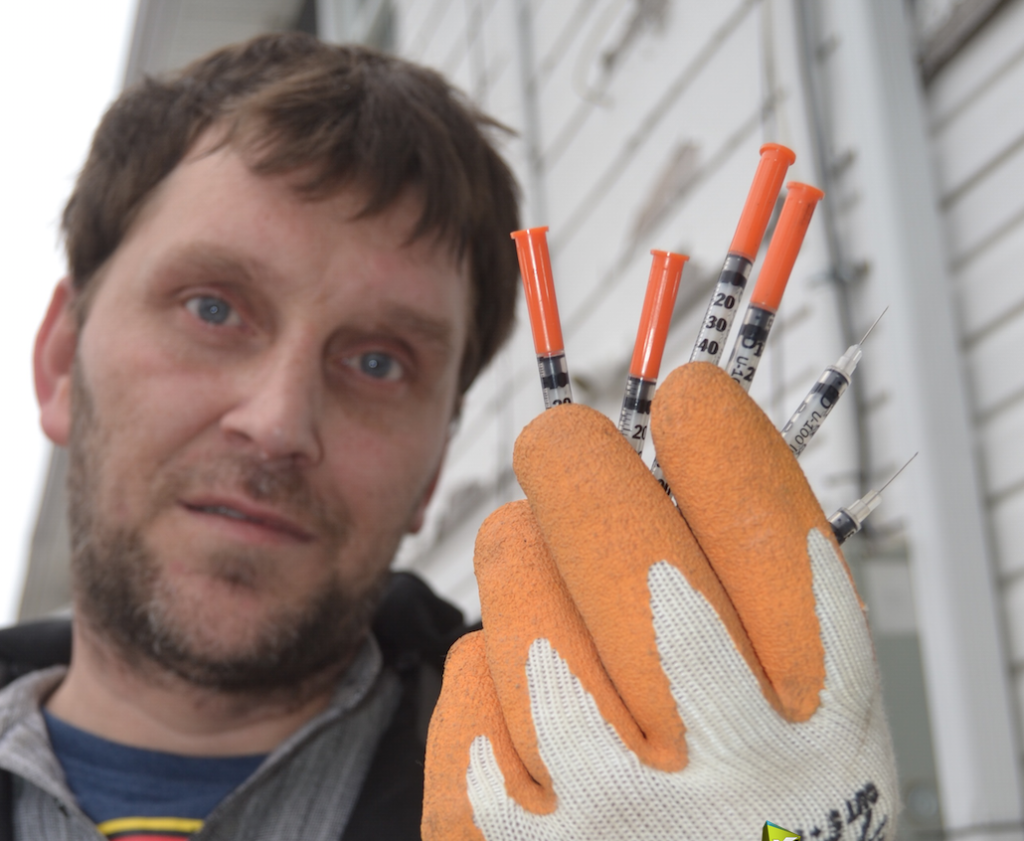 Sexual health and harm reduction program manager Stephanie McFaul couldn’t offer an exact number of exterior sharps containers and kiosks Public Health has installed in their catchment area however but did confirm there were several in both Belleville and Bancroft after governments in those communities identified risk areas.

“From Public Health’s perspective, we are more than willing to work with any of the municipalities within our jurisdiction to see what fits for each community and come up with solutions and strategies to get these devices in place if the need is there,” McFaul said.

While Prince Edward County has yet to approach Public Health through official channels, McFaul believes there are conversations amongst staff and County council taking place.

“I think it’s on the radar within the municipality and it’s a matter of working together, both staff and council and determining if there’s a path forward. Exterior sharps containers or the larger kiosks are becoming much more prevalent in area outside cities and there’s more of an emphasis in supporting harm reduction as well as making things easier for people to make better choices.”

Despite its beauty and being a destination of choice for tourists, Prince Edward County isn’t immune to illicit drug use if Duffy’s regular collection figures are any indication.

Between collections on roadsides and Delhi Park and collections at houses where drug users reside, Duffy estimates he might collect upwards of 15,000 needles per week.

McFaul confirmed there is drug use occurring everywhere and, while injectable drugs seems more like an urban issue, Public Health officials know this activity is taking place behind closed doors in every corner of Quinte.

“It’s not always noticeable here like it is in the city where there’s more homelessness but we know this area is not immune,” the program manager said.

“I commend him for this incredible outreach and the amazing work he does on his own accord,” she added.

Community members have been reaching out to Duffy via social media when they might find a used needle and he’s been quick to the task to collecting the device.

However, McFaul said Public Health is available to send an officer to a location should a needle be discovered.

“If needles are found in a public location, we would ask that you call us or the Prince Edward OPP if its after regular office hours,” McFaul said. “It’s part of our mandate to be responsive if needles are found and it helps us track where there might be hot spots or areas of high frequency for the time when municipalities inquire about this issue.”
Duffy is hopeful the municipality and Public Health can get together soon and install a pair of kiosks or exterior sharps containers at locations where interaction with the public and random needle disposals intersect and create the greatest capacity for harm.

“I’ve been talking to councillors and (Mayor Robert Quaiff) since last fall so I’m hoping that there can be something done soon to help keep these needles off the street and out of the parks,” Duffy told the Gazette.