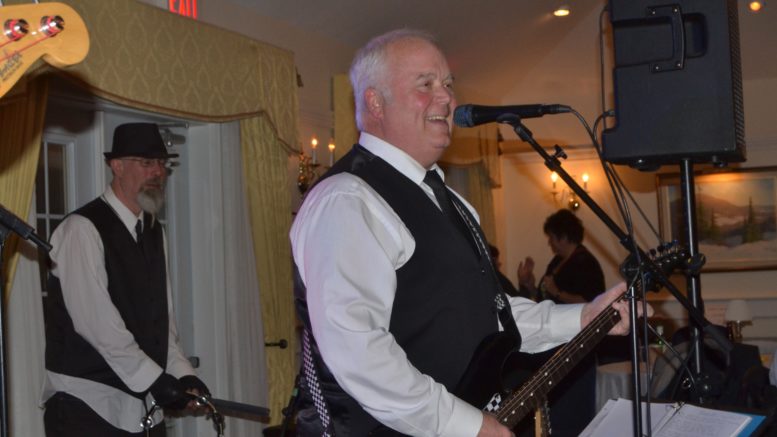 DO YOU LIKE GOOD MUSIC?- Peter Rea and the Reasons were amongst the musical acts at 'Let's help Andrea', a fundraiser organized by the Wellington District Lions Club and Mark Despault and hosted at the Waring House Friday night. The event raised about $25,000. (Jason Parks/Gazette Staff)

It was just a little over a month ago when your humble scribe was one of the first members of the media to shine a light on the circumstances of a local woman facing the cost of a life saving surgery in the United States.

Andrea Taylor, 31, and her parents Keith and Valerie, invited the Gazette into their home on the outskirts of Picton and told their story for the first time.

A story of heartbreak and anguish and getting caught in the cracks of Ontario’s public healthcare system while a life hangs in the balance- OHIP is a great system if you have a normal and everyday malady to paraphrase Keith Taylor at the time.

They had been caring for their adult daughter for over a year after she left her teaching career in Calgary in December 2016 and into Keith and Valerie’s care.

The retired couple were preparing to sell their home and everything they own to facilitate a second chance at life for Andrea by way of a medical repositioning of her stomach organs.

Andrea Taylor suffers from intestinal malrotation, a rare condition involving misplacement and twisting of the stomach that is typically addressed through a paediatric surgical procedure.

Taylor hasn’t had a bite of food since July and her health has decreased rapidly to the point where she currently subsists on an intravenous nutritional program.

Her system is so compromised, she can only manage 100 ml of water a day.

The Taylor family looked like an exhausted bunch that snowy day in February when they publicly spoke to Andrea’s condition and the Gofundme fundraising campaign they were launching to cover the $250,000 cost of the life saving procedure that was available at the internationally renowned Cleveland Clinic.

Fast forward a little over a month and couple of significant happenings have occurred.

First, the financial folks at the Clinic have found a way to alleviate some of the costs of the procedure and have moved the total needed for the eight hour operation and weeks of recovery to $175,000.

Secondly and most importantly, this wonderful community have heard the Taylor’s pleas and have responded en force. 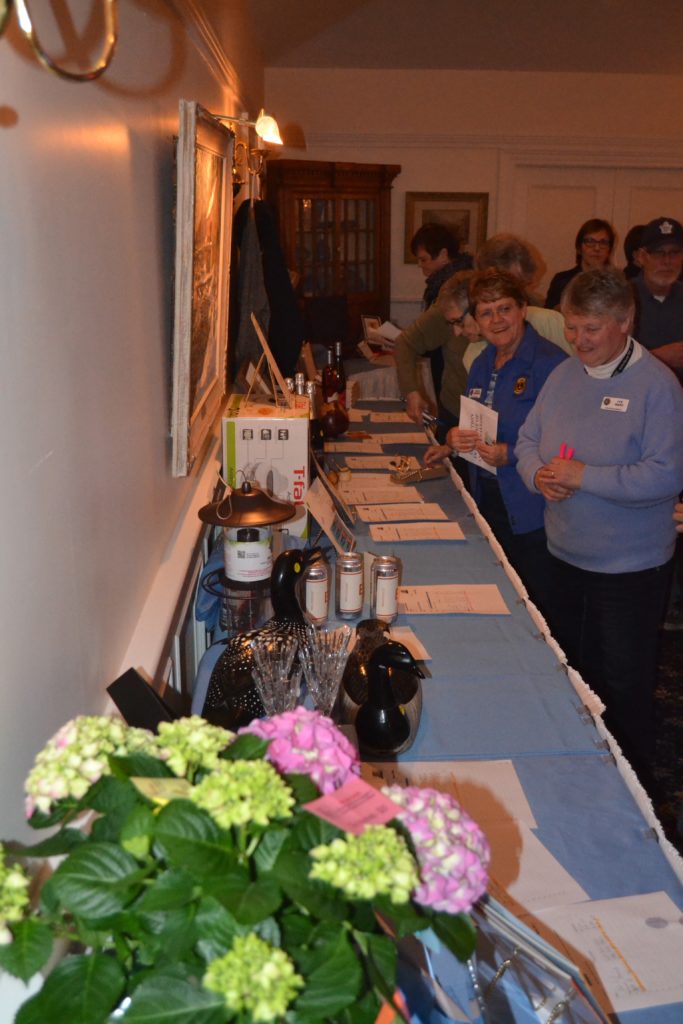 SOLD!- A live and silent auction was held at the ‘Let’s help Andrea’ event at the Waring House Friday night. The event supported a local woman in need of life saving surgery in the United States. (Jason Parks/Gazette Staff)

In a little over a month, community-minded businesses, caring individuals and passionate service clubs have all pitched in various ways to help raise over $137,000.

And that total doesn’t include a pair of significant fundraising events that took place over the weekend.

While total tabulations were still being counted, organizers confirmed the event raised upwards of $25,000.

In total, $6,748.53 (the entire day’s sales) were generated and were to be presented to the family in the coming days.

Keith and Valerie Taylor joined members of the Rotary Club of Picton on Tuesday afternoon at the Gazette office to discus a challenge by the local service organization through the Matt Stever Fund to the community to help put the fundraising efforts over the top.

This challenge will be presented in a subsequent story in the Gazette but the Taylor’s wanted to make sure their appreciation for everyone that has contributed both funds and services in the past month was known.

“It’s scary enough for this major surgery that she’s going to have to go through but when you don’t have any way to pay for it, it can add even more pressure and stress. To have that part taken care of thanks to this wonderful community we live in has eliminated that stress,” Keith Taylor said.

Valerie Taylor explained the family visited the Cleveland Clinic two weeks ago for five days of consultation meetings and it was the hospitals financiers that found ways to eliminate some costs.

“They’ve been really wonderful to work with and understanding of our position,” she added.

Andrea Taylor was able to have her scans done in Ontario thus eliminating imaging costs and the cost of the intravenous nutrition program was lowered among other items.

Keith and Valerie were able to put their fears and worries in the back of their minds on Friday and enjoyed the evening of live music and connecting with friends- both old and new.

“We need those once in a while and it was such special and overwhelming night” Keith said.

“It was just incredible to see all the donations and the auction items and then the proceeds form the bar…We were really left speechless,” Valerie added.

The Taylor’s also thanked Angry Birds and owner Micheal Hymus for supporting their daughter through the generous donation of Sunday’s sales.

“It’s incredible, to do that all day and the people that helped out and volunteers, we are so thankful and appreciative. We are just so grateful,” Keith Taylor said.

Thanks to the community, Andrea Taylor’s surgery is being slated for mid-April.

Dr. Kareem Abu-Elmagd, who is the only surgeon in North America who undertakes the gut rehabilitation procedure, has preformed the surgery successfully nearly 50 times.

The operation sees Dr. Abu-Elmagd take the entire digestive system out of the abdominal cavity, remove any suspicious parts of the intestines and places every organ back in its proper place.

Because of the rarity of this condition, Ontario doesn’t have any specialists that offer this type of surgery or even physician that can definitively speak to it.

But in nearly 50 cases, Dr. Abu-Elmagd has saved a patient and allowed them to return to regular life.

Keith Taylor is both thankful and hopeful that Andrea’s surgery date is on the horizon.

“She has some bad days because her system still has things going through it and she’s in a lot of pain on those days,” Keith Taylor said of his daughter’s condition. “But her sprits are really good and it’s helped by knowing that the community is behind her.”

“In a a little over a month, she could be possibly eating food,” Valerie Taylor added.

For more on the final push to reach the $175,000 goal, please see the March 22nd edition of the Picton Gazette.

Andrea Taylor’s Gofundme account can be viewed at https://www.gofundme.com/malrotationsurgeryfund