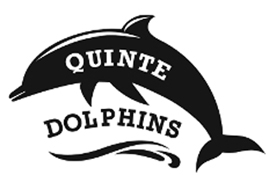 The Quinte Dolphins sent 11 swimmers to a short-course meet at Queen’s University and each posted at least one personal best time in the pool.

According to Dolphins president Julie Leavitt, of a total 58 individual swims Feb. 23-24, there were only eight where time was added. In 17 of those swims, local competitors registered times that placed them among the top 10 among their age categories.

Jonah Barnes had four top-10 finishes at the meet, including a bronze-medal winning swim in the 50-metre breaststroke and a new club record for boys aged 13-14 in that category of competition.

Theo Wollenberg, Celia Reynolds, and Kate Jones all placed in the top 10 twice, with Wollenberg also receiving a bronze medal in the 50-metre breaststroke.

Leavitt congratulated all the swimmers for their efforts.

“While it’s not always easy to see in the middle of a hard set, hard work does have its rewards,”she said.

The Dolphins were also well represented in Ottawa at Swim Ontario’s Short Course Winter Festival meet as McKinley Miller made his first appearance in the competition Feb. 17-18. Though Miller didn’t find a personal best time at the Nepean Sportsplex, Leavitt said he displayed strong effort and determination, representing himself, his club, and his community with class.

The Dolphins’ next competition will be the first meet of the long-course season in Guelph later this month.