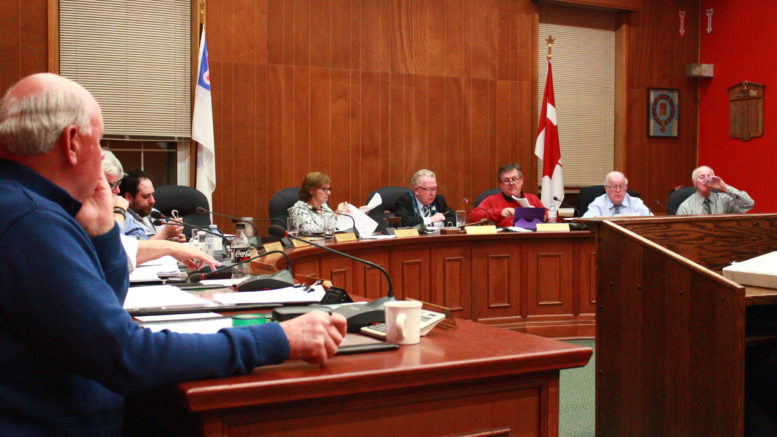 While some members shared some concerns about the proposed broiler barn at the site, council supported a property severance on Victoria Road Tuesday. (Chad Ibbotson/Gazette staff)

While many residents shared concerns about the proposed use of the land, council supported a severance for a Victoria Road property on Tuesday evening.

Victoria Road landowner Ben Thompson applied for the severance with the intention of selling the severed parcel to local farmer Jeremy Prinzen. Prinzen plans to build a new broiler barn that could house up to 28,000 chickens.

The severance was debated at a Feb. 21 planning meeting, but was deferred to council after failing to receive two thirds majority support.

On Tuesday, after a pair of proposed mitigation measures failed to receive support, council approved the severance with a list of 11 conditions. The motion also included a zoning amendment that would change the zoning of the severed parcel from a special rural 3 zone — which allows for antique motor fabrication and storage — to a rural 3 zone which would strictly allow agricultural uses.

Much of the discussion at Tuesday’s meeting centred not around the severance itself, but Prinzen’s proposed use of the new parcel. Several neighbours argued the new facility could impact the water quality of nearby wells, could affect air quality, and would be too close to neighbouring residences. Others felt the facility would have a negative impact on local property values.

Patti Parks told council the proposed barn would be situated directly across from her home.

“We are being absolutely forced to inhale tons of airborne emissions,” she said.

“Airborne particles will cause us to be unable to open our windows, or pasture our registered Canadian sport horses that we’ve been raising on our property for 24 years,” she said.

She said young horses especially are sensitive to airborne particles.

“We would be unable to raise any more babies,” she said.

Karen Cofield also lives on Victoria Road. She said nearby residents received notification about the severance late last year. She said County staff suggested Prinzen wished to consult with neighbours and, while residents produced a list of questions, they didn’t get answers.

“Now you have distrust with all the people on that street,” Cofield said.

She said residents weren’t looking to quash the project, but were looking for some workable solution for both parties.

“We were all prepared to sit down and talk with Jeremy, we prepared a list of questions to ask so we could understand the workings of the barn,” she said. “You’ve left us to YouTube, you’ve left us to the Internet and we all know some of that information isn’t true and we still don’t know anything about a broiler barn other than what we research.”

Prinzen said his County Rd. 3 family farm is at the point where it needs to upgrade and expand and that’s the reason he’s looking to purchase the lot. He acknowledged there were a lot of concerns shared during the planning meeting. 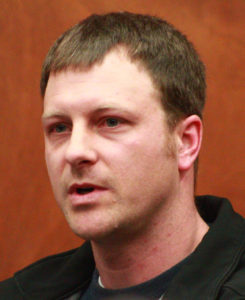 “I will do best to mitigate any adverse effects from the barn,” he said.

He said one of his existing chicken barns is just 100 feet from his home and is bordered on either side by residences. The farm currently raises about 70,000 chickens every nine weeks for about half the year.

“I’m not going to stand up here and tell you chickens don’t smell, they just don’t smell every day of the year,” Prinzen said. “There can be a few days near the end of the cycle where the aroma is higher than normal.”

Neighbours of the proposed barn have expressed concerns about ammonia and dust levels. Prinzen said any elevated levels would risk the health of the chickens.

“We raise healthy chickens, if ammonia and dust levels get too high, we cannot raise a healthy chicken,” he said. “Our farms are inspected, audited, on a yearly basis by Chicken Farmers of Ontario for a variety of different things, including dust and ammonia.”

A nutrient management plan for the proposed broiler barn was approved by the Ontario Ministry of Agriculture, Food and Rural Affairs (OMAFRA) on Nov. 21, 2017. All manure from the site will be loaded onto trucks and sold to a local mushroom farm.

Thompson suggested the discussion had lost focus. He argued council should be debating the severance itself, not a potential future use of the property.

“I thought this would have been over and done with in January, but because Mr. Prinzen and I were open and above board about the sale of the land, we have created a problem for ourselves,” he said.

A staff report presented to council at the meeting says a Minimum Distance Separation (MDS II) calculation was prepared by planning staff with input from OMAFRA which confirmed the location of the proposed barn conformed to the MDS formulae and would be appropriately distanced from nearby residences. The report says the nearest residence is 590 feet from the proposed barn.

Engineering, development, and works commissioner Robert McAuley advised council that the severance and zoning amendment were not allowing the broiler barn. That use was already allowable under the existing zoning.

However, there were councillors who continued to have concerns.

Amendments were proposed to move the MDS to 750 feet from the required minimum of 568 feet and to require a hydrogeological study to confirm the development wouldn’t have any impact on the quantity or quality of water in nearby wells.

Councillor Lenny Epstein said in a typical severance, the municipality might require a new well to draw at least three gallons of water per minute. He suggested the broiler barn might draw more water than the typical residential dwelling and felt a hydrogeological study would be a good idea.

“We’re talking about giving water to 28,000 animals and the amount of water potentially required to service this operation would be higher than a usual residential lot,” he said.

Councillor Treat Hull felt the discussion had strayed, saying council should be considering the actual issue at hand which was the severance.

“I’m concerned we’re straying to things that are way off base from a zoning application,” he said. “If the current landowner chose to, he could start a poultry barn — he’s entitled under right for that as an acceptable use.”

Ultimately, both amendments failed and the severance was approved by a majority vote.