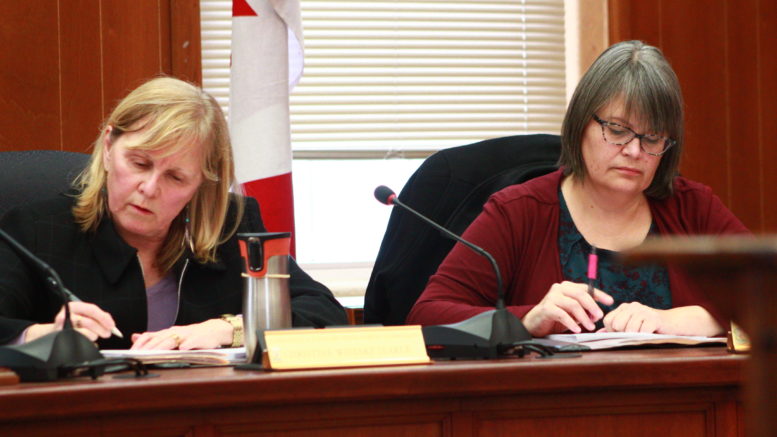 Members reflect on successes of past two years

As the municipality’s community and economic development commission selected new leadership this week, members looked back on some of the commission’s successes over the past two years.

Members of the commission are appointed for the term of council or until reappointed.

Former chair Bill Roberts elected to step down and invited nominations for a new chair at the commission’s March 12 meeting. Former vice chair Christine Winiarz Searle took over as chair and Lynn Sullivan is the commission’s new vice chair.

Roberts said it was a privilege and honour to serve as chair with a dedicated and talented group of commission members and County staff.

There were a few reasons for the decision. He felt it was an appropriate move to provide a smooth transition and there was a need for new leadership and different ideas.

“I’ve always believed that succession planning is important, that it’s important to bring fresh ideas and perspectives to a body like the commission,” Roberts told fellow commissioners at the meeting.

Additionally, with elections looming, he felt it would be best to step aside and ensure the commission is above any partisan reproach.

“It’s a pretty dynamic political cycle that we’re in at the moment,” he said. “I thought it would be very prudent to make sure that in no way could any other motivation except the very good work of the commission be attributed to the work of this commission.”

When travelling to events like the Rural Ontario Municipal Association (ROMA) and Ontario Good Roads Association (OGRA) annual conferences, representatives from other municipalities recognize the quality of the work the commission is doing, said Roberts.

Among the achievements made over the last two years are the completion and approval of a development concept for Picton Harbour, an accommodations market study, and the development framework. The CEDC has also made youth retention a priority, connected with the county’s major employers, and took on visitor services with a new approach.

Additionally, the commission crafted a performance measurement framework which will be used to assess the progress of various  initiatives.

“We’re going to be able to report back to council in a much more robust way,” said Winiarz Searle. “I know I heard from a number of councillors that they wanted really concrete indicators of how we’re going moving forward. From my perspective, that was a big achievement.”

Roberts said he wanted to remind the commission members of all that they had accomplished and thanked them for their work.