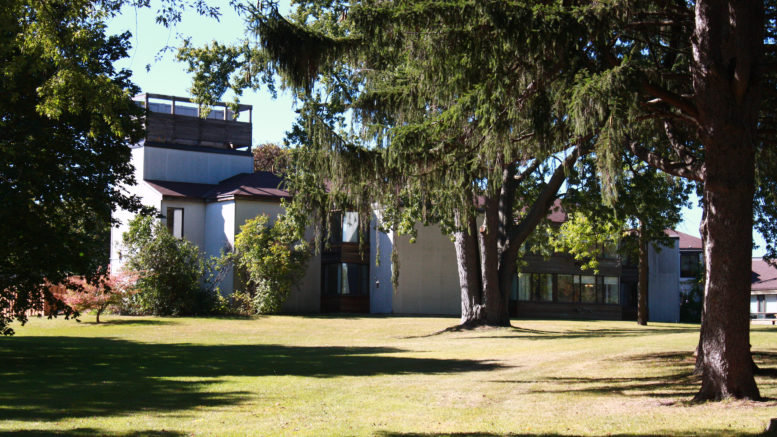 If the County is successful, the additional beds would support the immediate redevelopment of a 160-bed McFarland Home.

A staff report presented to council at their March 13 meeting says due to the inefficient size of the current 84-bed facility, the home has dealt with escalating operating deficits annually. The home must be redeveloped to comply with new long-term care standards by 2025.

The report says the vision for the future McFarland Home is a three-storey 102,000-square-foot building with 160 beds. The project is estimated to cost in the area of $30 million

A total of 64 beds — 40 per cent — would be offered as basic accommodations. The new home would be constructed beside the existing facility “ensuring residents’ lives are not disrupted during the redevelopment” the report says. There would be five new home areas, each with 32 residents.

The new and expanded facility would serve as a hub for the County’s Age in Place campus, the report says. That vision for the McFarland property was developed and endorsed in 2012.

The County’s application for the new beds details how the McFarland redevelopment aligns with the provincial government’s Patients First: Action Plan for Health. The application stressed the municipality is an established rural retirement destination with one of the oldest average populations in the province and there is growing demand for long-term care. The municipality is expected to see a 28-per-cent increase in seniors over the age of 75, the report says.

“Additional capacity at H.J. McFarland Memorial Home would help relieve pressure on the local health-care system and expedite the discharge from local hospitals of seniors who are unable to return home but no longer require the intensive level of care provided in a hospital setting,” the report says.

“It’s too small to be efficiently managed and it’s financially unsustainable,” he said.

With redevelopment of the home needing to take place by 2025, Hull questioned when the municipality has to begin planning for the project and asked whether there is an alternate plan in the event the application for new beds is unsuccessful.

Chief administrative officer James Hepburn said staff will have to wait to hear the status of the application before progressing further with redevelopment plans, but said it’s clear planning should begin this year.

“We did spend some time putting the pricing together for the new build, plus there was a consultation to do to determine a reasonable construction schedule because they want these beds online by 2022,” he said. “My course of action would be we see how this goes — we should have an initial reaction by May or June — but by July or August if this isn’t going to go, there’s another process for just redevelopment that we can start, but I think we have to start this year.”

In terms of alternative plans if the application isn’t successful, Hepburn said the County worked with a pair of consultants on the application — one of them a former vice-president of a nursing home corporation — and will continue to have discussions to help identify the best approach.

“I want to get busy understanding efficiencies as to where we can get to,” said Hepburn. “I don’t know that we’ve substantively started, but we’re certainly going to start those discussions with him in the next month.”

Hepburn noted that for the last several years the municipality has been putting away about $80,000 annually for the future redevelopment and over $200,000 has been saved to date.

Councillor Kevin Gale asked whether members of the medical community would be consulted as the municipality forms the redevelopment plan. Hepburn said there would be broad consultation.

“We’re going to draw on a number of resources to look at what this facility is going to look like,” he said. “…We’re looking at a $30-million project, so we’ll certainly consult widely.”