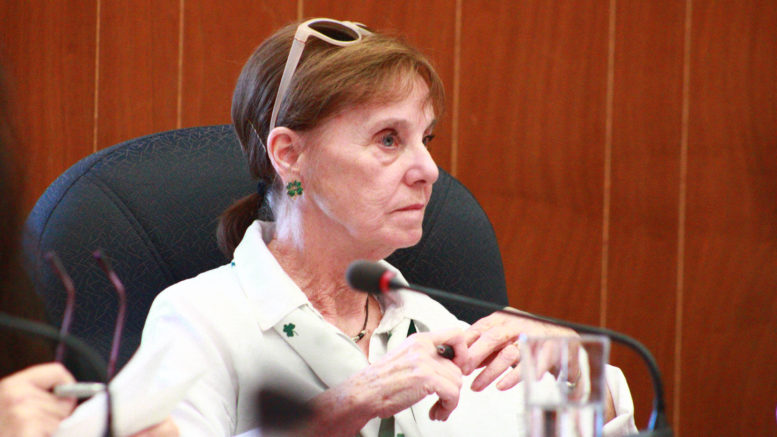 Councillors have made their recommendation for acting mayor.

During last week’s committee-of-the-whole meeting, councillors recommended Ameliasburgh councillor Dianne O’Brien for the position of acting mayor. If the motion is approved by council at their March 27 meeting, O’Brien would take over for Mayor Robert Quaiff on May 1.

While not required to do so, Quaiff will take a six-week leave of absence from the position on that date to run in the provincial election as the Liberal candidate in the Bay of Quinte riding. If successful in the provincial race, Quaiff will resign as mayor and council will have to decide who will hold the seat until the October municipal election.

There were three nominees put forward during last week’s acting mayor discussion: O’Brien, fellow Ameliasburgh councillor Janice Maynard, and Hallowell councillor Gord Fox. During an initial round of voting, Fox came out ahead with six votes to O’Brien’s five and Maynard’s two. Maynard was then dropped as a candidate and council voted once more. In the second round of voting, O’Brien topped Fox by a margin of eight to five.

O’Brien told fellow councillors during the discussion that she appreciated the support and is totally committed to council. She said she would do all she could to ensure things run as smoothly as possible during her tenure.

“I was absolutely honoured and excited,” O’Brien told the Gazette.

Asked about her intended approach to the position, she said she simply hoped it would be a smooth transition.

“I don’t have any agenda, I just want everything to move smoothly and wait to see what happens in the provincial election,” she said.

While there are many added responsibilities that come with the position, O’Brien said she isn’t intimidated.

“I don’t feel daunted by it, council gets along well enough that we can handle any transition quite smoothly,” she said. “I’m excited, I see it as a privilege.”

O’Brien said she had no intention of running for mayor in the upcoming election.

“My interest has always been to address the concerns of the taxpayers and not advance myself politically,” she said. “I don’t see this as a stepping stone for any future advancement. I’m very happy being a councillor.”

The three-term councillor said she has spoken to the mayor and made arrangements to do some basic training in preparation for May.