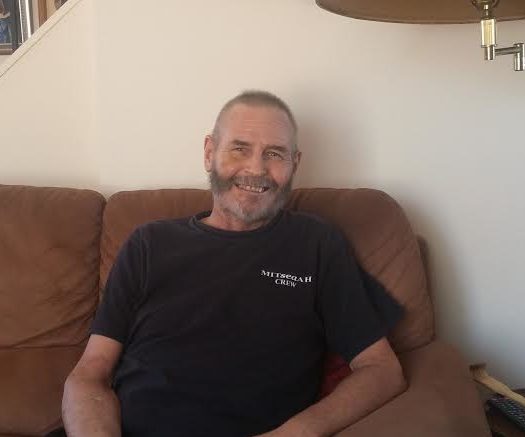 Earlier this year, the Gazette presented the story of Dries and Nita Lombard, a couple from the African country that had moved to Prince Edward County to be closer to family living in North America.

Dries and Nita quickly became ingrained in the community and were well known and loved by their neighbours on Morrison Point Road and their church family at Emmanuel Baptist Church in Bloomfield.

But not long after arriving, Dries Lombard took sick and his illness was soon found to be leukemia

Attempting to immigrate to Canada while living here, Dries Lombard didn’t qualify for health insurance and the community rallied to support him while he received treatment at Kingston General Hospital.

Family friend and fundraising organizer Tracy McLellan told the Gazette Wednesday that  Lombard was expected to meet with doctors in his native country this week for further tests and explore what further treatment options are available.

“There wasn’t enough evidence to make a call as to whether he was in remission completely or not,” McLellan explained. “The test were inconclusive and the absence of leukemia cells doesn’t necessarily mean remission. He has to have another bone marrow test in South Africa and hopefully by that time there’s enough built up in his system so they will be able get a good test.”

That test will determine Lombard’s treatment path and with brothers living in South Africa, there are better candidates for bone marrow donation should that option be required.

That  Lombard recovered from treatment and was well enough to make a trans-Atlantic flight to South Africa is nothing short of miraculous.

The prospects of the retired gold- and silversmith ever being able to walk out of his hospital room in Kingston were grim at various times during the treatment cycle.

“When it looked like he turned a corner and his health started to improve, his doctor’s walked into the room and said. ‘You’ve got the miracle you’ve been praying for’,” McLellan added.

In a video message to his friends at Emmanuel, Dries Lombard thanked the congregation for their support-both spiritual and otherwise.

McLellan added that the Lombards wished to thank the staff at KGH for their amazing care and compassion Dries received.

She added the family intends to apply for the next immigration intake when Lombard’s health has improved and return to Prince Edward County soon.