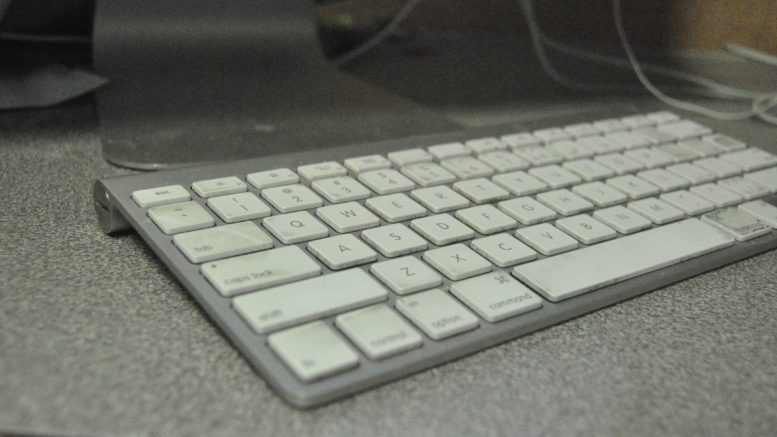 SCAM- A local business was targeted by a most likely foreign scam artists earlier this month. (Jason Parks/Gazette Staff)

But recently, the county native found herself almost ensnared in fraud as some unknown individual tried to scam her photography business Paper Reflections.

It was a first for Tran who has been operating Paper Reflections for the past decade and full time for the last six years.

She reached out to the Picton Gazette last week due to the insidious way this scam could have damaged her business and wants other small businesses in the community to be wary.

Tran explained that, up until early March, her email inbox for Paper Reflections had never had much by way of phishing attempts for fraud emails except for some very obvious ones such as the Canada Revenue Agency or the major bank emails that seem to be making the rounds these days.

But on March 13, an individual contacted her about photographing his 70th Birthday party in April.

Tran replied she would be available on that date, explained her rates and made the typical inquires of what would be required on the day.

“I always wonder when the grammar and spelling is a little off but the person claimed to be turning 70 years old so I gave them the benefit of the doubt because people that age aren’t always proficient with computers,” Tran said. “But by the second email, my gut was telling me something’s not quite right.”

The grammar and phrasing in the second email indicated that english was a second language for this individual however Tran wanted to make sure that, if the request was legitimate, she wasn’t offending a potential customer.

“I carefully moved forward in a way not to offend but also not to give out too much information either,” Tran added.

The email chain continued and even included an address of a home in Belleville that would serve as the setting of the birthday party.

But the grammar worsened and lacked Canadian versions of common words (check vs. Cheque).

And finally, the giant red flag Tran was expecting, fell.

The person informed Tran that a cheque was arriving at her house soon that would include both her rate for the party, the cost of the caterer and a $100 inconvenience fee for the photographer who was kindly being asked to pay the food service provider out of the balance of the cheque.

A song and dance about being in the hospital under doctor’s observations and that only one ‘paper-check’ was available for payment for both contracted services was added to the email to get Tran to attempt to cash the sure-to-be fraudulent cheque at her bank.

“I don’t expect there would have been an instant where I would have actually met someone, I’m sure there would have been a thing come up where I would need to send the money electronically or by Western Union,” Tran figures. “I know a lot of caterers, I go to weddings every weekend and I was sort of wondering who they might be using as a front that way.”
Tran soon discovered the house in Belleville wasn’t registered in the potential client’s name and the phone number provided was a US number.

The scam was quickly falling apart when the person sent a final email and said he was a “respectable and God fear person so, you don’t have to be skeptical about this, I just need your favour (sic) to sort out this present situation and I will be grateful if you can help me out as requested. I am not mean to go through much stress now due to the surgery I just had, hope you understand and thanks in anticipation.”

A cheque, looking quite legitimate to Tran’s eyes complete with watermarks, was eventually delivered to her home and it, along with the correspondence, was turned for the the Canadian Anti-Fraud Centre in North Bay, Ontario.

The way it hurts business owners and consumers is if the cheque is deposited into a bank account.

The individual is responsible for the cheque that will ultimately come back due to non-sufficient funds or may not even be attached to an actual account.

By the time the overpayment scam is discovered, the balance has been sent somewhere in the world via Moneygram or Western Union.

Gunson said Tran was right to feel suspicious as the email chain broke down.

“There’s red flags in terms of tells in the emails and when those ‘spidey-senses’ start tingling, don’t disregard them because they are usually on point,” Gunson told the Gazette. “Businesses need to keep up to speed on what is out there because the scammers are going to try and infiltrate and see where there’s an open door to try and steal your hard-earned money.”
With March being designated Fraud Prevention Month in Canada, it’s worth pointing out that less than 5 per cent of mass marketing fraud is reported to authorities and, while some might think it’s impossible to stop these foreign rip-off artists, Gunson said information helps keep the CAFC ahead of the curve.

“It’s often very, very difficult to track these people down because it’s organized crime and it’s transnational so it’s out of the country but what we do here is to work as a central data repository,” Gunson explained. “Mass marketing fraud complaint should be reported and put into our system and investigators will use the data we collect and work with our national and international partners. We appreciate when consumers report a fraud and if they are targeting a business in Picton, they can be targeting businesses from Newfoundland to British Columbia and we can track emails and gather evidence for future use.”

The three R’s of the CAFC are ‘Recognize, Reject and Report’.

Gunson said the group wants to get consumers and Canadian businesses to immediately recognize scams for what they really are and then reject them.

The report aspect helps keep the CFAC and, in turn, the greater public ahead of the curve when these attempts start to show up via phone, text or email.

The CFAC creates and provides online tool kits for business owners, seniors, etc. That explain and illustrate how the latest scams work and how people can protect themselves.

Gunson said when possible, try to verify the person who is contacting you independently and pay attention to grammar and spelling in online conversations.

Also, never accept a cheque for more than what you are asking for the goods and/or services you are selling.

“The key to this scam is there’s always cheque that’s more than the amount that is needed and that has to be a huge red flag.

In Tran’s instance, there was the catering costs that needed to be paid out as well as a $100 bonus for the inconvenience of handing the extra money.

When asked what her advice might be to fellow business owners in Picton, Tran said instinct should tell a person when something is too good to be true.

“Trust your gut, you should know when something feels off,” Tran said.

Part of the reason Tran came forward was that a friend who is a photographer and graphic designer based in Belleville fell victim to a very similar scam recently.

“She created a few designs and invested a significant amount of time into the process,” Tran said. “Eventually, a cheque arrived and the person said ‘I sent you too much, can you send the balance back’ and then she figured out it was a scam,” Tran said. “She didn’t cash the cheque but she did work that she will never be paid for and I’d hate to see that happen to someone in our community.”