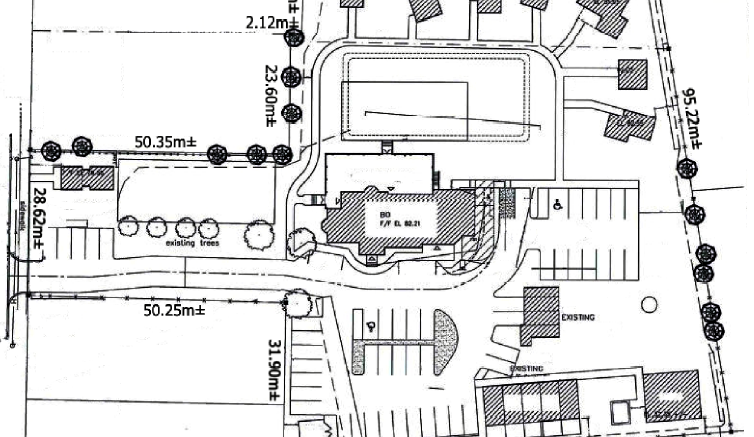 Council approved official plan and zoning bylaw amendments last week which could pave the way for the development of a 20-unit hotel in Wellington.

Councillors voted in favour of the amendments during a March 21 planning meeting. The lands at 192 Wellington Main Street had been split designated village residential area and village core area. The official plan amendment changes a portion of the land from a village residential area designation to the village core area designation. The zoning bylaw amendment rezones the property from urban residential to a site-specific special core commercial. The zoning amendment includes a holding symbol that will only be lifted when required studies — including water capacity and traffic impact assessments — have been deemed satisfactory to service the development.

The proposed development, situated on 2.25 acres of land on the north side of Wellington Main Street between Belleville Street and Maple Street, is proposed to include a restaurant featuring seating for 19 with an outdoor patio that could accommodate up to another 81 people. The existing building centred on the property would be renovated and would include eight hotel units. The development would also include seven one-storey cabins on the east side of the property and five new hotel units behind the existing commercial plaza at 186 Wellington Main Street. A new one-storey commercial building is also proposed. A total of 58 parking spaces are to be included on site. 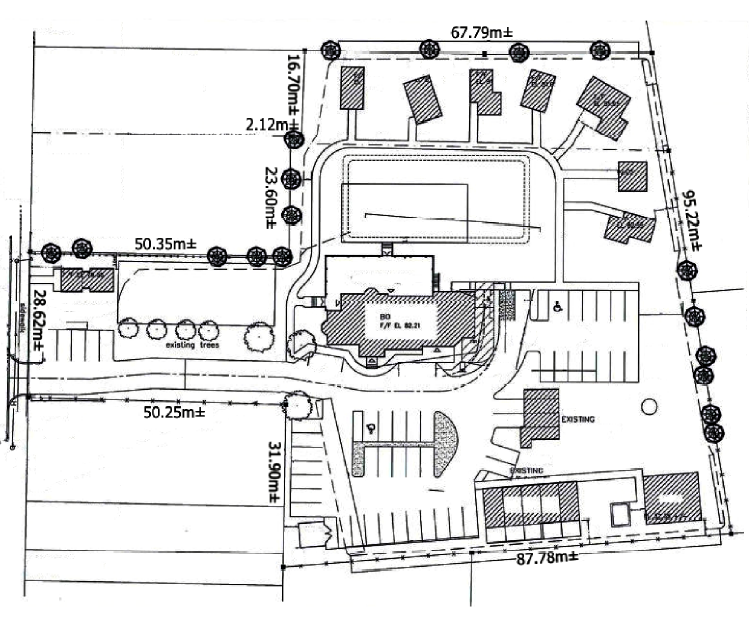 “We definitely do understand concerns surrounding the introduction of a new commercial business into the community,” she said.

She said the hotel would be owned and run by two families with a goal of working closely with the County, neighbours, and the overall community to operate the business in a responsible manner.

“When we first walked into the Carly House we instantly fell in love — it’s an incredibly well-built home filled with history, you can feel it when you walk in the doors,” said Buckingham. “We want to bring this building back to its former beauty and create a space where the community, families, and friends, can come together.”

“We absolutely look forward to working with our neighbours, the County, and the community to get this project up and running,” she said.

Staff recommended the amendments be approved. County planner James Bar said the amendments are consistent with the community vision for Wellington and the Provincial Policy Statement.

“The redesignation supports the redevelopment and growth with the existing built up area and provides year-round economic opportunities,” he said.

The proposal would see a defining building within the village redeveloped and would place visitors within walking distance of local businesses and key sites, he said.

“The overall site development has considered the existing adjacent land uses and is designed to create a compatible redevelopment that integrates into the existing residential development and commercial character of Wellington Main Street,” said Bar.

Tim Mulroney lives just a few doors down from the site. He said he has serious concerns about how the development has progressed. He said the proposed development changed quickly after he attended the open house last May and since that time both he and his wife have received conflicting information about plans for the site.

“We do have some serious concerns with the rezoning — 2 a.m. noise, light pollution,” he said. “I live a stone’s throw away from a 3,000-square-foot patio — it’s going to be inescapable in the backyard.”

He said the cabins would also abut his property.

While some concerned neighbours asked that the decision be deferred, council ultimately approved the amendments.

Wellington councillor Jim Dunlop felt it could be a win-win situation for the village.

“It’s going to provide jobs, accommodations and at the same time you’ve got to respect the neighbours,” Dunlop said.

After walking the site several times, Dunlop argued there’s still an opportunity to for plans to be tweaked to help mitigate some concerns.

“The cottages could be moved a bit, there could be a row of trees or a fence, the cabins could be faced a certain way,” he said.

He suggested the developer could get together with concerned neighbours to help work some of those things out.

“The two parties could work together to make it benefit everybody,” he said. “I think it’s going to be great for the village and we need young families and new entrepreneurs to keep the county as good as it is now.”

A site plan control agreement for the proposed development will still have to come before council for approval.