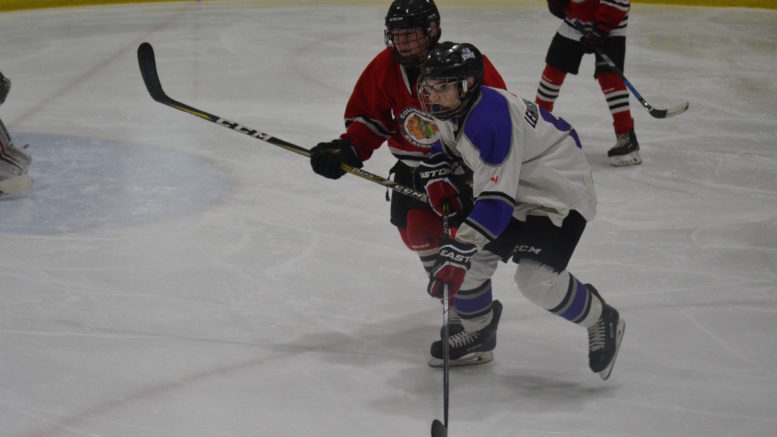 While they might not have captured an All Ontario title, there was still plenty to crow about at the annual Prince Edward County Minor Hockey banquet Tuesday night. 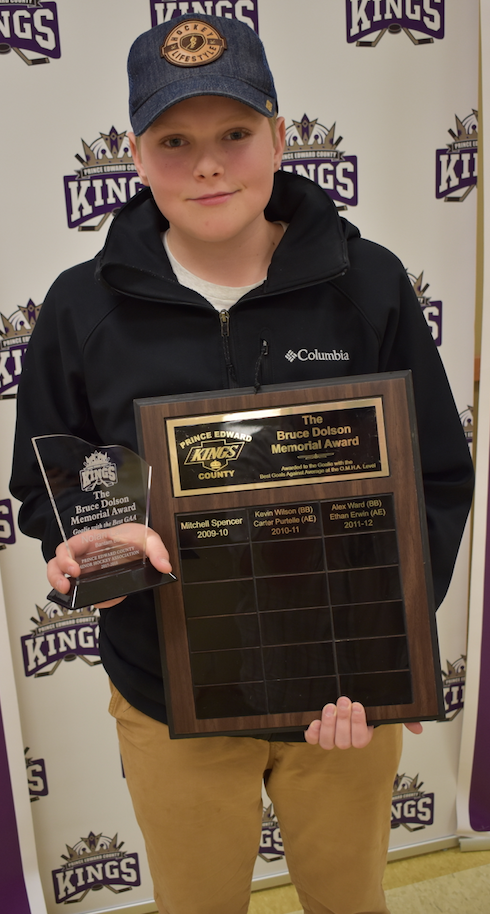 A total of 149 wins and 16 ties in 242 games played collectively and seven tournament titles that included four triumphs by the Terpstra Equipment Atom BB Kings was another point of pride for the Association.

Outgoing PECMHA president Darren Marshall pointed to these on-ice feats and explained the players were responsible for their part however it took a support system to reach the level of success the Kings attained in the 2017-18 hockey season.
“These are some of the impressive accomplishments that you all should be proud of,” Marshall said of the aforementioned awards, championships and records. “Of course none of these things would be possible without the support of many people that make the season a success.”

Marshall pointed to the municipality and the staff, team sponsors, initiation program organizer Darren Yuill, gate attendant Rosemary Moore, referee-in-chief Steve Prinzen and local officials, volunteer bench staff, parents and the executive members of PECMHA as all playing their parts in 2017-2018 to provide local hockey players a great organization in which to grow, develop and compete.

Among the hardware handed out Tuesday was the Bruce Dolson Memorial Award for top goaltender in the PECMHA by goals against average and it was a return for Bantam BB netminder Nolan Lane, perhaps the Kings answer to Dominik Hasek.

This season marked the fourth year in a row and fifth year overall that the Wellington native has posted the lowest GAA for a Kings goalie, posting a stingy 1.60 in 2017-2018. 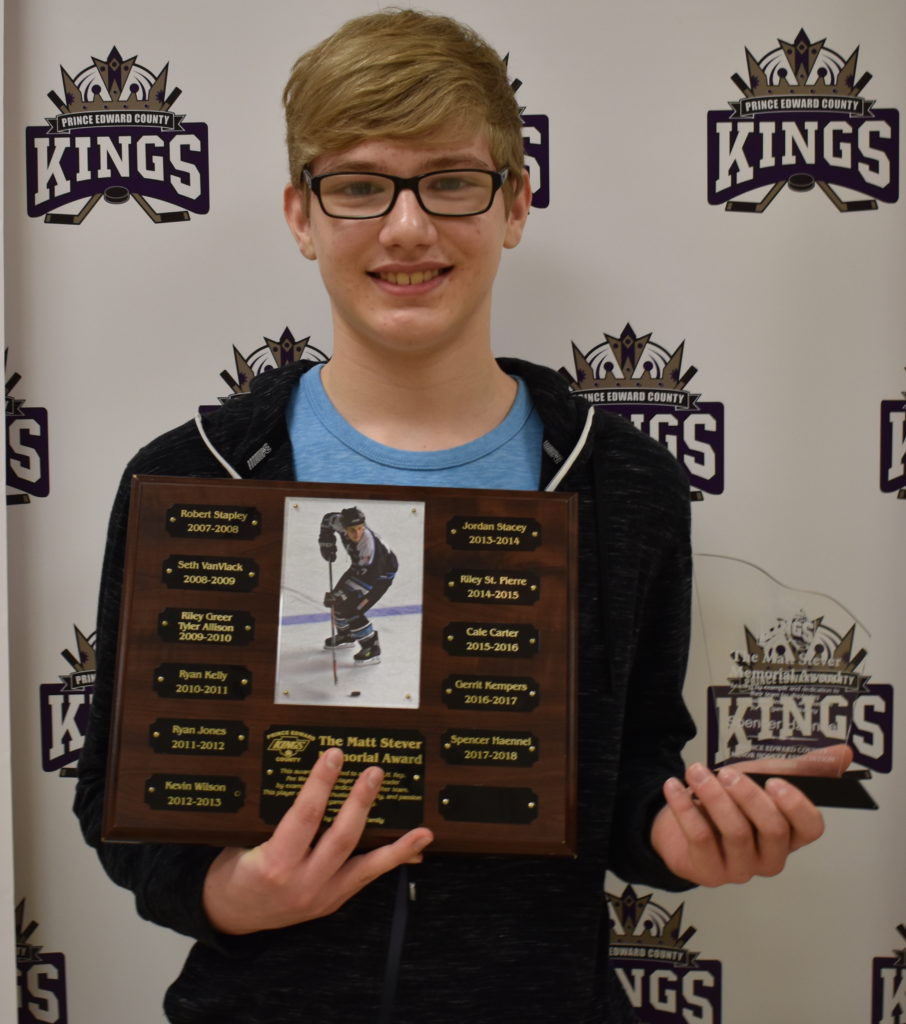 Tom Verner Memorial Award for most goals per game by a King- Mitchell Sills (57 Goals in 22 games). 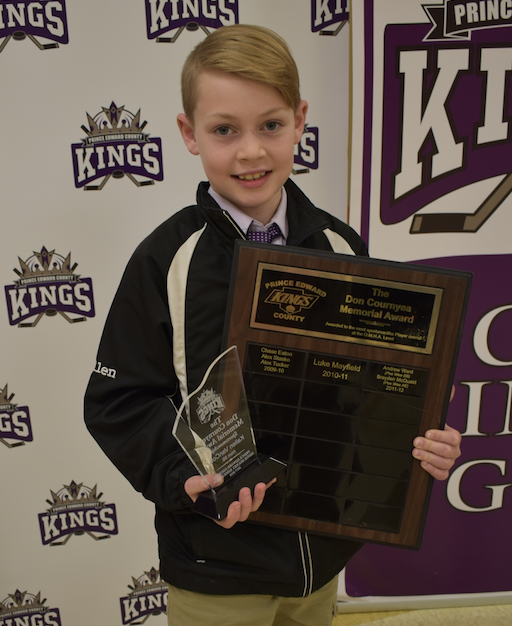 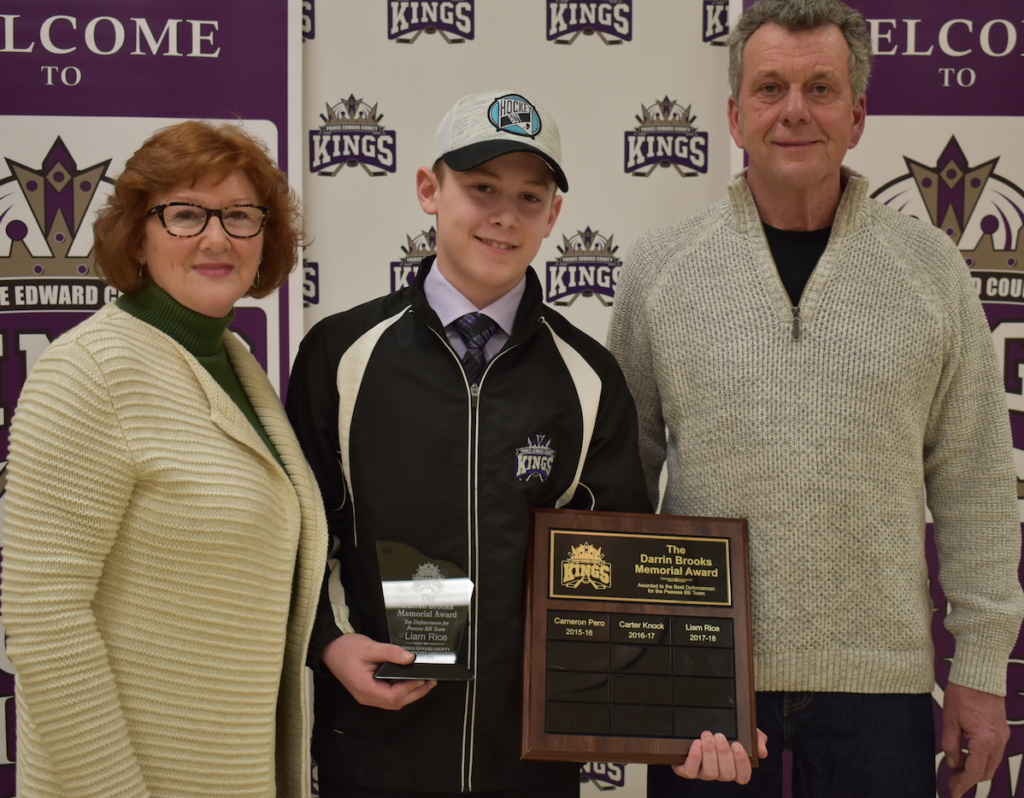 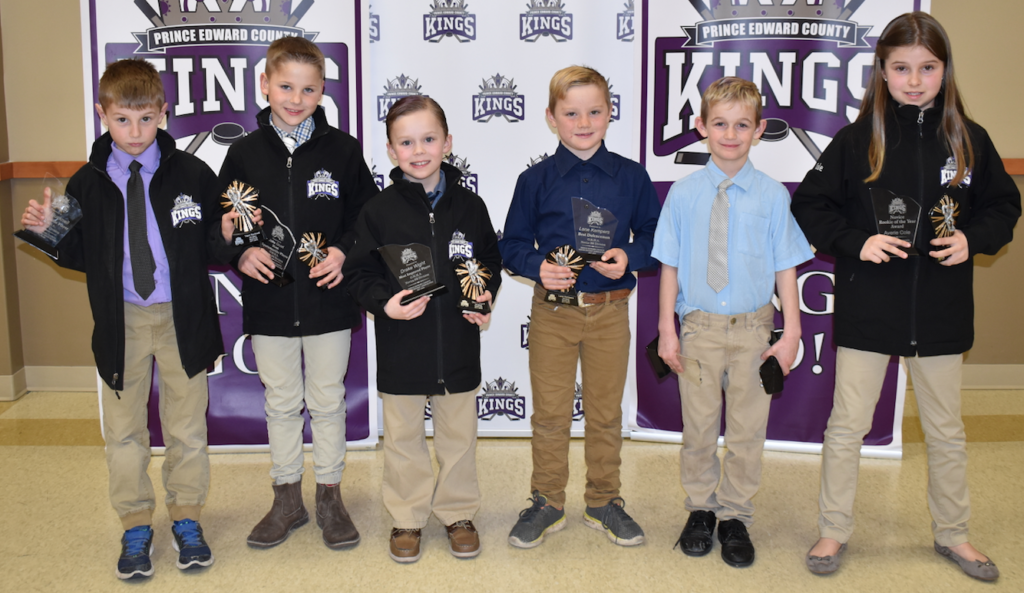 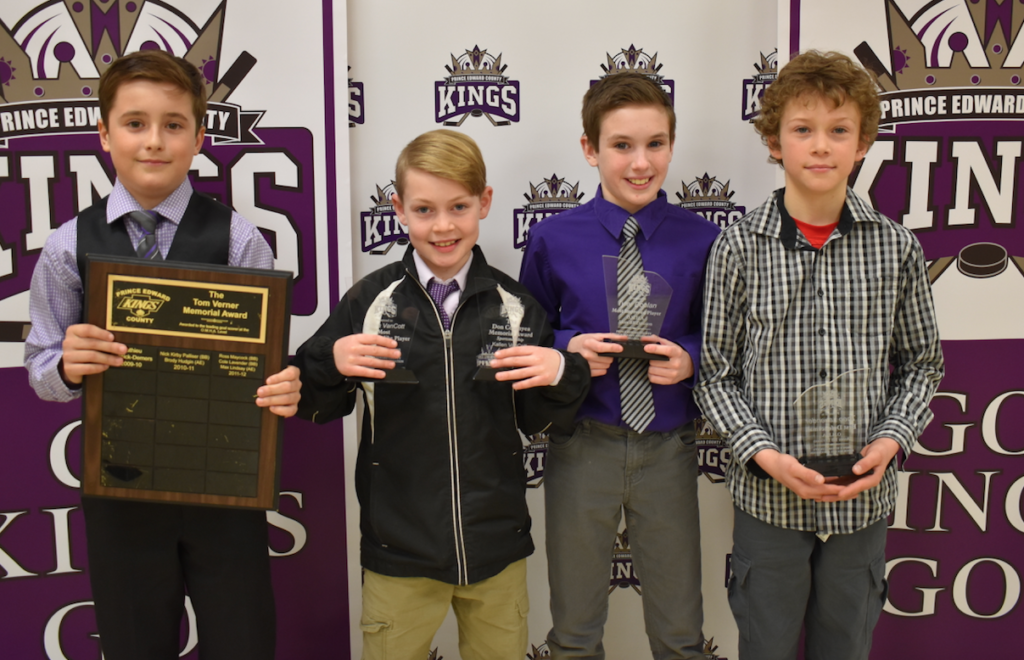 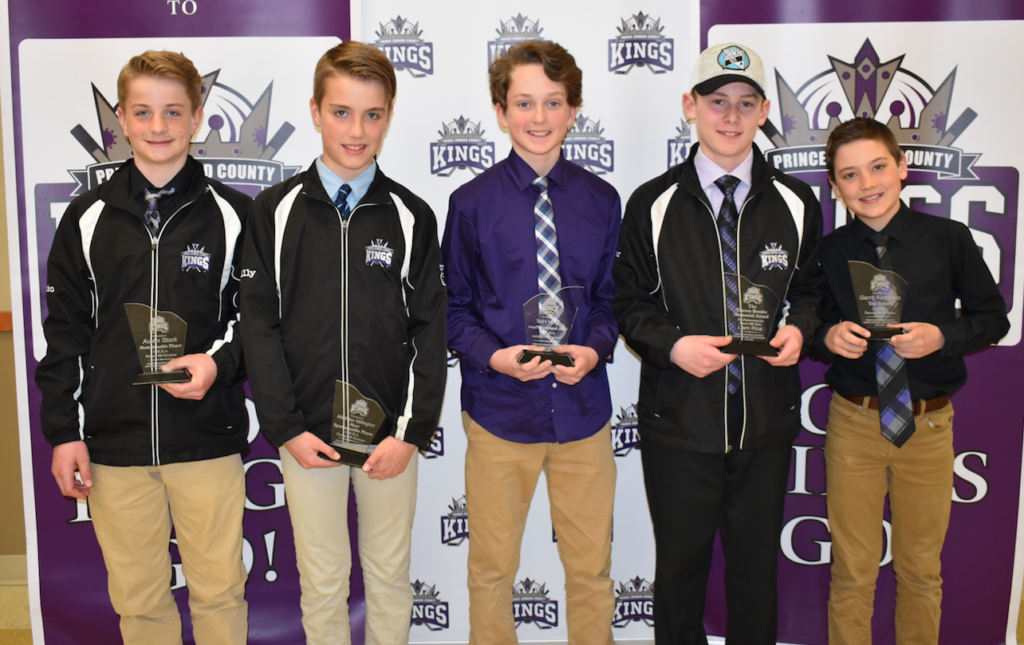 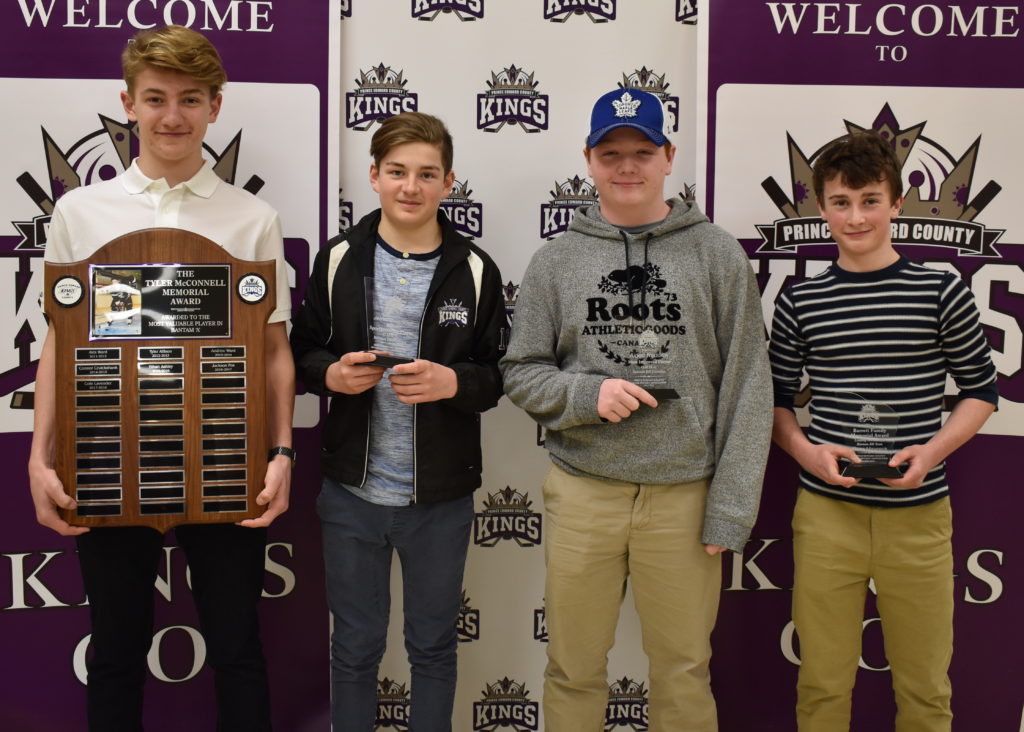 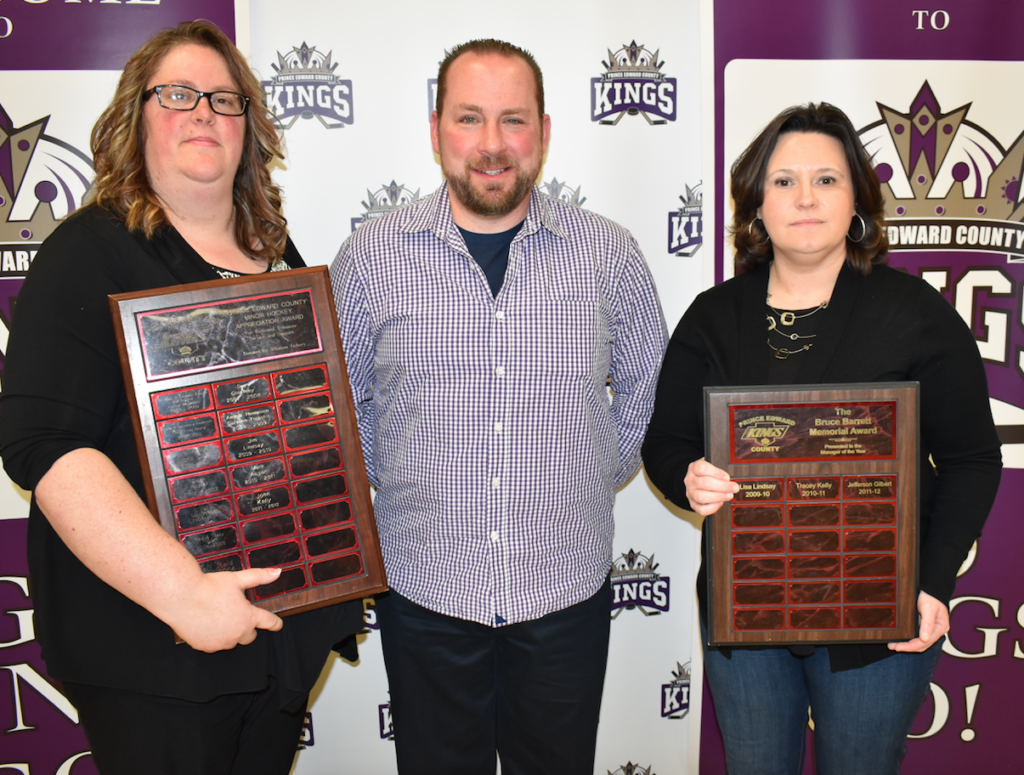