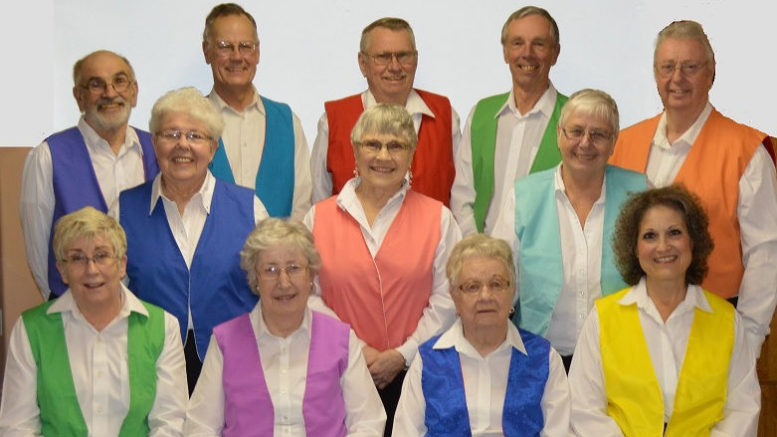 The Country Church Players will present The International Revue this Saturday. (Submitted photo)

Those interested in a lighthearted night of entertainment need look no further than the County’s north end this Saturday night.

The Country Church Players will be presenting “The International Revue” on Saturday, April 7 at Rednersville-Albury Community Church at 2681 Rednersville Road. The show starts at 7:30 p.m. and admission is $10 for adults and $5 for children. Net proceeds from the event will be donated to Wellington’s StoreHouse Foodbank. Non-perishable food items will also be accepted for donation.

The show will feature a mix of music and comedy from around the world. It follows in the footsteps of a similar show, “Canada Is,” held last year which celebrated Canada’s 150th anniversary.

“We’ve gone from Canada now to the world,” laughed group director Julie Butler. “We’ve been together for 10–15 years and we do little musical revues.”

The cast of about a dozen members sings, dances and performs sketches. Most members come from the congregations at Rednersville-Albury Church and Carrying Place United Church.

The International Revue will feature some classic sketches such as Monty Python’s “Argument Clinic” (which also represents England) and Steve Martin’s “King Tut.”

“It’s all very lighthearted,” said Butler. “It’s a fun thing, we’ve got a pretty good sound system and some lighting and stuff — we’re not professional by any means, but we try to put on a good show for people so they can get out and have some laughs.”

Butler said the group has been working with the StoreHouse Foodbank for the last four years. They had held shows to benefit other causes in the past, but decided to focus on the foodbank after hearing from StoreHouse president Linda Downey.

“Linda Downey had been at the church and had done a talk and we all basically decided that was a really good charity to do,” said Butler.

She said Rednersville-Albury Community Church regularly supports the foodbank with a monthly event to generate food donations. With recent reports highlighting a high level of food insecurity locally, Butler said it was important to the group to try to help.

“It’s kind of staggering, I don’t think many people are aware of the situation,” she said.

The Country Church Players will take the show on the road to Trenton United Church on Sunday, April 8 at 2 p.m.