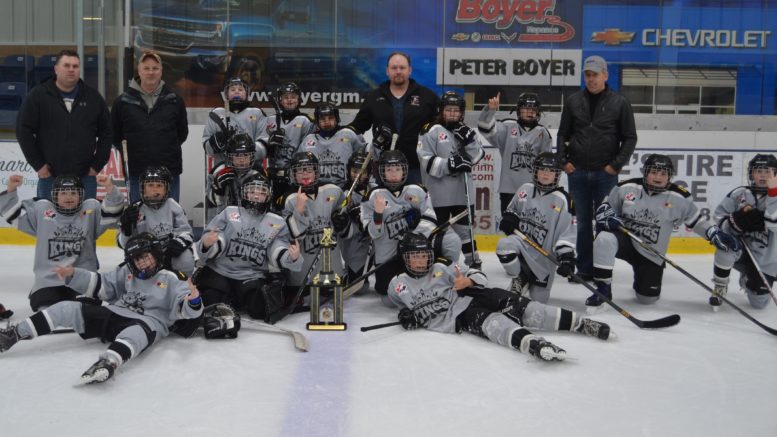 FOR EVERY KING, A CROWN- The AtoMc Silver Prince Edward County Kings captured the 2018 Inter-Community Hockey League B Playoff Championship earlier this spring with a 3-2 win over the Napanee Stars 3. (Submitted Photo)

The Prince Edward County Minor Hockey Association made some history this season in the Local League ranks as a local club captured the first Inter-Community Hockey League in County Kings history.

In fact, the die was cast during the round robin playoff portion in the bantam ranks as Sobey’s and Scotiabank finished the first and second, respectively, in the A playoff pool meaning the two teams would face off against one another for the A Championship. 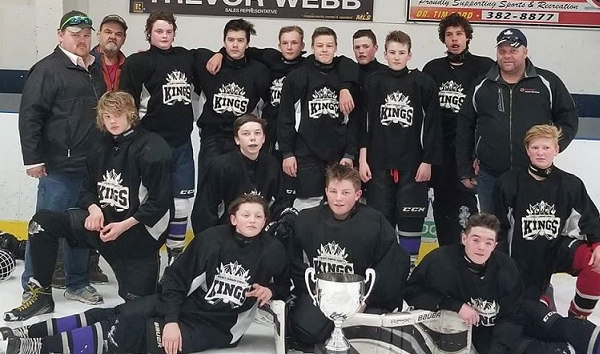 “It was another outstanding year in the ICHL for our association,” PECMHA President Darren Marshall said. “The level of play and the organization by the league is top-notch and I know our players and coaches really enjoyed themselves this season.”

With the departure of ‘Additional Entry’ or B teams in this part of Ontario, the ICHL has filled a void of for local organizations from Prince Edward County to Gananoque to Frontenac to offer out-of-town games without the competitiveness of representational hockey.

Sobey’s wound blanking Scotiabank 5-0 in the A finals.

In atom ranks, the Purple AtoMc Kings just missed out on an A championship, losing to the Stone Mills Sabres 2-1 in overtime while the Silver AtoMc Kings won the B championship with a 3-2 win over Napanee.

The 2017-18 Local League season was wrapped up with the annual County Championship and pizza banquet day. 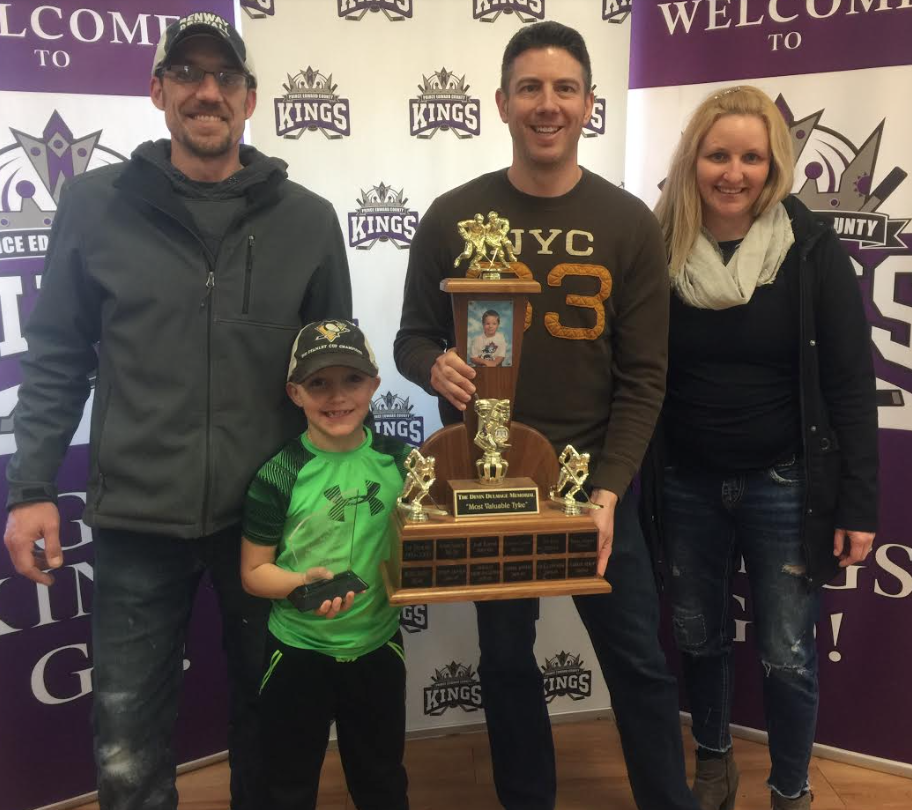 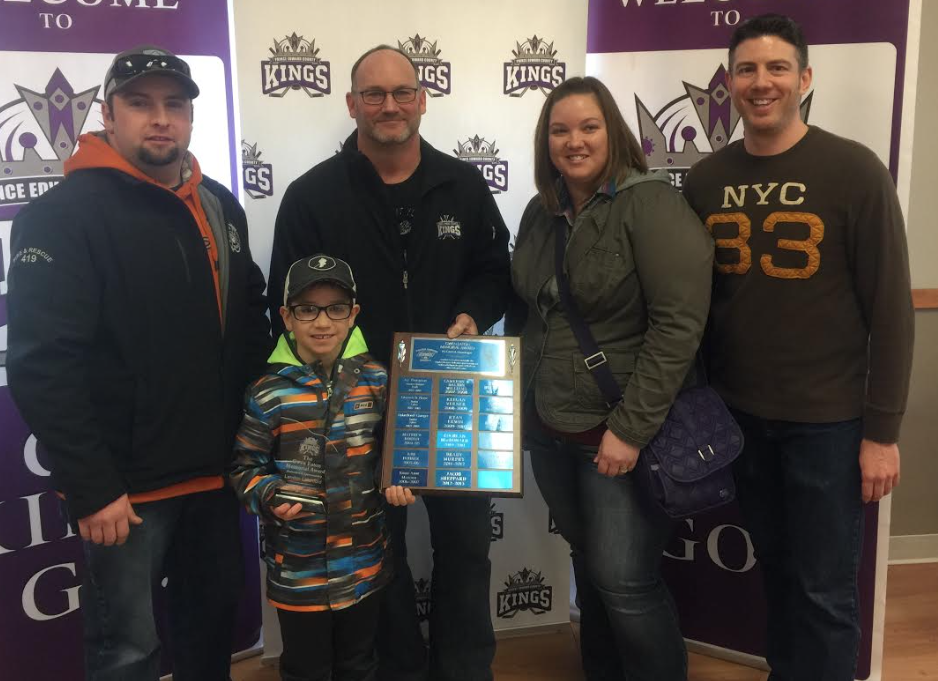 Elijah Memorial Award for love of the game of hockey and bringing fun and enjoyment to teammates: Bella Cole. 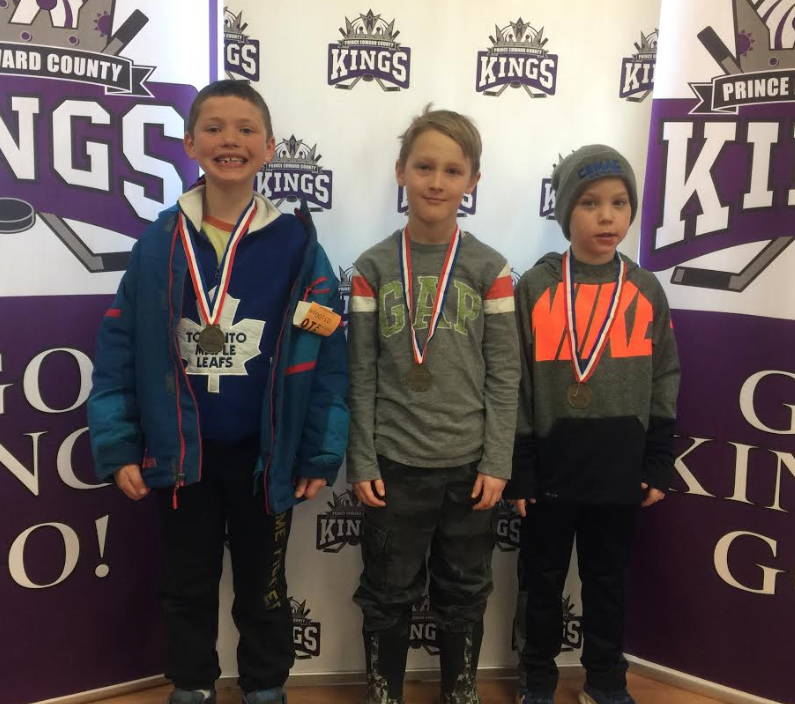 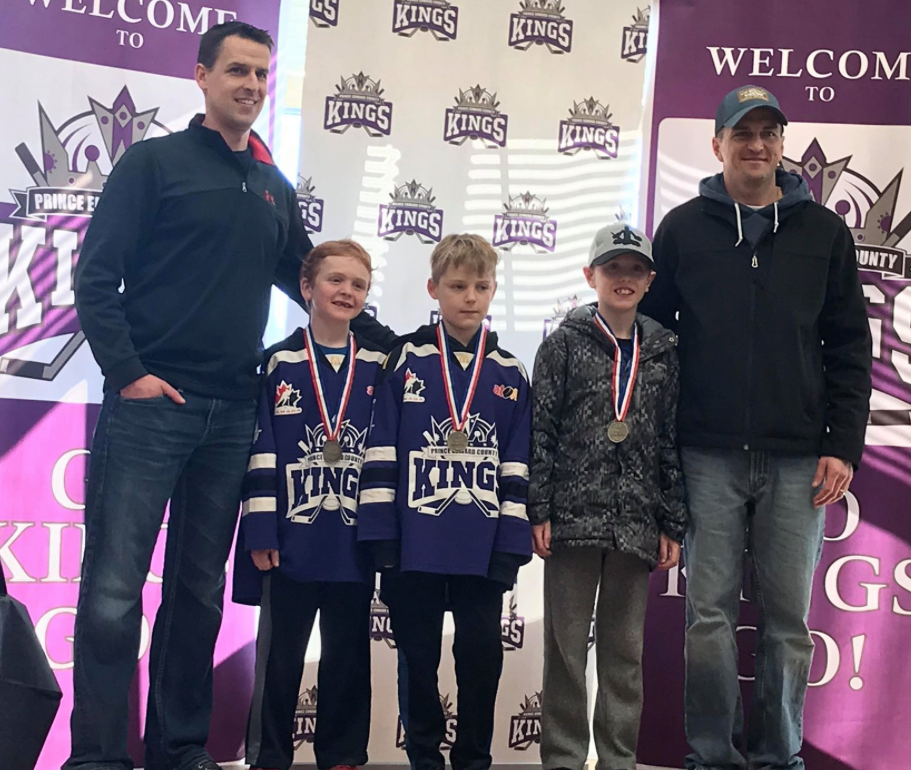 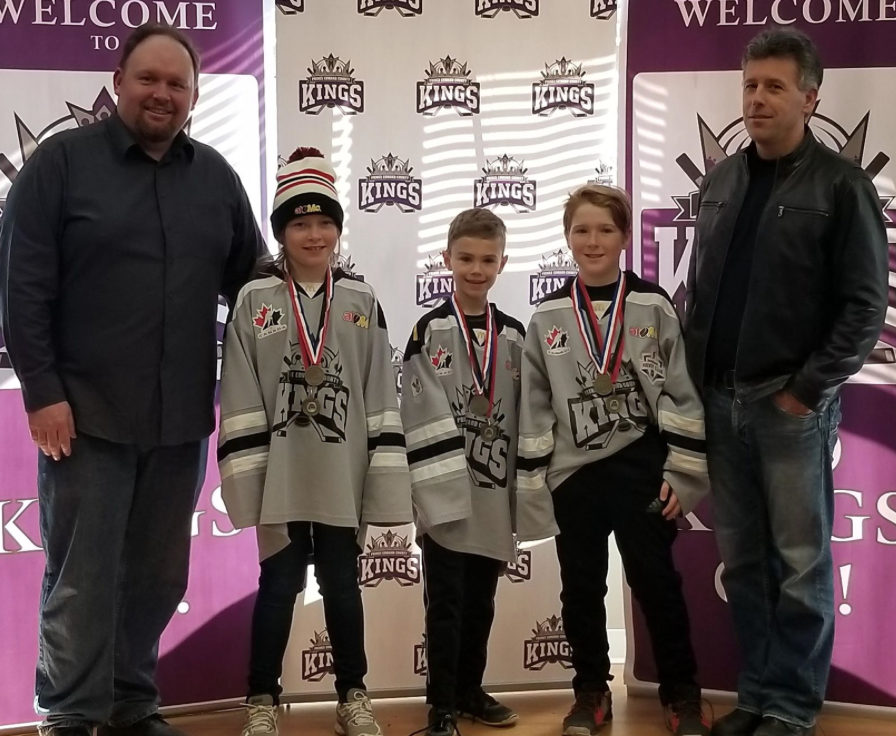