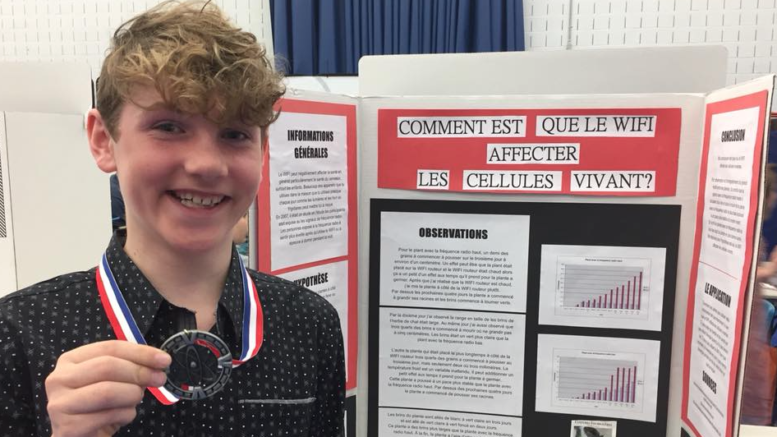 More than 200 students took part in the 2018 Quinte Regional Science and Technology Fair last Saturday and several county students were among those honoured.

The 58th annual fair saw more than $10,000 worth of awards and gold medals handed out. Five participating students qualified for the Canada Wide Science Fair.

The fair was held April 7 at Loyalist College and featured about 150 research projects from students from Grade 4 to Grade 12 who came from schools across Hastings and Prince Edward counties. The students competed for honours and awards in many categories, making presentations to judges throughout the day.

More than 100 judges listened to students present their projects from 9 a.m. to 3:30 p.m. when the awards ceremony began. Each student received a written list of comments from the judges with information about how their projects could be improved.

Chief Judge Pat Findlay said the enthusiasm of the students is central to the event and there are plenty of learning opportunities.

“One thing we often underestimate here is the opportunity for the students to learn other useful life skills — the chance to practice public speaking is great,” said Findlay. “But, for me, seeing the amazing work by the students keeps bringing me back year after year.”

Findlay congratulated all the students on their work.

The students were judged and interviewed throughout the morning. First, second, third and honourable mentions were awarded to each group of five to eight projects. A second round of judging determined the best project in each grade, best in fair, specialty awards, and the Canada Wide Science Fair awards.

The Canada Wide Science Fair awards include an all expenses paid trip worth $2,000 to Ottawa for seven days in May. That event will take place at Carleton University.