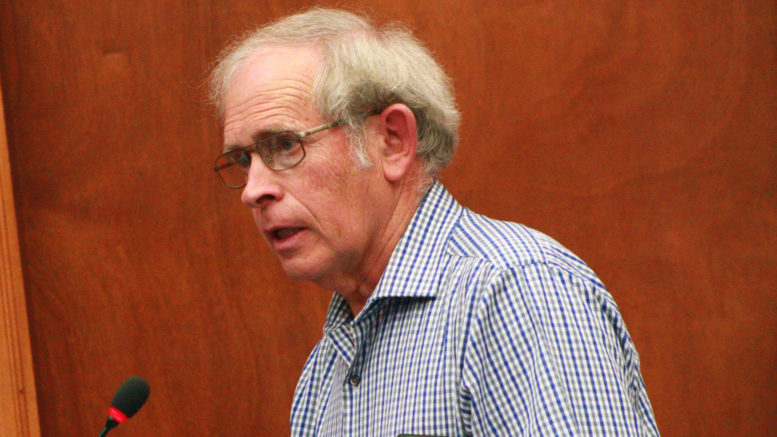 County staff are seeking additional information from the municipality’s legal counsel prior to Thursday’s committee-of-the-whole meeting when terms of reference for the new farming assistance ad hoc committee are slated to appear before councillors for discussion.

Chief administrative officer James Hepburn said staff sought a legal opinion on the municipality’s ability to provide grants to new and young farmers facing tax pressures. That opinion was sought prior to the writing of draft terms of reference for the new ad hoc committee and he said staff wanted further clarification prior to Thursday’s meeting.

“Based on the legal opinion there are a couple of different avenues we can take,” he told council. “That’s why we asked for clarification from our lawyers as to what is the most appropriate. I think there is a vehicle to accomplish what we want to accomplish.”

Agricultural advisory committee member and Prince Edward Federation of Agriculture president John Thompson told councillors it’s important to be fully informed of the legal review as the issue is a complicated one.

“The issue of can you bonus a sector of a tax class has been confusing because of the contradictory messages,” Thompson said.

He said the agricultural advisory committee already confirmed that no grant programs of this type are currently available and it had previously been stated that providing bonuses within a tax class is not allowed. He said that seemed to indicate support wasn’t possible.

“Contrary to that information we heard at the March 13 council meeting that financial assistance to the target group could be made to work and the ad hoc committee could work out the details for payouts within this tax year,” he said. “We interpret this as by September when the final tax payments are due.”

While that seemed to indicate something could be done, a report on Thursday’s committee-of-the-whole clouds the issue again.

“The message has seemed to reverse again with the staff report for Thursday, which recommends that committee, based on the motion to provide assistance to the target group, will lead to no financial implications,” said Thompson. “That seems like a no.”

He said council has to be fully informed of the legal review in order to determine whether any plan will be able to deliver on the stated purpose of the ad hoc committee. However, he said if a legal means to deliver on the objective is found, he’s confident a plan can be worked out prior to the September final due date for taxes.

“The ag advisory committee, Prince Edward Federation of Agriculture and the Prince Edward Local of the NFU will be willing, and no doubt able, to work out a plan to deliver on council’s motion by August,” he said.

Committee of the whole meets Thursday, April 12 at 1 p.m. in Shire Hall.