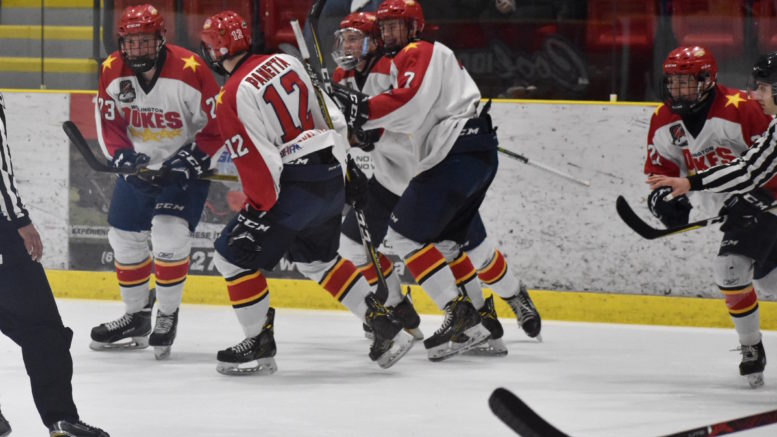 The Wellington Dukes took advantage of some sharp shooting and spot-on goaltending Monday night to increase their lead in the 2018 Buckland Cup final series against the Georgetown Raiders to two games.

The locals took Game 2 by a score of 6-1, finding the Georgetown Raiders net with some regularity after weathering an early onslaught by the Raiders.

Dukes netminder Jonah Capriotti needed to be sharp as the Raiders had several chances and hit a post inside the first ten minutes of play, making several big saves that kept the scoreboard at zeroes. 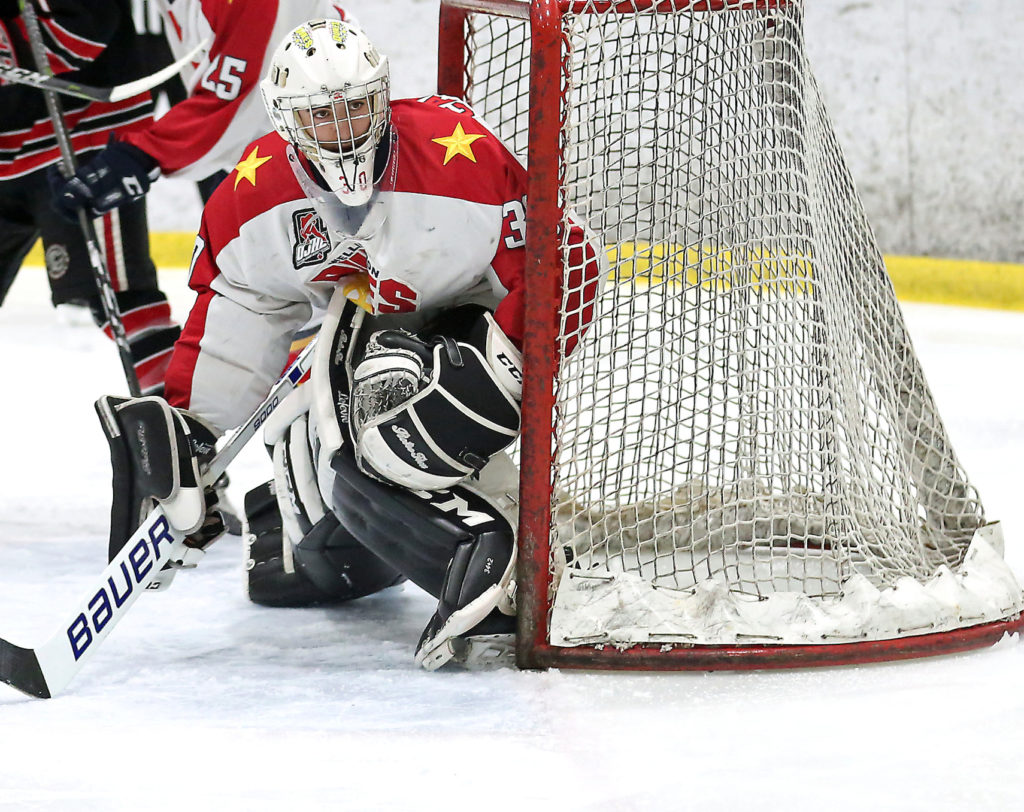 Finally, it was Bryce Yetman who gained the line for the Dukes and ripped a shot past Raiders netminder Troy Timpano with just over three minutes left in the frame to give Wellington a 1-0 lead.

The Raiders would outshoot the Dukes 17-8 in the first period but it would be the locals taking the play to the visitors in the second frame.

Just 24 seconds in, a blocked shot by Mason Snell sprung a two-on-one rush where Mitch Martan was able to feed triggerman Teddy McGeen and Wellington’s lead was doubled.

Perhaps the back breaker for the Raiders came some 30 seconds later.

Timpano ranged from his cage to clear a loose puck but the biscuit was intercepted by Josh Supryka just inside the blueline.

Yetman, who was first in on the forecheck, had staked out a space to Timpano’s right and the puck surely found him after a laser pass from the point.

Instead of one timing the feed from that angle, Yetman waited for the Georgetown netminder to slide to the post and open up slightly before beating Timpano five hole at the 61 second mark.

If that goal wasn’t the killer for the Raiders’ hopes of stealing back home ice advantage, Nelson Powers’ first Ontario Junior Hockey League Goal surely was.

With just over five minutes left in the frame, Powers would walk out of the corner and beat a partially screened Timpano to the glove side and the former OHLer with 68 Major Junior wins to his credit was pulled.

Unfortunately for both squads, things got silly in the third period with a plethora of minor handed out. 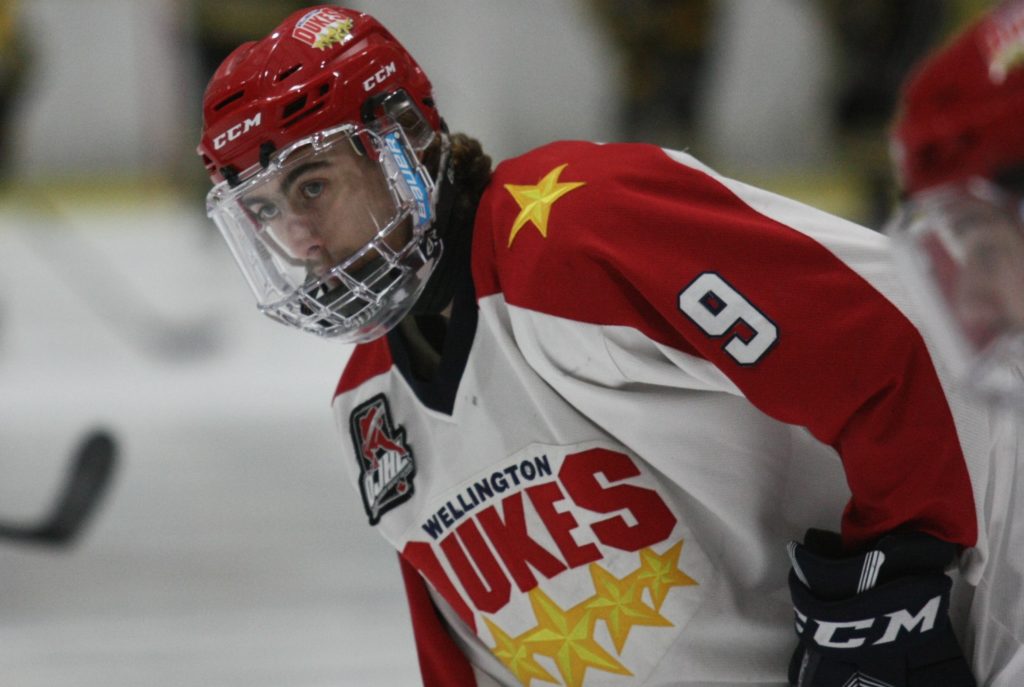 The worst came when Georgetown defenceman Carson Pearce got frustrated and attempted to fight Ben Evans at centre ice 6:51 into the third.

Pearce would wind up with a three game suspension for instigating and being the aggressor in the fight but Wellington’s Mack Warren also earned a sit down for coming to Evans defence and being the third man into an altercation.

Warren will sit the next two games of the Buckland Cup finals.

Afforded a seven minute powerplay, Wellington was able to run a portion of the clock down but did manage to beat Georgetown reliever Nathan Torchia a pair of times.

The Raiders finally solved Capriotti in the late stages as Zac Elson’s slapshot at 16:52 beat the Wellington netminder to the short side to erase any ideas of a Dukes shutout.

Game 3 goes tonight at the Mold Master Arena in Georgetown.

Game 4 will be played Thursday at the Essroc Arena.

‘Round the ‘Roc: The Wellington Dukes hockey club honoured those fallen in the Humboldt Broncos bus tragedy on Monday night. Former Bronco and Prince Edward County native Joey Davies took part in a pregame ceremony where the professional hockey player spoke highly of his time with the Bronco organization and thanked those who were supporting the club at this time…Summertime Prince Edward County resident and Montreal Canadiens winger Andrew Shaw was among the 900 people in attendance.