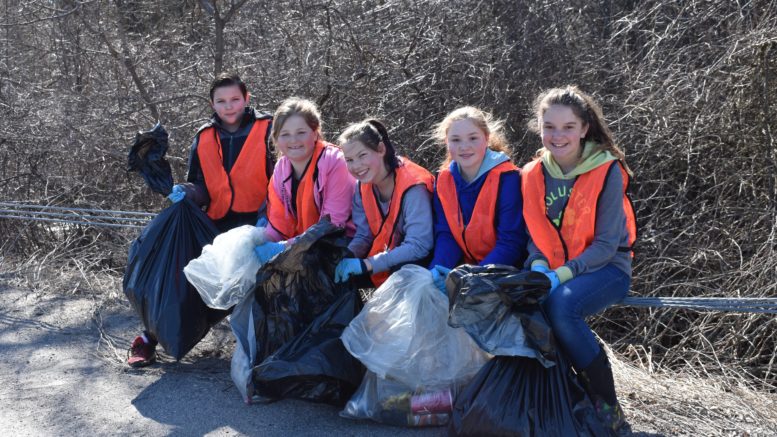 service with a smile Local youth team up to clean a section of County Road 22 in 2018. This weekend sees a return of a community clean up in Prince Edward County as well as a seedling sale and info sessions sustainable planting. (Jason Parks/Gazette file photo)

The first nice weekend of 2018 couldn’t have come at a better time for organizers and participants in the annual Quinte Region Trash Bash on Saturday.

Locally, over 300 community and ecologically-minded Prince Edward County residents took to the banks and ditches of the highways and byways all over the municipality and collected a large amount of garbage and recycling.

That number is up over 2017 which marked the first time the municipality formally participated in the regional initiative to beautify roadsides and parks.

Volunteers spread out across the municipality to collect garbage and recycling and then deliver it to collection sites in Picton, Ameliasburgh, and Milford.

Prince Edward County Mayor Robert Quaiff saluted those that grabbed a garbage bag and a pair of gloves and walked a section of roadway in their area, pitching in for the greater good of the community. 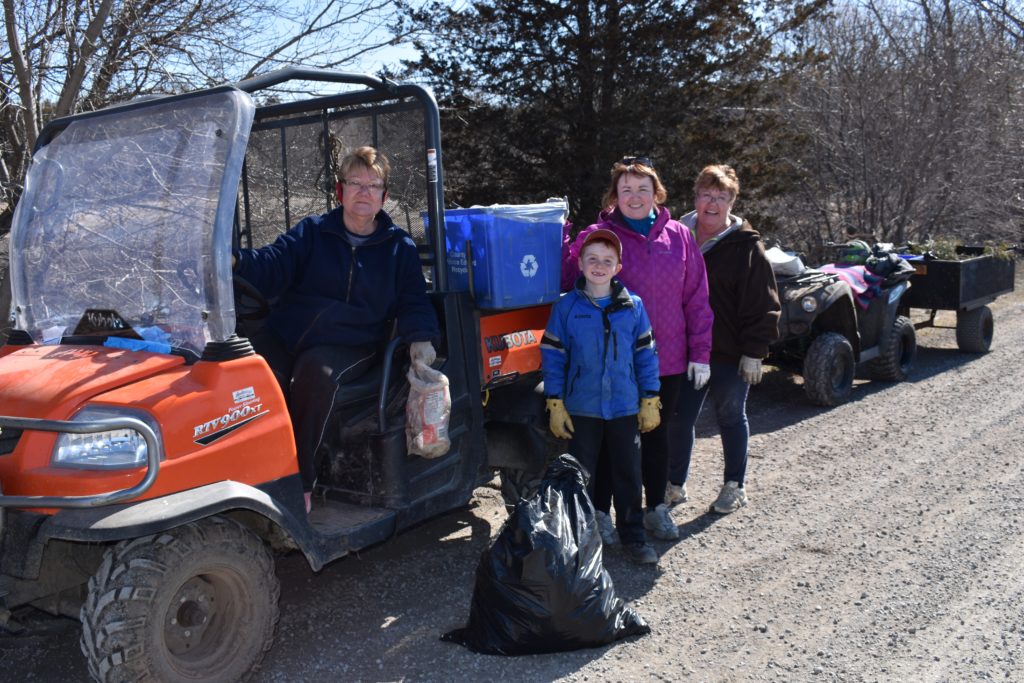 “I am incredibly proud of our community. On behalf of Council and the municipality, I want to thank all of the volunteers who dedicated several hours on a beautiful spring morning to cleaning up our roadsides and parks,” Quaiff said. “It’s unfortunate that this problem persists across the Quinte region, but I am heartened that so many County residents are willing to do something about it.”

Outdoor Facilities Supervisor with the County of Prince Edward Tanya Delaney said getting this large amount of garbage and recyclable items off the sides of roads and parks made the event a success.

“Not only does this event help put trash where it belongs, it serves to educate the public about the impact littering has on our natural environment. Some people might not think twice about throwing a cup or wrapper out the window, but over time that litter really adds up. We want to encourage people to think twice before littering,” Delaney said.

On Mowbray road, Nate and Lisa Mowbray were joined by Pat Guernsey and Anne Guernsey as they all combed the roadside looking for trash and whatever other ‘treasures’ might have been tossed from a passing car or simply dumped out of convenience by nature’s worst enemy-the litterbug.

“It hasn’t really been as bad as in other years,” Lisa Mowbray said. “There’s a lot of cigarette packages and we always find bags of diapers-and not just from kids. That’s why we bring the shovels.”

Nate was happy to find discarded beer bottles and was hoping to cash in at the end of the day by returning the empty suds containers to The Beer Store for the deposit.

When asked what he might spend all his newfound money on, Nate simply said “I don’t know.”

On nearby County Road 22, members of the 851 Prince Edward Cadet Squadron were getting in some physical training by starting at junction with County Road 10 and working their way upwards towards the former Camp Picton.

In total, 25 Cadets pitched in on Saturday.

“It’s fun to be outside, getting dirty and helping the community all at the same time,” Air Cadet Teagen Hungerford said.

In addition to the Cadets, there were a number of youth groups involved in Saturday’s event including the Recreation Outreach Centre whose members cleaned up around Picton’s downtown core.

Also involved were the Friends of the Millennium Trail who organized several teams that collected refuse along all 49 km of the multi-use trail.