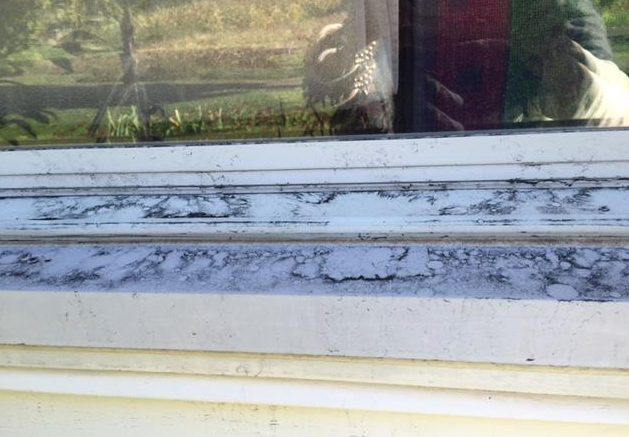 DUST IN THE WIND- Petcoke, a material used in the making of cement, was found at a White Chapel residence in October, 2016. (Submitted Photo)

A Picton-area port operation will be before the court later this month to answer a charge they allegedly violated the Environmental Protection Act.

A spokesperson with Ministry of the Environment and Climate Change confirmed to the Gazette Picton Terminals was charged by the MOECC April 23, 2018 with an offence under section 14 (1) of the EPA.

“The charge relates to the discharge of a contaminant (Petcoke) in fall 2016, which may have caused an adverse effect,” MOECC spokesperson Gary Wheeler said.

Petroleum coke (petcoke) is a carbonaceous solid delivered from oil refinery coker units or other cracking processes and used in commercial applications as fuel source including the production of cement.

According to the US Environmental Protection Agency, significant quantities of fugitive dust from pet coke storage and handling operations present a health risk and, once inhaled, tiny particles 10 micrometers in diameter or smaller can affect the heart and lungs and cause serious health effects.

The charges stem from a discovery made by White Chapel road residents Anne Taylor and Jack Vanderholst in October, 2016.

The couple had returned to their Prince Edward County home to find their home, pool and property covered by a layer of fine black particulate later confirmed to be petcoke stored at nearby Picton Terminals.

Taylor and Vanderholst contacted the MOECC concerning the petcoke dust on their property and made a complaint to the Spills Action Centre.

That complaint lead to the port operation being charged late last month.

Picton Terminals Owner and Operator Ben Doornekamp confirmed to the Gazette in fall 2016 the petcoke material at Picton Terminals was owned by Lefarge, arrived via transport and would leave in the same fashion for use at the company’s cement plant in Bath, On.

Doornekamp explained at the time the company had set a protocol of soaking the petcoke pile with water to mitigate potential rogue dust emissions however the pile was covered after it became apparent the practice wasn’t keeping the material from blowing into the neighbouring property.

This matter is scheduled to appear in Picton court on May 18, 2018.