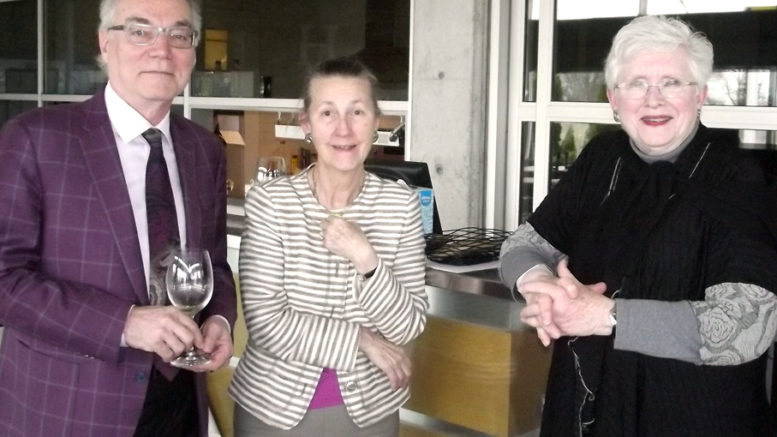 Juno- and Grammy-nominated and winning artists will play alongside young new talent again this year during the 18th annual Prince Edward County Jazz Festival, which will take place Aug. 14-19.

Organizers held a launch party at Huff Estates Winery on Friday, April 27, to announce the venues and artists for this year’s popular festival. The events include both ticketed and free concerts at locations right across the county.

Big band legend Brian Barlow, who has been involved from the beginning, is now in his 15th year as creative director.

“Things have changed a lot,” Barlow said. “Our audience was mostly local at that time.”

Now, he said, they come from far and wide, both to hear the music and to perform.

“We’ve created an international jazz festival in Prince Edward County,” Barlow said proudly. “We get applications from all over the world. That tells us that people are aware of what we’re doing, and that this is a hip place to be!” 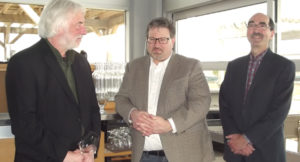 He said this festival is unique for hosting performances in venues right across the county, making it the only rural jazz festival in Canada. Musicians come and spend the whole week here, and both the musicians and the fans get to see everything the county has to offer visitors.

Barlow said he is especially proud of the festival’s support of young talent. Each year, not only are there events held for young jazz musicians, there are also opportunities for them to play on stage with some great professional artists. The Rising Young Star program has been especially effective in giving young musicians a chance to shine and to learn from the best.

“If they win the Rising Young Star award, they have to play every night with whoever’s playing,” he said. So far, these young people have been spectacular, and they get to add this to their resume, which is pretty cool.”

Festival chairman John Puddy said attendance has been climbing every year, and many of those visitors stay several days and visit the local galleries, wineries and other attractions.

“Fifty per cent of our guests spend two or more days in the county,” Puddy said. Since the festival receives no government grants, and several of the performances are offered free of charge, it relies heavily on sponsorships. He said corporations, businesses and individuals have sponsored the festival and that this support is a key to its success.

So who is performing this year?

“Our featured artist this year is (saxophonist) Tara Davidson,” Barlow said. “She played in my big band last year. She was marvelous! She’s young but she’s a nine-time Juno nominee.”

Another special performer will be Juno-winning saxophonist Allison Au.

As always, the Belleville-based Brian Barlow Big Band, recognized as one of Canada’s top swing and jazz bands, will be a big part of the event.

For a complete list of the artists, venues, performance dates and ticket information, go to www.pecjazz.org or www.theregenttheatre.org, or phone 613-476-8416.