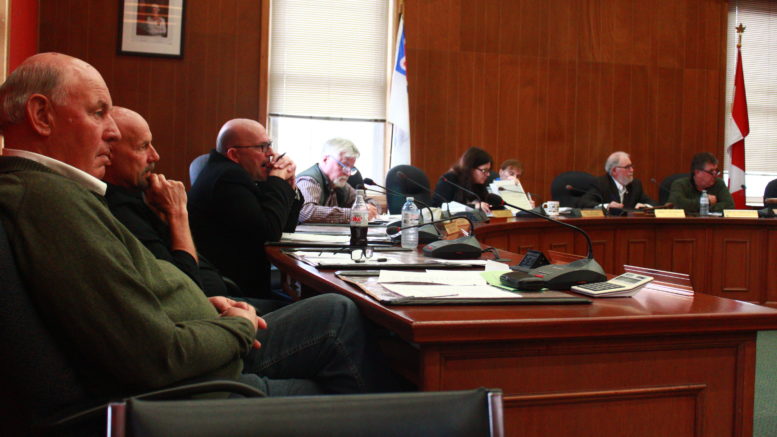 That was the message delivered to councillors last week by Sandbank Homes owner Conrad Guziewicz.

Following his comments Thursday, committee of the whole supported a motion directing staff to prepare a report with a timeline and financial implications to expedite the capital projects necessary to address the water pressure issues. The water pressure issue was one that was discovered within the last three weeks, Guziewicz said.

“In Wellington, we have no water pressure for any of the subdivisions that were planned to be built there,” he said.

He said there are four large-scale subdivision developments that are affected. Those developments could represent millions in annual revenue for the municipality, he said.

In consultation with county staff, Guziewicz said, it was suggested the solution to the pressure problem was an additional water tower.

“It’s a critical problem, unfortunately, we all realized it recently,” said Guziewicz. “We need to address it and there’s probably a substantial investment that needs to be made. If we don’t make that investment as a community, the long-term problem that it’s going to create is tax pressure, housing pressure.”

He said the issue has already deterred him from making a substantial investment.

“In an attempt to mitigate increases in the connection charges, the water and wastewater committee went through a pretty lengthy process to come up with these reduced growth projections, which then pushed the timeline back for some of our capital projects,” she said. “Staff at the time did warn the committee that there were risks associated with this approach if increased growth activity was to occur beyond what was projected.”

Councillor Dianne O’Brien suggested the municipality reach out to developers and ensure they know steps are being taken to address the issue. She said the optics weren’t great considering council’s commitment to support development and grow the county’s population.

“I don’t want to read in the paper that you can’t build a house in Wellington — that flies in the face of everything this council has stood for,” she said. “We need to make sure, quickly, that these developers are going to remain interested and are going to build.”

Chief administrative officer James Hepburn said staff are aware of the problem and will be reporting back to council in the near future.

“We’re just finalizing a study that pointed out the severity of the issue,” he said. “We knew about the issue, we just didn’t know the severity.”

He said the findings which Guziewicz was referencing were preliminary and staff are hoping the final results will uncover strategic solutions that might exist. He said the study is expected to be complete by May 15. Until the study is finalized, staff won’t know what sort of measures can be taken.

“It’s staff’s goal to accommodate the developers and make sure they are aware we want to assist them,” he said. “We have talked to some other developers and they’re aware there is a problem as well and they’re coming to the table with solutions with us.”

Hepburn said it’s premature to say another house can’t be built in the village. He said there are solutions for some of the development that is both underway and on the books.

“The scope of what Conrad is speaking about, a 500-home subdivision, it is substantial,” said Hepburn. “… We have four developers that have that size of project underway and, quite frankly, a lot of these projects have been underway for a lot of years and they haven’t come to fruition.”

He said the scope of the projects is something that wasn’t considered when the village’s water system was established.

Hepburn reiterated Maynard’s comment, saying the water and wastewater rates and connection charges ad hoc committee delayed projects substantially to accommodate a lower connection charge and reflect the growth forecast that had been adopted. In 2014, council had an opportunity to move forward with a servicing study for Wellington and that too was delayed.