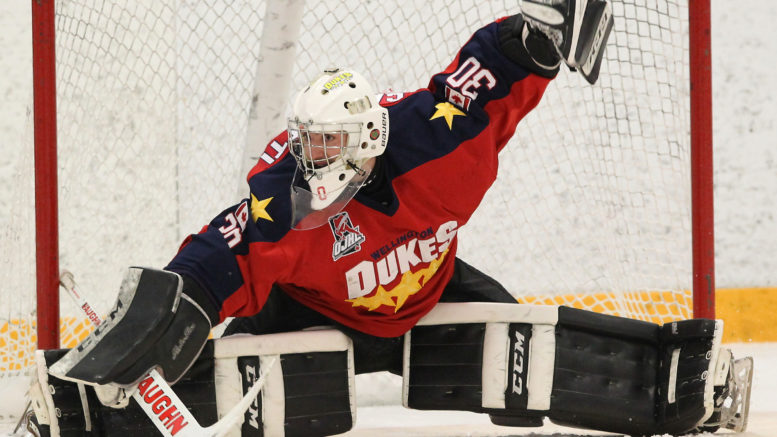 Wellington Dukes netminder Jonah Capriotti slides to make a save during the third period of his team's 6-3 win over the Cochrane Crunch Thursday afternoon at the 2018 Dudley Hewitt Cup in Dryden, ON. (Photo by Tim Bates/DHC via OJHL Images)

The Wellington Dukes will leave Dryden with a cup. 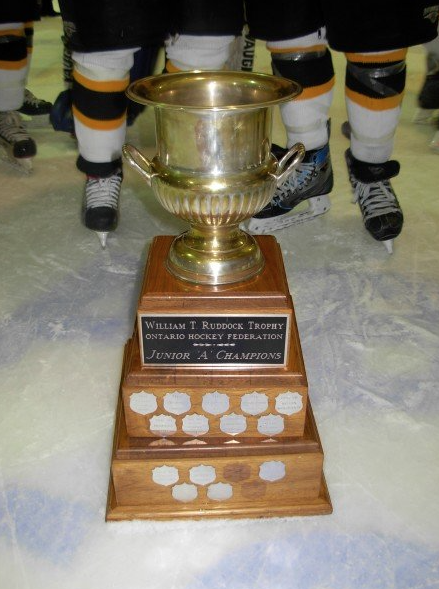 But they are still on the hunt for the main prize.

The locals topped the winless Cochrane Crunch of the Northern Ontario Junior Hockey League on Thursday at the 2018 Dudley-Hewitt Cup in Dryden, ON and by virtue of their 6-3 win, the Dukes captured the William Rudduck Trophy which emblematic of Junior ‘A’ supremacy amongst teams competing within the Ontario Hockey Federation.

The Dukes last won the Ruddock Trophy in 20011 at that year’s Dudley Hewitt Cup when they vanquished the NOJHL’s Soo Eagles.

With just the Dukes and the Superior International Junior Hockey League’s Thunder Bay North Stars and the host Dryden Ice Dogs, the NOJHL’s entry was eliminated without winning a game at the 2018 Central Canada Cup Championships.

As they did a day prior in a 4-1 win over the Stars, the Wellington Dukes got off to a great start Thursday and lead after 40 minutes 4-0 thanks to goals by Ben Evans, Jackson Arcan, Andrew Rinaldi and Bryce Yetman.

With the Crunch not having found the back of the net through eight periods, the Wellington margin looked rather safe.

However, the Cochrane offence finally sprang to life just two minutes in when Alex Brisson finally lit the lamp for the McNamara Trophy winners.

A pair of powerplay goals by Zach Hayes including a 5-on-3 marker in less than a minute brought the Crunch to within a goal with over ten minutes remaining in the final frame.

Wellington, sensing their Dudley Hewitt hopes evaporating, knuckled down and kept Cochrane at bay. The Dukes would be tasked with killing off a delay of game penalty with under four minutes to go but Daniel Panetta found the range and hit an empty net with under a minute left to make it 5-3. 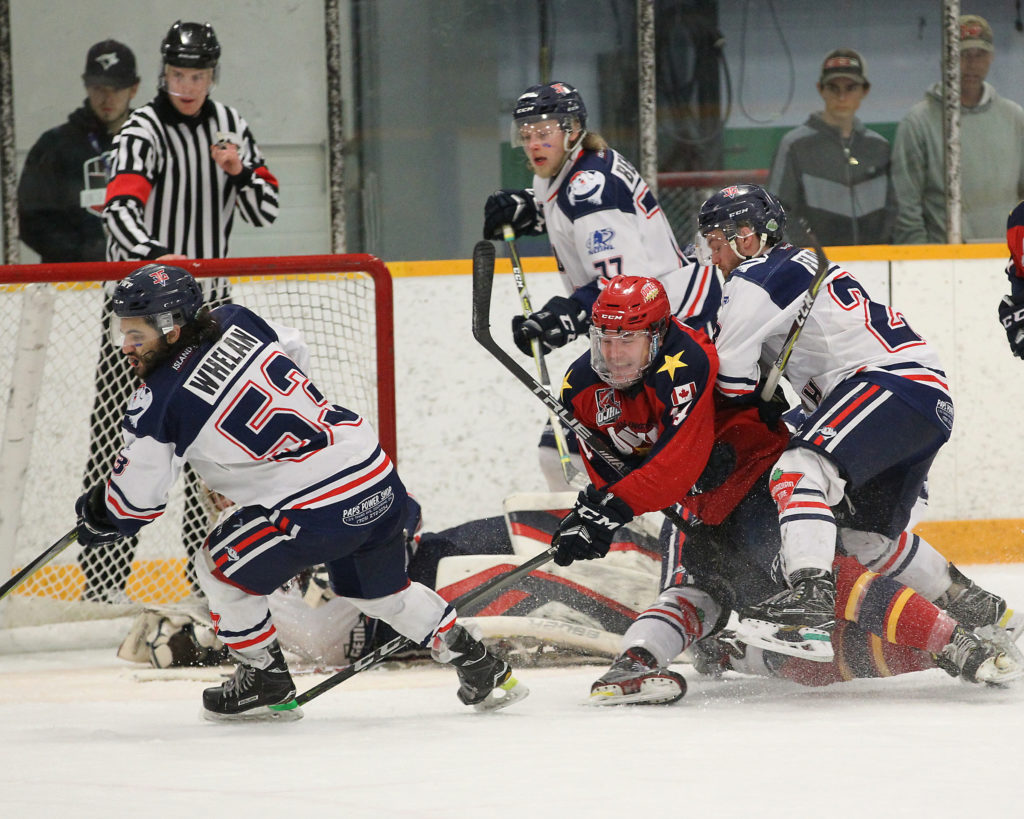 Colin Doyle added another goal with under 30 seconds left to make it a 6-3 final.

Had Wellington been able to keep a better margin and extend their lead, the club might have captured the top spot in the standings but the Cochrane flurry negated any chance of the Dukes picking up the bye to the finals.

After Thunder Bay shaded the Ice Dogs 2-1 last night, the three remaining teams ended the preliminary round with a 2-1 record, meaning the goal differential tie breaker came into play which is Goals For + Goals Against divided by Goals For.

The Ice Dogs finished first with a 1.6 differential while Wellington was second in the standings with a 2.0 differential.

The Stars claimed third spot with a 2.67 mark.

Wellington and Thunder Bay meet this evening with the winner earning the right to play the Ice Dogs on Saturday night for the 2018 Central Canada Championships.

Those wishing to watch the game can do so at the Highline Hall.