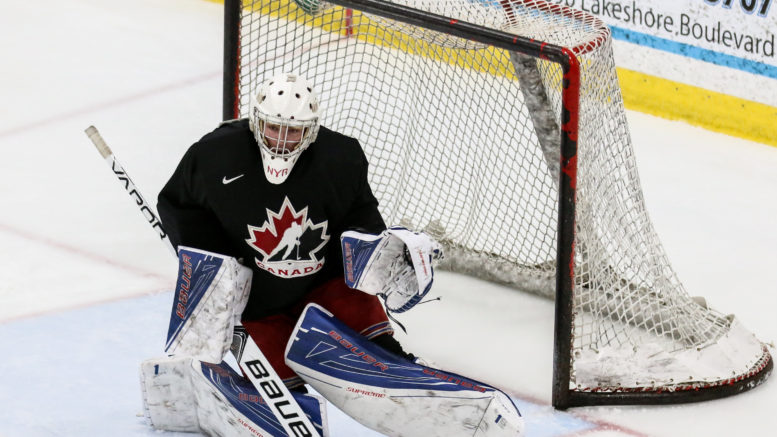 The 2017-18 Junior A hockey season will go down in Prince Edward County history as one of the best for rather obvious reasons but an announcement Tuesday by the Ontario Hockey Association  added to the lustre and made the local lore that much more special.

The OHA selected its 2017-18 Top Prospects team and there is significant county content amongst the top young stars tabbed by junior hockey’s administrative body in the province.

The players join Toronto Patriots forward Colton Kalezic, Pickering Panthers defenceman Dustyn McFaul and forward Kaleb Pearson of the Stratford Warriors of the Greater Ontario Junior Hockey League and all six players will be presented their awards at the Hockey Hall of Fame in Toronto on Friday, June 1, 2018. 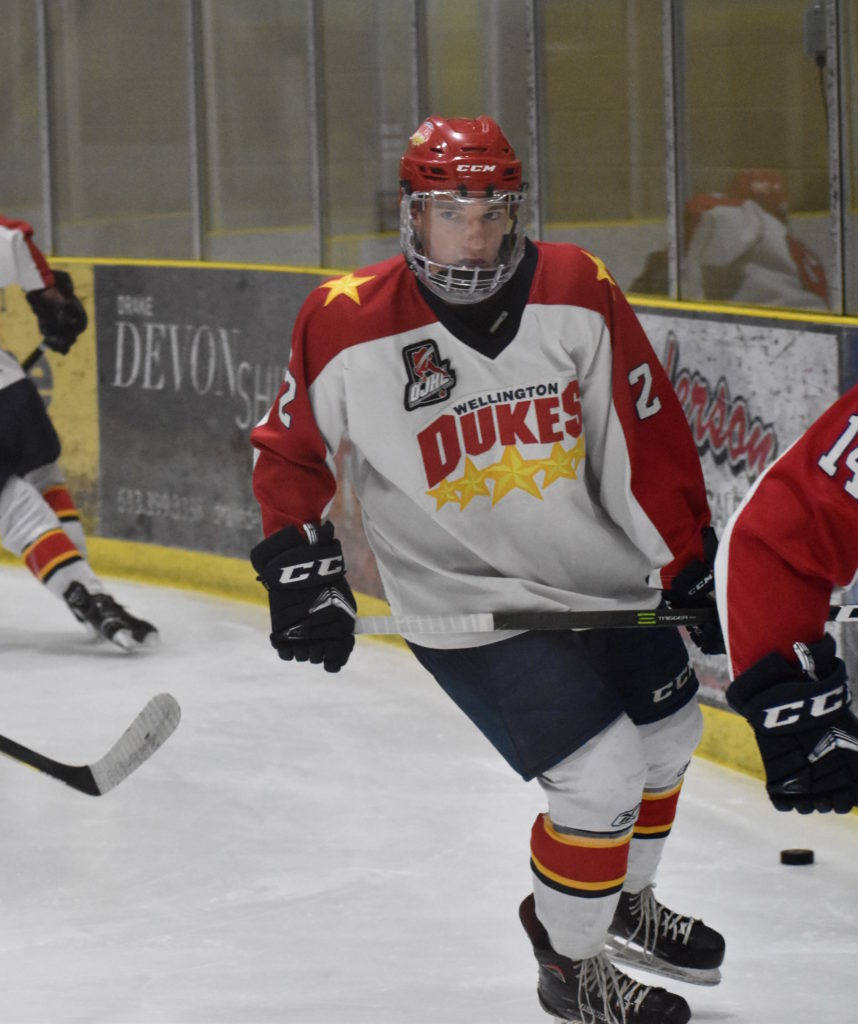 Declan Carlile (Hartland, Michigan) is a 6’2” 190 pound blueliner who turns 18 on May 18 and has enjoyed an incredible rookie season in the OJHL with the Wellington Dukes. In 54 regular season games he scored 6 goals and added 33 assists for 39 points, the eighth best points total for defencemen in the OJHL. Carlile was a key contributor in the Dukes’ OJHL Buckland Cup and Dudley-Hewitt Cup Championships and was named the Top Defenceman at the 2018 Dudley-Hewitt Cup. He was also named to the All-Dudley-Hewitt Cup Team on defence, alongside teammate Mason Snell, as the Dukes will now travel to Chilliwack, BC to compete in the RBC Cup (May 12-20, 2018) for the National Junior A Championship. Carlile was a member of Team OJHL Oates at the 2017 Eastern Canada Cup All-Star Challenge and Team East at the 2018 CJHL Top Prospects Game. Ranked 176th among North American Skaters for the 2018 NHL Entry Draft in Central Scouting’s Final Rankings, Carlile has committed to Merrimack College (NCAA Division 1- Hockey East) for 2019-20. 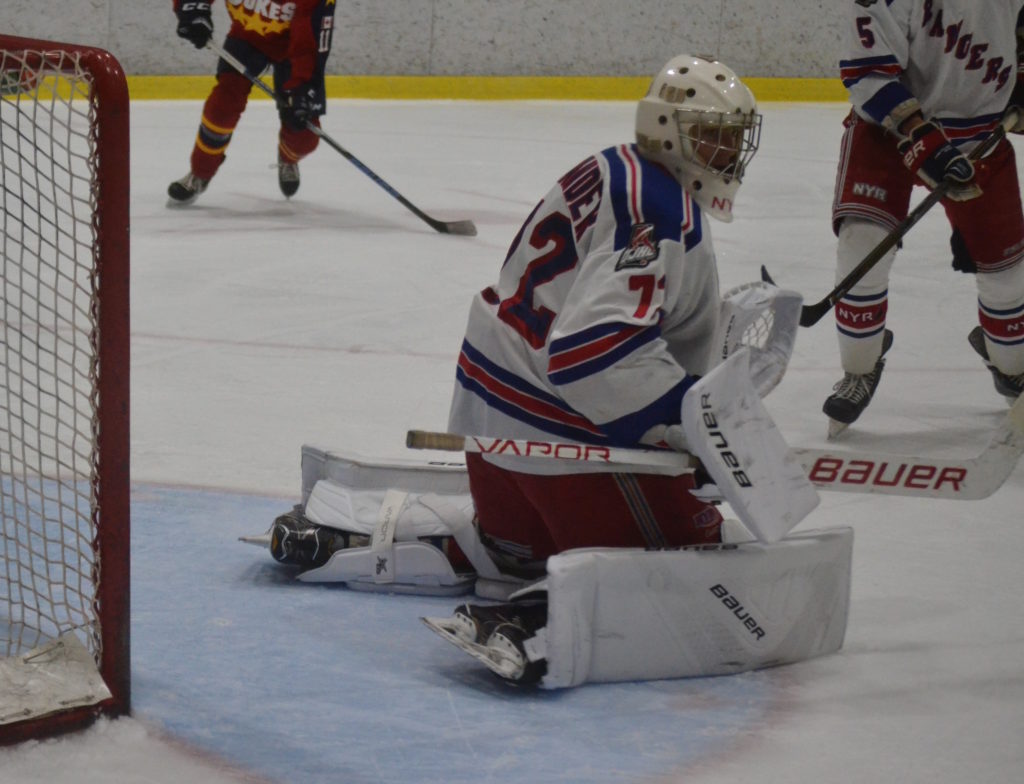 Jett Alexander (Bloomfield, Ontario) has grown into one of the top young goaltenders during the past couple of seasons in the OJHL. In 2015 Alexander was a 12th round pick in the OHL Priority Selection by the Mississauga Steelheads and at that time he was listed at 5’8” and 120 pounds. Now standing at 6’4” and 181 pounds, Alexander is coming off a stellar season with the OJHL’s North York Rangers. In 27 regular season games the 18 year old goaltender was 15-9 with 1 shutout and a goals against average of 2.09 and a save percentage of .929. He was ranked 30th among North American Goaltenders for the 2018 NHL Entry Draft in Central Scouting’s Mid-Term Rankings and participated in the 2017 World Junior A Challenge with Team Canada East, 2017 Eastern Canada Cup All-Star Challenge with team OJHL Coffey, and was on Team East at the 2018 CJHL Top Prospects Game. 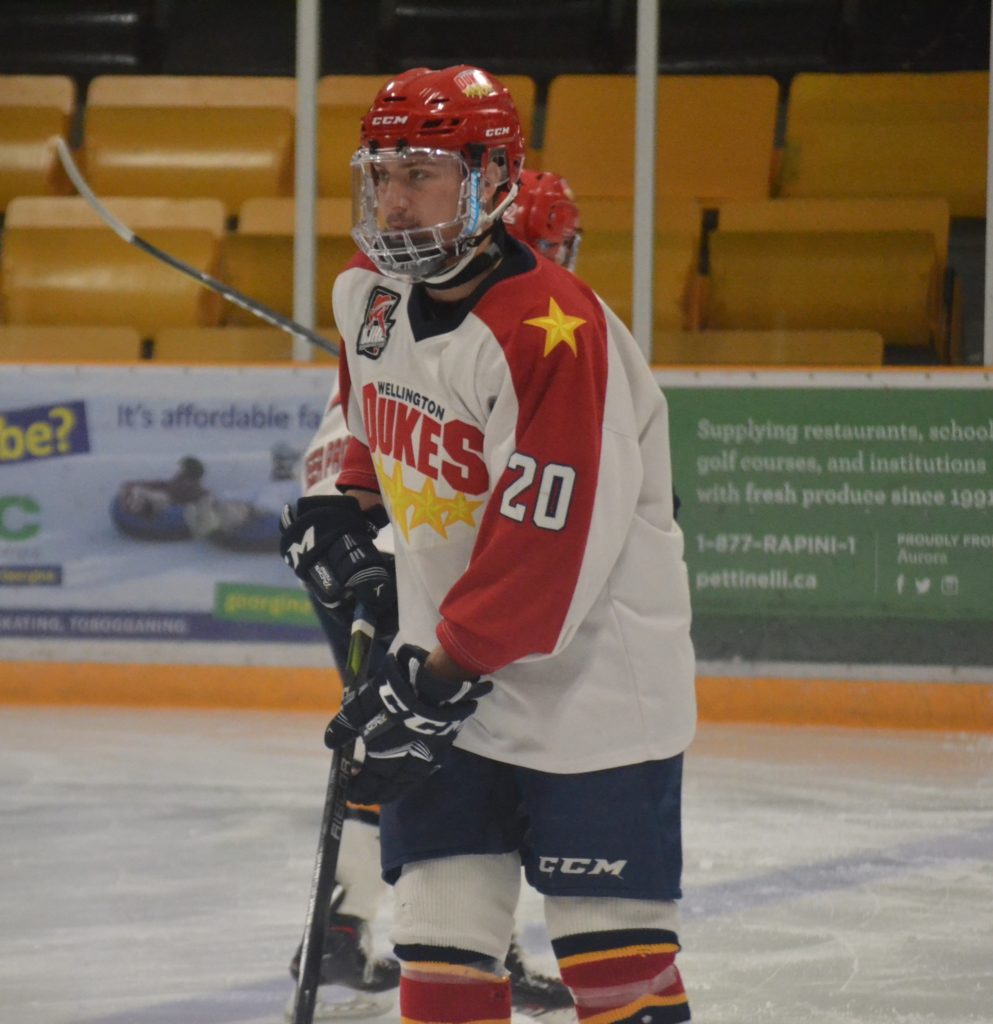 Mason Snell (Clarington, Ontario) turns 18 in June and the 6’0” 183 pound defenceman has had a breakout season in the OJHL. Snell started the year with the Whitby Fury, but finished the season with the Wellington Dukes, tallying 20 points in 43 regular season games between the two teams. He was a key player in helping the Dukes win the OJHL Buckland Cup and the Dudley-Hewitt Cup, sending the Dukes to the RBC Cup in Chilliwack, BC (May 12-20, 2018) for the National Junior A Championship. Snell was named to the All-Dudley-Hewitt Cup Team on defence, alongside teammate Declan Carlile. He also played for Team East in the 2017 World Junior A Challenge, Team OJHL Oates at the 2017 Eastern Canada Cup All-Star Challenge, and Team East at the 2018 CJHL Top Prospects Game. Snell is ranked 173rd among North American Skaters for the 2018 NHL Entry Draft in Central Scouting’s Final Rankings and is committed to Penn State (NCAA Division 1 – Big Ten) for 2019-20.