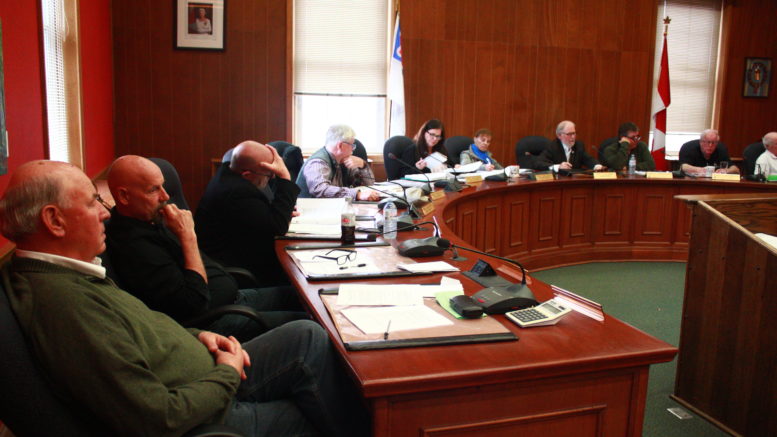 Council approved the signing of funding contribution agreements for three Rural Economic Development grants on Tuesday, however, there were concerns about a planned workforce attraction campaign.

The Ontario Ministry of Agriculture, Food, and Rural Affairs (OMAFRA) approved funding applications for three separate projects through its Rural Economic Development (RED) program that were submitted by the municipality. That funding includes $90,000 for the County Food Hub at Sophiasburgh Central School, $15,000 for the completion of town and gateway signage site plan designs, and $10,000 for implementation of a digital workforce attraction campaign in partnership with Prince Edward Lennox and Addington Community Futures Development Corporation (PELA CFDC). Signing the agreements is the last step before the money can be officially released to the County.

While the agreements for the food hub and the gateway signage were approved without much concern, there were a couple of councillors who did have reservations when it came to the workforce attraction campaign. The signing of that contribution agreement was approved in a recorded vote of 11–2 with councillors Brad Nieman and Jamie Forrester voting in opposition.

Both Nieman and Forrester suggested the municipal contribution to the program might be better spent on training the available unskilled or unemployed workforce in the county rather than reaching out to people living in larger urban centres.

Nieman said he wouldn’t support looking elsewhere for potential employees when there are many current county residents with low-paying or seasonal jobs.

“We have good people here in Prince Edward County that can fill jobs,” he said. “The jobs that are here are three to four months, people can’t survive on three- or four-month jobs. The other eight months, where are they? They’re on social assistance or unemployment if they can get it.”

He said priorities didn’t seem to be in order.

“We have a housing crisis here, people can’t afford the rent here, there is no place to rent, and we want to bring people in?” he said. “Where are they going to stay?”

Forrester echoed that sentiment and questioned whether enough has been done to reach out to schools and try to establish training programs for locals.

“There are a lot of people here that — with a little bit of training — they could probably fill a lot of these jobs,” he said. “We’ve sort of forgotten about a lost workforce that’s maybe not skilled enough, but could be with a little bit of work. We really have to push a lot more efforts to that.”

Councillor Steve Graham supported moving forward with workforce attraction campaign. He said when considering the three applications, the ask is just $20,000 to leverage $115,000 for projects totalling close to $900,000.

He said reaching out to larger urban centres for skilled labour is a good start to begin to address some local employment concerns.

“You need to have some working parts and that’s where we’re going to find employees,” he said. “You need people who are going to provide employment and then get our people that are on assistance working in some of the offshoots.”

Community development director Neil Carbone said the project would use data and research around local labour deficits and would employ a targeted marketing campaign to try to lure some of that skilled labour to the municipality. While he agreed there were a lot of seasonal jobs being filled by locals, he said data and research collected over the last few years show there are needs that can’t be met by the existing workforce. Employers are even having trouble filling those seasonal positions with locals.

“We’re also seeing an increase in the number of full-time positions requiring skilled labour with specific skill sets and a lot of that labour is not available in the county or in the region,” he said. “Across the board, we have one of the lowest unemployment rates in the province if not the country in the Quinte area.”

He said efforts are being made to address the challenges mentioned by Forrester and Nieman in different ways. One of those ways is the County Workforce Partnership (CWP) — a collaborative project of the Prince Edward Learning Centre, the chamber of commerce, the municipality, Career Edge, and the Loyalist College Training and Knowledge Centre.

“The goal of the County Workforce Partnership is to provide fundamental foundational training for entry-level positions and work especially for the needs of Prince Edward County,” he said.

The partners consulted with local employers to identify what the needs are for those entry-level positions and will look to put training into place to help the county’s underemployed workforce into better jobs.

The funding agreements set out the grant amounts as well as municipal and partner contributions.

The municipality contributed $15,000 to leverage an additional $15,000 through the RED program for the town and gateway signage project. The funding will support the development of a town and gateway signage implementation plan. The RED-funded Downtown Revitalization Planning Study identified the number one priority emerging for each downtown area was the need for improved signage. The downtowns included in the downtown revitalization project were Consecon, Rossmore, Bloomfield, Wellington, and Picton.

The application for the County Food Hub saw the hub contribute $10,000 to leverage $90,000. The municipality has already committed $75,000 to the $847,000-project. With an agreement with the Hastings Prince Edward District School Board (HPEDSB) in place, the food hub would lease 6,000 square feet at Sophiasburgh Central School to construct community space that would be rented to local and regional businesses including small-scale food operations and not-for-profit food security groups. The initial cost is to convert five existing classrooms into the community hub.

The application for the digital marketing campaign, which is part of the community development department’s overall workforce attraction campaign, was made in partnership with PELA CFDC with both partners contributing $5,000 to leverage another $10,000 through RED.

The municipal contributions for each project were approved within the 2018 budget.