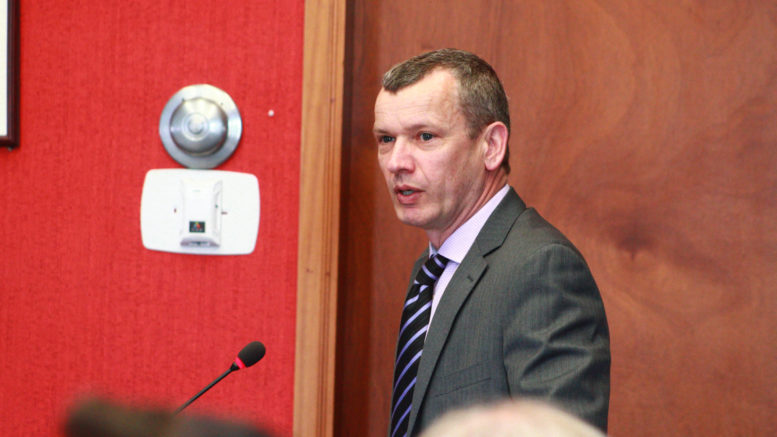 The Eastern Ontario Regional Network (EORN) is hoping Prince Edward County will commit funds toward a study that would identify mobile broadband coverage and capacity issues across eastern Ontario.

David Fell spoke to councillors on behalf of EORN during last week’s committee-of-the-whole meeting. He outlined a project which proposes to increase capacity and eliminate gaps in cellular coverage across the region. The $213-million project is proposed as a private-public partnership and is expected to create jobs and support the push for fifth-generation technology in the province.

In support of the project, the Eastern Ontario Wardens’ Caucus (EOWC) authorized EORN to undertake a detailed technical and financial analysis this year that will determine cell gaps, readiness for 5G technology, and a fixed and wireless assessment to meet Canadian Radio-television and Telecommunications Commission (CRTC) speed and capacity targets.

That analysis is estimated to cost $520,000 and Fell said EORN is hoping Prince Edward County will contribute $40,000 for the municipality’s share.

The CRTC set a service level target for fixed broadband as well as mobile wireless technology of at least 50 gigabytes of download and 10 gigabytes of upload for 90 per cent of Canadians by 2021. That target comes as Canadians are increasingly accessing the Internet via mobile devices, Fell said.

“Canadians are using 50 per cent more broadband year over year, probably 50 per cent of the traffic that used to come through traditional broadband is moving over to cell,” he said.

Based on the calculation Prince Edward County would be asked to commit between $232,716 and $328,996 to the $10-million contribution. That could be made as a one-time payment or through annual payments of between $58,179 and $82,249 over a four-year period. The minimum amounts assume all 23 EOWC and EOMC members contribute to the project.

The province has already committed its share and the federal government has given indications its share will be committed as well, Fell said.

He said there are clear gaps, but EORN has a plan to address the deficiencies.

“The first thing we need to do is that gap analysis,” he said.

Research into the issue began back in 2014 when EORN started to hear about some of the trends and changes in the way the Internet was being accessed. After some research, EORN found there were issues that needed to be addressed.

Approximately 18 per cent of eastern Ontario residents have no cellular coverage while 16 per cent have inadequate coverage. The project would reduce the coverage gap to less than one per cent. The EOWC identified the issue as their number one priority for the year.

“In eastern Ontario we have determined there is a significant market failure problem,” said Fell. “Anecdotally, you know about areas in the county, even along the 401 corridor when you go up the hill at Napanee, around Gananoque, there are places where there is no cell coverage or your calls are dropped because there is not enough capacity on the network.”

Capacity is especially important in a place like Prince Edward County where the population swells in the summer, said Fell.

“If there is not enough capacity on the network, then people might get one bar, but they won’t be able to use their phones,” he said.

EORN hired two economists to look at the underlying numbers and what improvements to the network might mean. Fell said there will be clear benefits.

“We know that it will create jobs in the region, it will support economic development and it will lay the groundwork for 5G which is the next evolution in broadband and mobile technology,” he said.

Once the analysis of the network is complete, a theoretical or conceptual design will be created. That design will be taken to the private sector for a competitive request for proposal process.

EORN has already received provincial approval to conduct the cell gap analysis and hope to have federal approval by this summer. The hope is to have construction begin by spring of 2020.