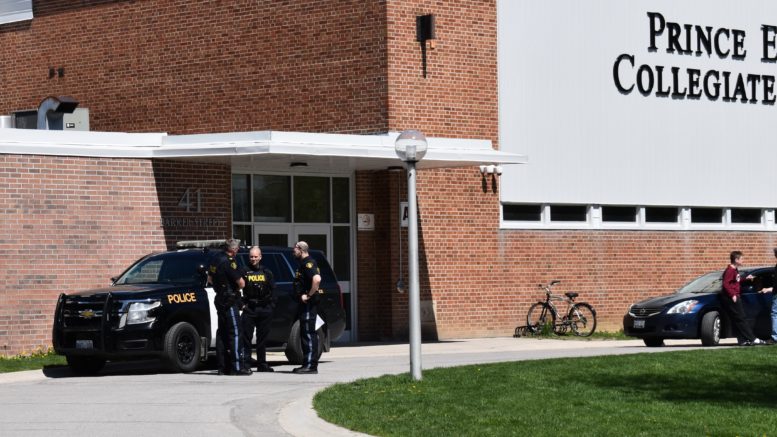 A 16-year-old male youth from Trenton remained in police custody Monday morning due to alleged threatening messages he sent to a PECI student Friday.

The local secondary school and nearby Queen Elizabeth Public School were placed in a “secure-and-hold” status Friday morning just after 11 a.m. after OPP officers were notified of an ongoing incident at PECI.

According to the Prince Edward OPP, school officials were made aware of some threatening messages directed towards a student at the school and, although the suspect was not on the premises, for safety sake the school was placed in secure-and-hold mode where outside access is not permitted however regular activities inside the school continue.

As a precaution, Queen Elizabeth, was also placed in secure-and-hold mode as well.

Initial information revealed the threats were sent by a male suspect who is not a student at PECI but is known to the recipient of the threats and this information was relayed to police.

Within a short time, officers using social media and other investigative techniques, were able to locate the suspect in the town of Picton.

The accused in this incident has been charged with two criminal offences and remains in custody and was to attend a bail hearing in Belleville court Monday to answer to charges of uttering threats to cause death or bodily harm and harassing communications.