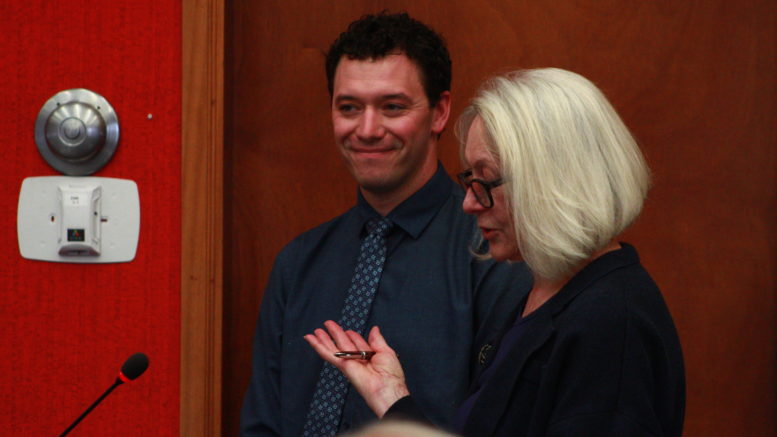 “We do, as an environmental group, really appreciate the County moving forward with the tree policy committee,” said Bois.

Bois, also a member of Tree the County, asked councillors to include an arborist certified by the International Society of Arboriculture (ISA) on the committee.

“We feel that ongoing participation of such a person, who has training in urban forestry management, would make the committee more effective and efficient,” she said.

Jenkison reiterated the importance of having that solid background and education in urban forestry available to committee members.

“This would allow the committee to think very much in terms of the future of what kind of tree canopy you want to see in 20, 30, or 50 years from now,” she said. “This really is an opportunity to establish an element that would see healthy outcomes for the environment and for individual health.”

The formation of the ad-hoc committee was initiated back in March 2017 when council passed a motion directing staff to consult with stakeholders to draft terms of reference for an advisory group that would include both citizen and municipal representation. That motion followed a deputation from Susan Banks and Jenkison who were speaking on behalf of the horticultural society, Prince Edward County Master Gardeners, and PECFN. The deputation was sparked by the removal of mature trees along Picton Main Street. They argued for the enhancement of the local tree canopy and said they sought a tree maintenance program that would ensure the county’s trees grow up healthy and reach maturity.

On Thursday the recommended terms of reference returned to committee of the whole. The report presented to councillors says the intent is to have a broad group with interest in the county’s tree management review the existing policy. The committee will provide recommendations to council for updates to the municipal tree policy.

If the terms of reference are approved by council at their May 22 meeting, the members would take on several tasks in addition to reviewing the tree policy, including identifying community outreach opportunities, researching other municipal tree policies and practices, and considering public involvement in public tree removals or plantings. They would consider the municipality’s official and secondary plans as well as input from stakeholders, county road operations staff, and public utility operations staff, in making their recommendations.

Councillor Lenny Epstein was appointed as council’s representative on the ad-hoc advisory committee. Back in 2015 it was Epstein who tabled a motion, which was later approved by council, asking staff to provide options for tree policies that would align with the municipality’s secondary plans, settlement areas, and best management practices as laid out by the Canadian Urban Forest Network. The tree policy had been identified as a priority for 2018.