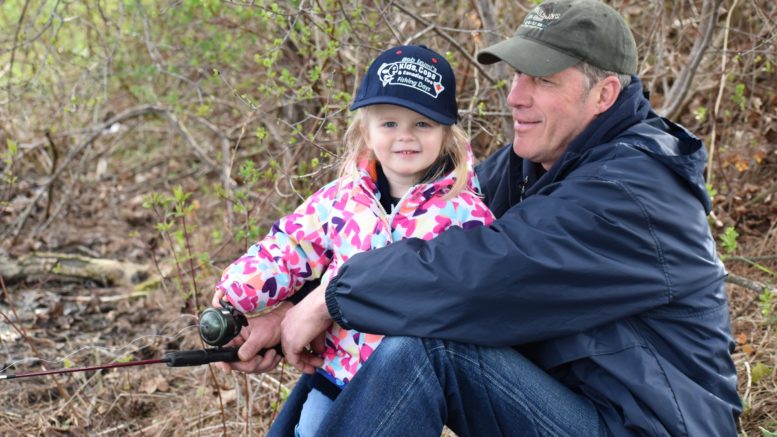 LOOKING FOR THE BIG CATCH- Ilsa Nash and her grandfather Ted had a prime spot staked out at the annual Bloomfield/Hallowell Recreation Committee Kids Fishing Derby on Saturday at the Bloomfield Millpond. (Jason Parks/Gazette Staff)

It was another great day for little anglers stationed on the banks of Bloomfield’s iconic Millpond.

Exactly one week after the senior anglers had their chance to reel in a big catch in the annual Walleye derby, the junior fishers of Prince Edward County were casting a line in the annual Bloomfield/Hallowell Recreation Kids, Cops & Fishing Derby.

With Staff Sergeant John Hatch and Sergeant Sean Guscott on hand to measure the catch, it was a great day to be with family and enjoy a relaxed version of one of Canada’s great past-times.

“There were about 75 participants and the weather turned out well so all participants enjoyed a good day,” organizer and Bloomfield councillor Barry Turpin said. “A lot of fish were caught so that made it a lot of fun for those who participated.” 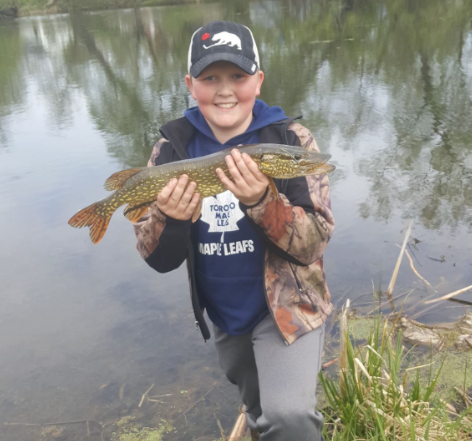 Jacob Shepard was the top angler of the day, reeling in the largest fish, a 24 inch Northern Pike. The Sophiasburgh youth also managed to catch nine more fish.

A good selection of pan fish were caught as were oversized minnows.

•Kaylem Powell and Lauren Dulmage were also given awards recognizing their catches.