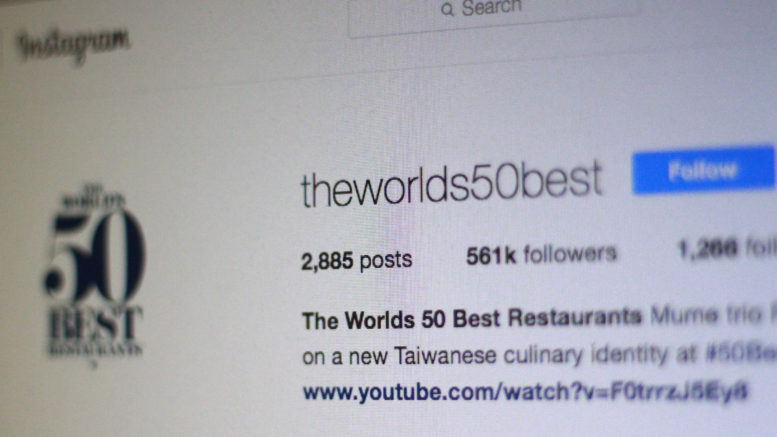 The County and CEDC will be contributing $10,000 to a marketing initiative that could reach millions. (Chad Ibbotson/Gazette staff)

It looks like Prince Edward County will again be featured in a campaign with international reach in the millions.

At their May 14 meeting the County’s Community and Economic Development Commission (CEDC) voted to approve a contribution of $5,000 toward a partnership with the “50 Best” brand and publication on their “50 Best Explores Ontario” campaign. The platform began in 2002 with the publishing of “The World’s 50 Best Restaurants” list. Published annually ever since the list annually captures the experiences and opinions of more than 1,000 international restaurant and food experts.

Community development director Neil Carbone said the CEDC’s budget includes a total of $10,000 under its strategic plan implementation funds that are earmarked for unspecified marketing opportunities that may come up during the year.

“That’s because we often have these opportunities that are unexpected and they often represent some really significant value,” Carbone told the commission.

For example, he noted the Prince Edward County’s inclusion in the national Roots advertising campaign during the 2016 holiday season.

“That’s not something that we had foreseen prior to being offered to participate in that and this is another one of those examples,” he said.

The total cost to participate in the campaign is $10,000. The other $5,000 is being allocated through the community development department’s operating budget for marketing.

The “50 Best Explores Ontario” campaign would take some of Ontario’s most notable chefs and local producers on a culinary trip through southern Ontario. Prince Edward County would be featured along with larger centres such as Toronto, Niagara, and Cambridge. It would take advantage of an audience of more than a million people who follow the list on a number of social media sites and other digital sources.

The “50 Best” brand is internationally known as one of the premier polls of food destinations, noting current trends and highlighting growing food destinations. The platform’s restaurant rankings boast 1,033,275 combined followers on Facebook, Instagram, and Twitter.

The “50 Best Explores Ontario” project seeks to highlight the province as a must-visit for foodies. It will shed light on the culinary ecosystem, including cuisine, local produce, chefs, artisanal producers, wine, craft beer, cider, and spirits.

“Because of the nature of the campaign is actually experiential — it’s about accessing local produce and then using that local produce in preparing meals — it’s in line with where we want to take our marketing moving forward,” said Carbone.

The project will film in the county, Toronto, Niagara, and Cambridge. One two- to three-minute video featuring the province will be produced, along with two one- to two-minute destination videos. A series of 15-second videos will feature the producers and partners that were visited.

A staff report presented to the CEDC says the reach for the project will be in the millions with a push from Destination Canada into the United States market through separate digital and other means. The content will be featured on all of the “50 Best” digital platforms and shared with other program partners and there will be paid social media behind the posts.

“We saw this as a great opportunity, especially looking at the partners involved, knowing that we’re going to get even more marketing reach because of those partners,” Carbone said.

The County would work directly with “50 Best” and the CTA in a co-ordination capacity and would determine how the County brand will be used and leveraged for its segment within the campaign. The local focus will be on producers, farmers, and the county’s terroir. Specific destinations haven’t yet been identified. The report notes the intention is to leverage existing relationships between featured chefs and producers, but new ones could be built for the county segment. Shooting is expected to take place around Thanksgiving 2018.

Carbone said there’s also the added benefit of being able to use all of the content, once it’s produced, for the municipality’s own purposes moving forward.

“There’s a lot of really good value in this proposal,” he said.