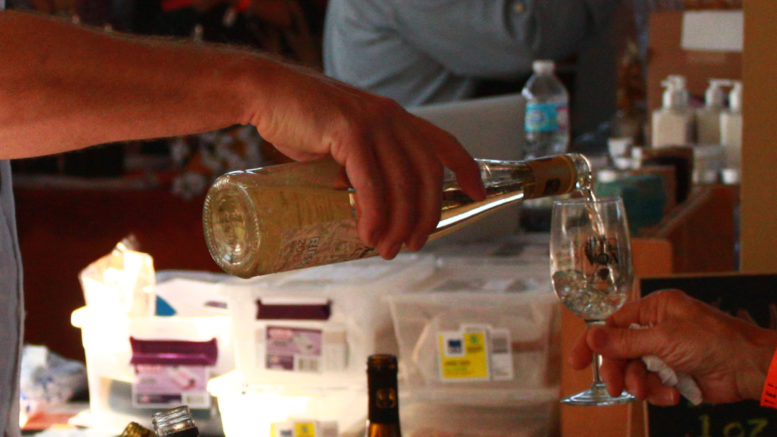 The County’s marketing efforts could have an increased focus on experiences in the future.

Destination development and marketing co-ordinator Rebecca Lamb and community development co-ordinator Trevor Crowe gave a presentation to the Community and Economic Development Commission (CEDC) at their May 14 meeting.

They told the commissioners they’d recently had the chance to attend a training program on experiential tourism with the support of the Regional Tourism Organization (RTO 9), which is funded through the Ministry of Tourism, Culture, and Sport.

Lamb said RTO 9 recently changed the structure of its granting programs to reflect an increased focus on experiential tourism in the region.

“Not just looking at marketing and promotion, but how do we grow the experiential economy in these destinations,” she said.

The changes mean there is a fund of up to $50,000 to which municipalities could apply. A prerequisite to applying to that fund is that staff must attend the training program on experiential tourism. The training program, called Edge of the Wedge, offered information and strategies that could inform future community development department initiatives, said Lamb.

“Part of it is about tourism, but it is certainly much more than that,” she said. “…It’s connected also to our business development, growth, different employees in the hospitality sector, and acknowledging they all have a role to play, as well as people in the community, to be able to leverage the experience economy.”

Visitors make the trek to Prince Edward County because they love its authentic rural look and feel. Experiential tourism is about using that to a greater degree, she said.

“The way we are envisioning it here is that it’s something that looks beyond a product and a service,” she said.

The initiatives would focus on travellers looking to learn new skills, meet new people, who have an adventure mentality, and who want to engage their senses.

“It’s thinking about who can we get the best yield from, not just assuming that more equals better or that more volume will equal a better return on things,” she said. “How can we craft these unique pieces to fit the right target audience?”

Local chef Chris Byrne provided a local example. He said one of the things he does is take visitors on foraging walks where they pick wild plants which are then used as ingredients in their meal. Lamb said Byrne is just one example of many locals who strive to provide an experience to visitors and is the sort of thing that future experiential initiatives would attempt to better leverage.

“This ends up being the best marketing, it ends up being the best coverage, it ends up creating ambassadors for Prince Edward County beyond any reach the municipality could have — it’s putting the power in the hands of the consumers to inform their networks about this amazing experience,” she said. “It’s something you can’t sell, you can’t go online and click to add to a shopping cart music by the bonfire making s’mores.”

They also shared the story of Fogo Island, the largest offshore island of Newfoundland and Labrador. Marketing initiatives for the island focus on giving visitors a deeper connection to the landscape and the nuance of the place itself.

“You can see in part of that investment in the experience they considered the cultural and economic benefit to that community,” said Crowe.

He said the tactic is also about engaging locals and making them part of the experience.

“That’s also why people come here, to experience rural living and our culture and those experiences which also drives resident attraction,” Crowe said.

He said just a few years ago the County went through a rebranding and reestablished the municipality’s iconic rural identity and rustic contemporary feel.

“Out of that you could see a lot of new businesses that have sprung up that are connected to agri-tourism, they’re connected to the food and the water,” he said. “There’s a lot to celebrate in tourism in Prince Edward County. I can say without hesitation that we are the envy of rural eastern Ontario when we look at the type of traffic we’re getting.”

Crowe said traditionally almost all of the local destination marketing efforts went toward promoting existing products without much engagement beyond the product itself.

“That’s something where I want the commission to potentially consider in the future that this might be a bit of a shift where there’s less of a focus on marketing and more of a focus on the experiential development,” he said. “That means working closer with the operators and engaging the tourism-related communities to tweak those experiences to become differentiated, to become more story-driven.”

The work would begin by taking an inventory of the type of experiences that already out there.

CEDC member Lynn Sullivan said when considering who might be the right target audience, as a businessperson she’d consider it to be travellers with disposable income. She said it’s nice that people want experiences, but having s’mores by the fire wouldn’t necessarily translate into selling products.

“There has to be that drive to sell stuff,” she said. “I know the experience is important in getting people here, but I zeroed in on how we identify the right kind of tourist and, to me, it’s the kind that has money and or wants to move to Prince Edward County and build the economy.”

Lamb said using the new approach could encourage visitors to stay longer at a destination or place of business because they feel more deeply connected with it.

CEDC member Tim Ward said the national Go RVing advertising campaign focuses on experience, not necessarily on where you camp or how you get there.

“They do focus very heavy on sitting around the campfire as an experience, canoeing through lakes and rivers as an experience,” he said. “This is an excellent direction for Prince Edward County to go because we have so many assets in that field already.”