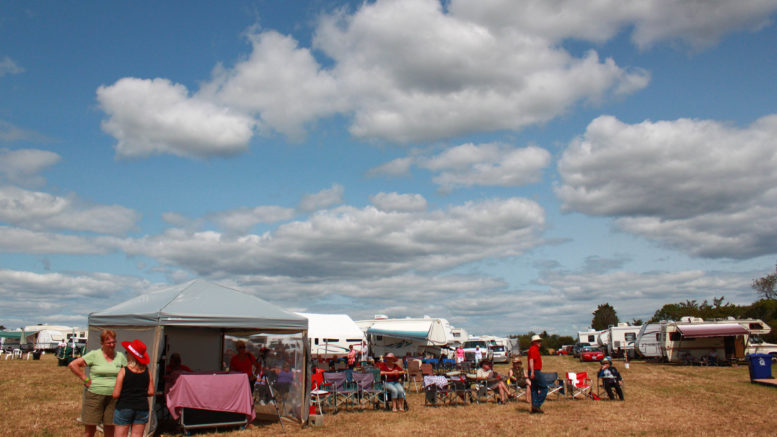 A temporary use zoning bylaw amendment to permit several events on a vacant field in Cherry Valley was approved this week after seeing significant concern from residents at a recent planning meeting.

The approval comes with conditions that the live music would end by 11 p.m. and that all perimeter fencing is secure to ensure attendees stay within the events boundaries. The motion included a requirement to monitor noise levels at the boundary of the property during musical events to ensure the municipal noise bylaw is being adhered to. The temporary bylaw will expire on Dec. 31 this year and, subsequently, a formal review will be undertaken along with a public input session. A staff report detailing the review and input session will come back to council in the future.

She said residents were very engaged in the process and want reassurance that their community will remain peaceful. She said the bylaw is temporary, so there’s still an opportunity for the public to be involved in the future.

Event organizer Greg Verner said he was satisfied with the outcome.

“I’m just happy to be able to move forward,” he said.

He said much of the public concern was generated through a misunderstanding.

“The way the information was presented, it was pretty scary,” he said. “As a resident of the community, I would have been upset … I don’t blame the community one bit for standing up.”

The request first came forward to councillors at their May 16 planning meeting.

The initial request proposed a special event venue for concerts and festivals that would be held on an ongoing basis throughout the year with each lasting a maximum of five consecutive days and hosting a maximum of 5,000 people.

Manager of planning Paul Walsh told councillors at the planning meeting that staff reviewed the application and recommended instead the temporary use zoning bylaw amendment be for a maximum of three events per year over three years and no more frequent than one special event per month with each hosting a maximum of 2,000 people. Walsh said usually when there is such a large difference between what was applied for and what was recommended by staff, the planning department would work with the applicant to reshape the application. In this case, the impending April Wine concert meant that there was some urgency in moving the application forward.

“In the interest in addressing some of those concerns of the applicant, I received the application and brought it forward even though it did differ from the brief initial consultation that we had,” he said.

During the planning meeting, it was councillor Jamie Forrester Forrester put forward the amendment to the staff recommendation that the three events be restricted to 11 p.m. and that they stay within the 1,500- and 500-person attendance maximums.

That motion was supported at the planning meeting but, since it did not receive a two-thirds majority, was brought before council at their regular meeting on May 22.

Forrester said he’d spent hours in the lead-up to the planning meeting speaking with concerned residents about the proposal. He said he’d also had multiple discussions with landowner David Raistrick and Verner. He said the public outcry prompted by the application was the result of poor communication.

“This is what happens when you have lack of communication and I think we dropped the ball somehow,” he said at the planning session.

He said the motion would help alleviate some of the public’s concerns.

“This motion will leave a lot to the owners to work very hard to make sure the noise levels are kept in check, to make sure the traffic coming in and out is moving smoothly, so they will have something to prove,” he said.

The site is known as the location of the former Cherryvale Organic Farm. Raistrick told councillors there had been concern shared amongst the public that the proposal would destroy prime agricultural land. He said that’s not true.

“The soil depth in those two fields is between two and four inches,” he said. “They cannot be used for growing anything.”

He said he never intended to propose a concert venue. He said he what was asked for was a special events space for arts and crafts fairs, wine events, and other cultural events, which he said would be held on weekends and would generally last a day at the longest. That was apart from hosting the musical events organized by Verner.

Verner, who operates Millpond Music and Entertainment with his wife Shane, said there was never any intention of bringing 5,000 people to the site.

“We have no intention of wanting to be a ‘Havelock’ or anything bigger than we already are,” he said.

He said the misunderstanding began when they sought a permit to allow the April Wine concert.When they were told the cost of the temporary zoning amendment would be in excess of $4,000, Raistrick inquired what it would cost to permanently change the zoning on the property.

“Same price,” said Verner. “You can see my confusion in this whole thing when we’re quoted the same price for a one-day temporary use permit as David would pay to rezone his entire property.”

At that point, Verner said, they’d worked diligently to follow the proper process and were looking for a way to move forward. He said booking major entertainers requires a lengthy lead-up and a significant investment of dollars up front.

“I will throw my hands in the air and tell you I honestly thought this would be as easy as getting my permit, explaining what we were doing, and moving forward,” he said. “It’s been a learning experience for me, it’s something that I clearly love to do in this county, I’m from here, and would love to continue to do it.”

He said the smaller events have been held for several years and moved from the Milford Fairground to the current site at Cherryvale after outgrowing that space. He said there have been few complaints since the move was made.

Verner Apologized to neighbours and the community, saying he thought he was following guidelines and doing what was right.

The municipality received several verbal and written submissions in opposition to the amendment as originally proposed and there were many at the planning meeting who voiced their opposition.

“Traffic in Cherry Valley is a problem and for 14 years I’ve been trying to get support though the community and through the police and it’s really been non-supportive,” she said.

She said there are already traffic increases each year and safety is a primary issue in the community.

“Until we get this safety issue resolved and the traffic then we shouldn’t even engage,” she said.

She encouraged councillors to defer the issue.

In a letter addressed to council, Joyce Brown says traffic is already heavy through Cherry Valley in the summer.

“It is hard to imagine the impact of several thousand more cars coming through Cherry Valley for special events,” she says. “There is also little infrastructure in the area to support this added number of people. The noise from such events could be very loud and likely continue late into the evenings, destroying the peaceable enjoyment of Cherry Valley for its residents.”

Forrester told fellow councillors Tuesday that plans were underway to place additional speed limit signs and a digital radar sign in the vicinity of the event to help alleviate traffic concerns.