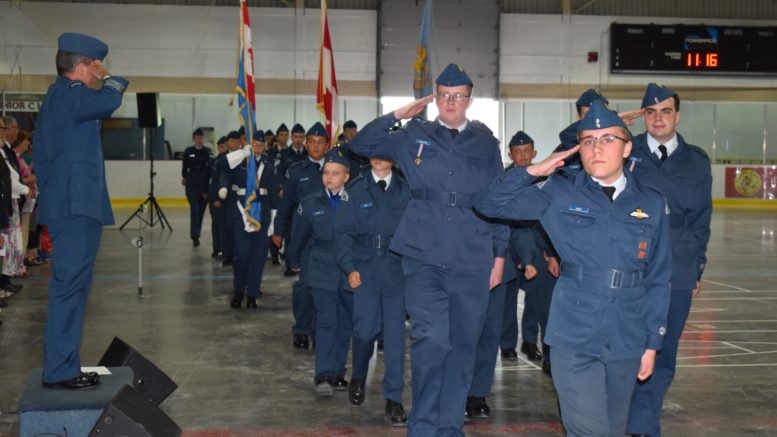 Mark 2017-18 as a year when the 851 squadron of the Royal Canadian Air Cadets served their community dutifully and saw their ranks grow remarkably.

The local squad capped off their year on Saturday with their 41st annual Ceremonial Review and Parade at the Prince Edward Community Centre and there was plenty to celebrate.

Not only did individual cadets shine this past year but the group also was highly visible in the community.

The 851 participated in the trash bash event, conducted a massive clean up operation at Glenwood Cemetery, sold poppies as part of the Royal Canadian Legion’s Poppy fund and participated in a number of local Christmas parades.

Administration officer Mike Campbell said the squad, which was broken into two flights this year named Griffon and Hercules, bonded and worked well with one another to serve each other and the Prince Edward County community.

And not only was the 815 great in spirit but also great in numbers.

“The group of cadets we have are a very close knit group that work well together and were eager to complete tasks and help out the community,” Campbell said. “We started the 2017-18 year with 50 cadets which is the most we’ve have in some time.”

The Summerside, PEI native serves as the Director of the Military Family Services Division for the Canadian Forces at CFB Trenton and spent much of his military career specializing in logistics at bases all over Canada and the world including Cyprus and Afghanistan. 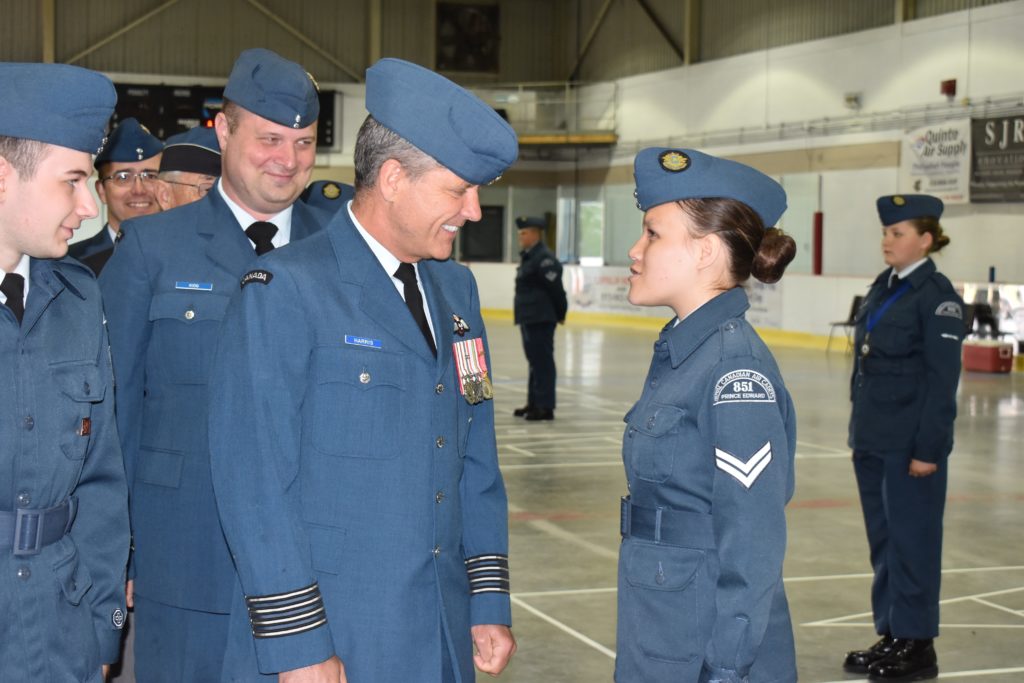 In his address to the Cadets, Harris implored the each member of the group to explore and consider a career in the Canadian Forces.

“Cadets, I hope you’re going to take the skills, the experience, the knowledge that you’ve gained at 851 Prince Edward Royal Canadian Air Cadets Squadron right to us at the Canadian Armed Forces – Royal Canadian Air Force in particular – because we have a lot to offer. Not only a fantastic profession, and obviously a chance to serve your country, but there’s countless opportunities for your physical and mental well-being through professional developments. We’re always expanding our knowledge, training and learning as we go,” Harris said.

The Air Cadet program will recommence in September.