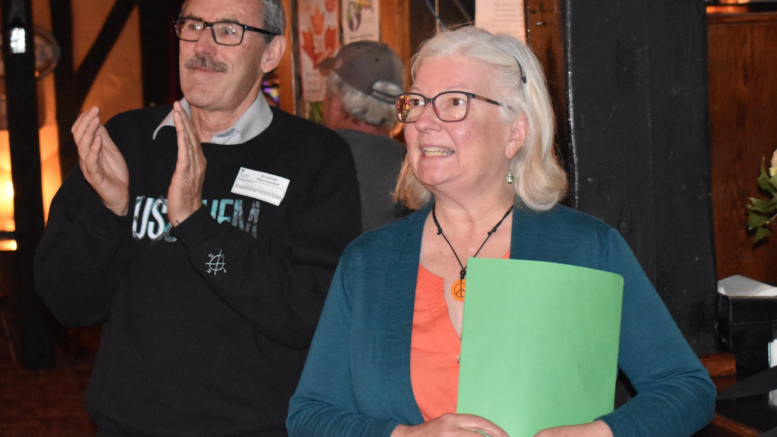 Despite earning official opposition status Thursday evening, one was hard pressed to find an overly optimistic person at the usual post-election haunt where supporters of the New Democratic Party of Ontario were eyeing the 2018 provincial election results with an uneasy eye.

The Beaufort Pub was the scene where about three dozen supporters of NDP candidate Joanne Belanger gathered and were slightly buoyed as the early returns showed signs of a potential orange wave.

But as the Progressive Conservatives started to pull away, the cheers grew fewer and shorter and grim spectre of a Doug Ford-led majority party and their belief it could negatively impact public healthcare, education and social services in a very short time dampened whatever positive feelings any of the party faithful might have had over leader Andrea Horwath being the person in charge of holding the new government’s feet to the fire.

A ground swell of support for PC candidate Todd Smith that saw his polling numbers increase by over 5,000 votes (albeit after a redrawing of riding lines and change of title to Bay of Quinte) was too much for Belanger to overcome in 2018 as the Nicholson Catholic College chaplain managed a mark of just over 16,000 votes to Smith’s 24,256.

But Belanger did speak of “next time” and how her party needed to keep up the momentum for when Ontario voters return to the polls some time in the next three to four years.

“We’ve built something over the last four months that’s moving in a positive direction,” Belanger said of the support the NDP gained in 2018. “It’s time to take a deep breath, shake the dust off and get ready to start working again.”

In her remarks to those gathered Thursday, Belanger thanked family, fans and party faithful who encouraged her every step of the way.

Her most heartfelt thank you was to her campaign manager and husband Terry Cassidy.

He supported me through tough times and cheered me on through seven all candidates events. He advised, he drove me all over, did the dishes and and made sure the laundry done and worked hours day and night making sure all the bases were covered,” Belanger said. 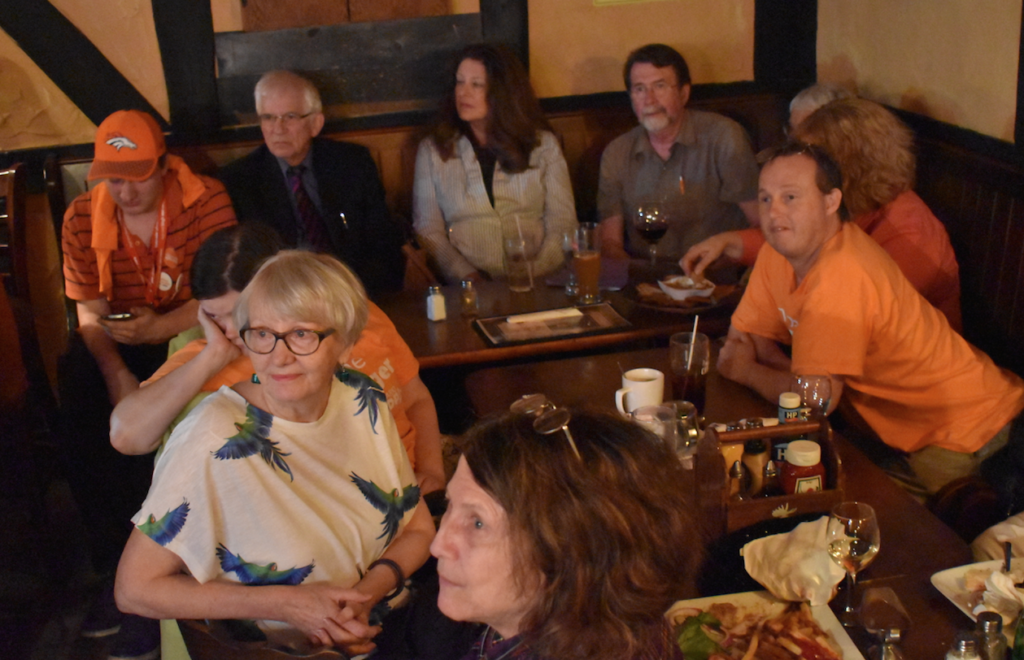 Belanger conceded that Smith would once again represent the Quinte region at the Ontario Legislature and did mention it was her feeling that things between her, Smith, and the other candidates remained civil and respectful. For that she was grateful.

Finally, she wished to thank publicly all those that supported her by voting for the positive change she and Howrath represented.

“Everyone in this great province matters and it’s time we come together and make change for the better,” Belanger said. By your collective voice you’ve reminded everyone of our common humanity and the need to look out for one another. when one suffers, we all suffer. When one of us thrives, we all thrive.

“Let’s build Ontario in the healthy and hopeful province it can and should be, lets celebrate Andrea and the official opposition status and remember that we don’t need to be in power to drive change.”

Despite the rally cries, it was still going to be a bitter pill on Friday morning for those left-leaning socialists that saw the province make a hard right Thursday night.

Former provincial candidate and ardent NDP supporter Micheal McMahon was among those there were stopping just short of hand-wringing.

“I thought we would be closer and I thought we had a chance. It’s a disappointing day,” the former PECI staffer told the Gazette.

McMahon said Ontario would be going back in time under a Doug Ford government and the environment would pay the heaviest toll.

“There’s real concern tonight about the state of our environment and what kind of shape we will be in four years from now. Ontario will pull out of cap-and-trade and taxes will be lower on gasoline so there will be a drastic increase in carbon production. I also worry about the Greenbelt in Toronto and what its elimination will mean for urban sprawl,” McMahon said.