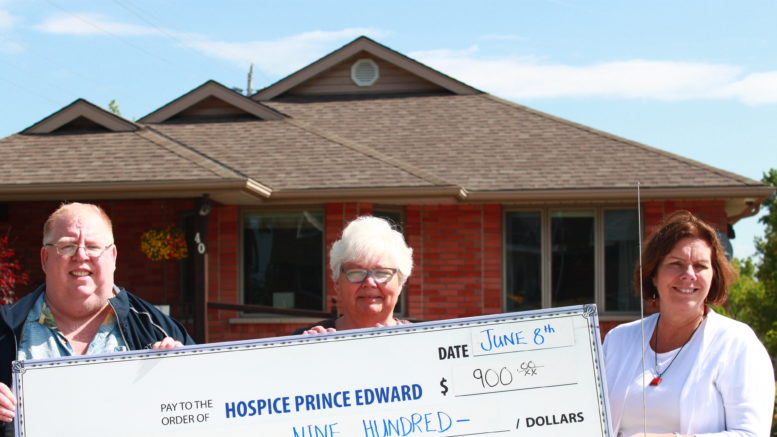 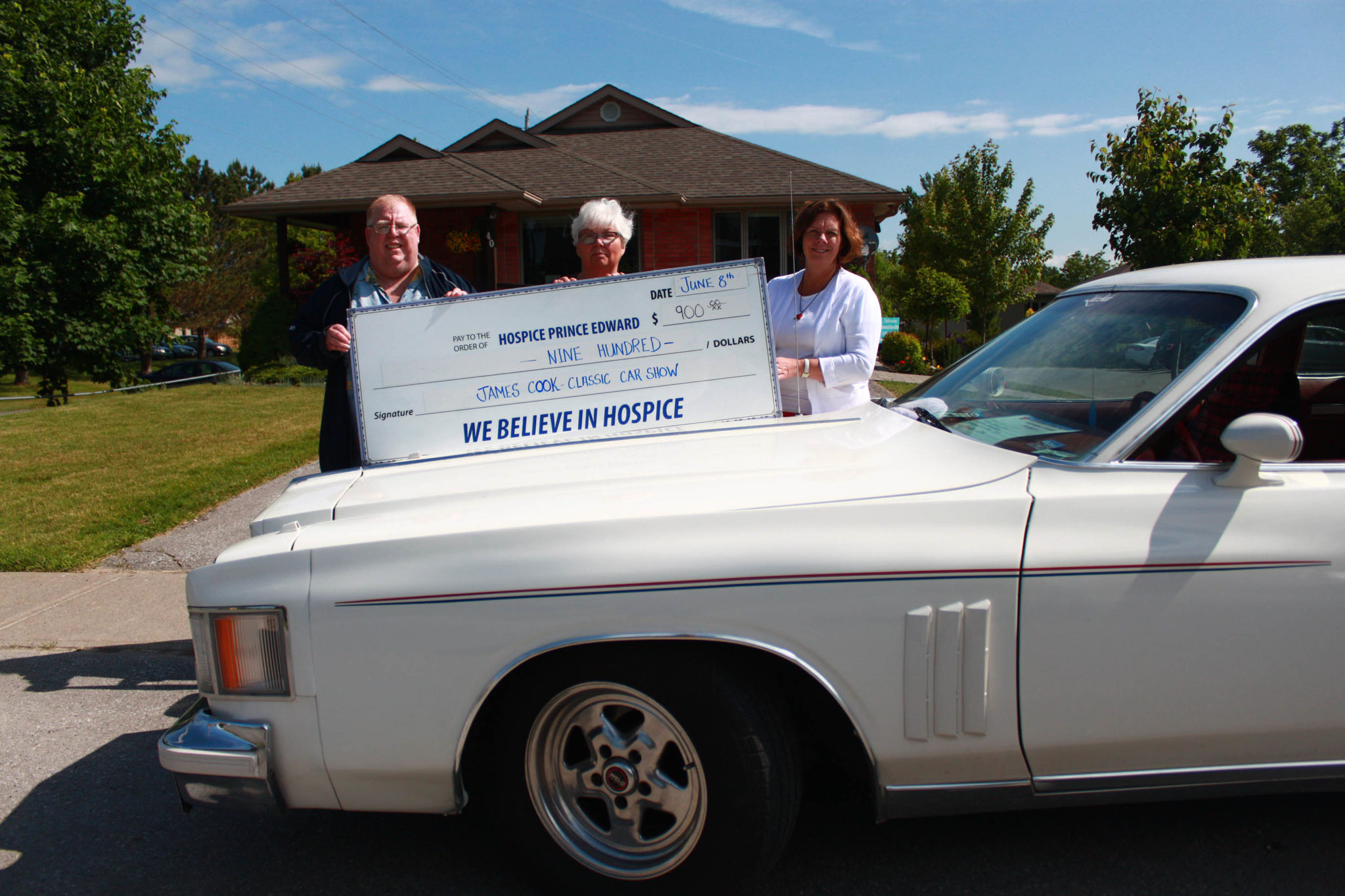 James Cook presents a cheque for $900 to, from left, Hospice Prince Edward event lead Vanessa Lewington and executive director Karen Moore. The money was raised through the Horsepower at Huff’s car show on May 26, which was held in memory of Al Young and Susan West. (Chad Ibbotson/Gazette staff) 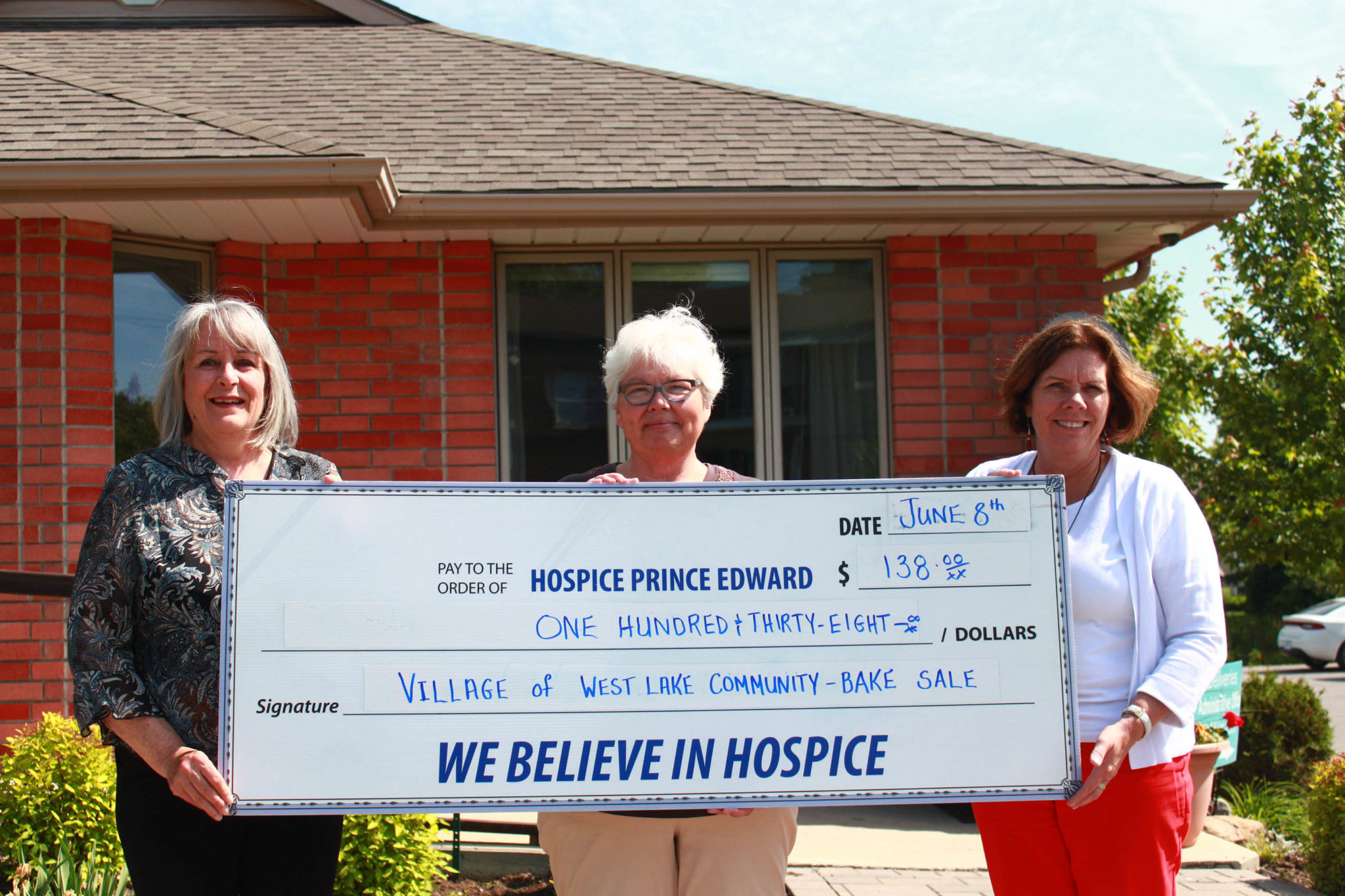 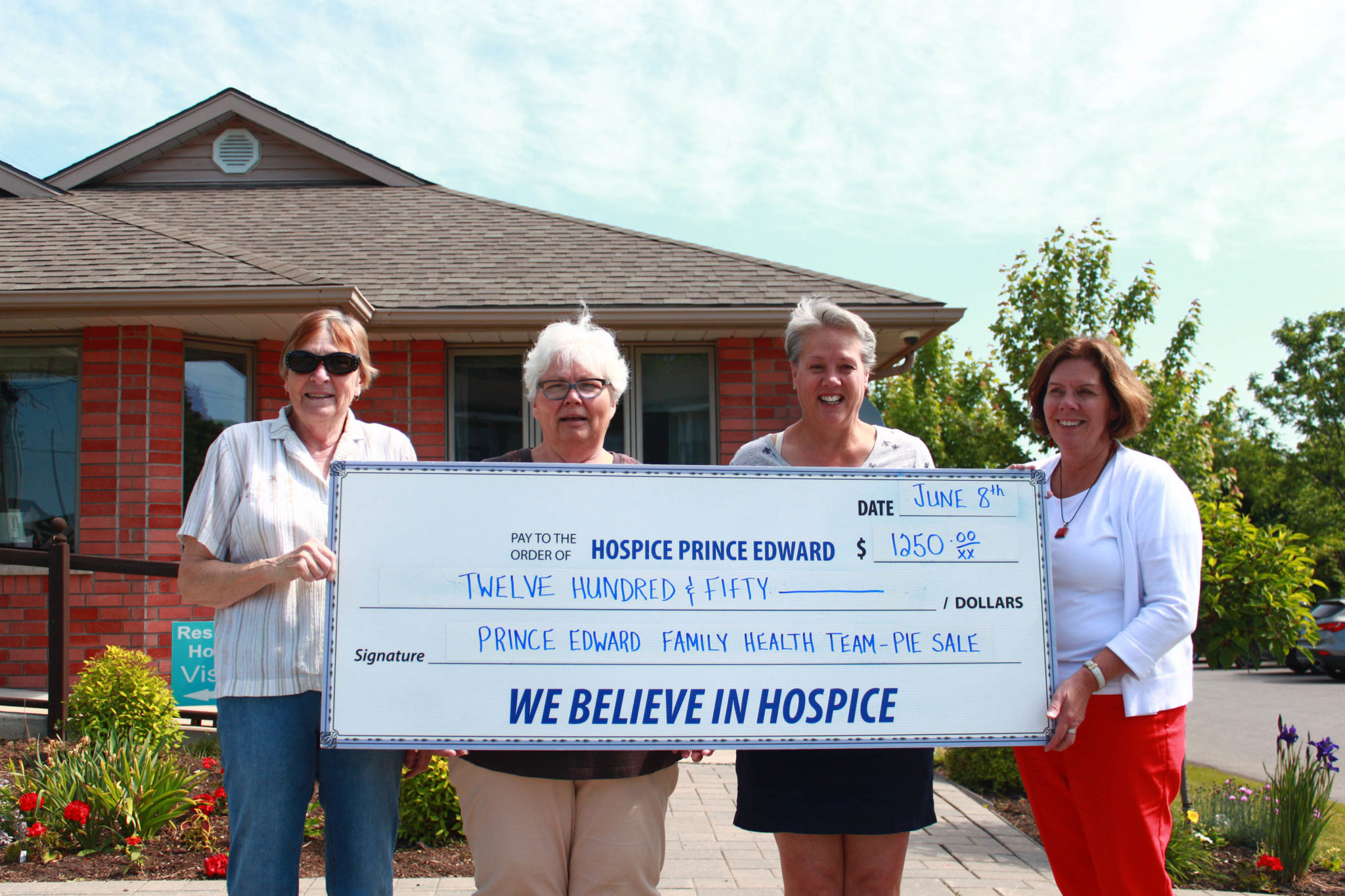