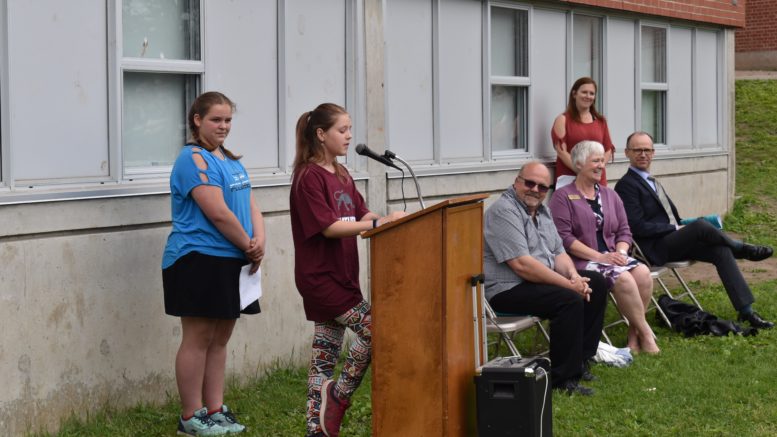 For the second time in consecutive years, the Prince Edward County community is saying goodbye to an elementary school.

Current and former staff as well as alumni, Hastings and Prince Edward District School Board officials and trustees and the student body joined together Thursday afternoon to say so long to Queen Elizabeth School in Picton. 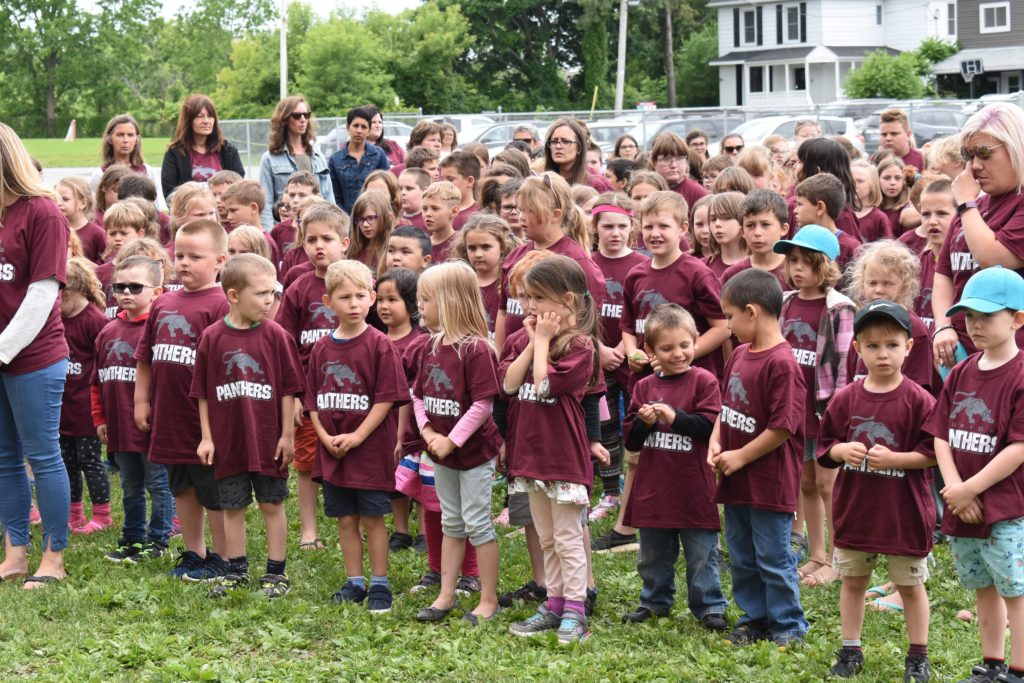 The former Kindergarten to Grade 8 facility was earmarked to close late last spring as part of the the board’s thrust to consolidate schools here in light of declining enrolment and aging infrastructure.

In this current school year, Queen Elizabeth served at a K-to-Grade 6 institution while preparations are underway to make PECI the board’s first Kindergarten-to-Grade 12 facility.

Originally opened in 1954 prior to the Centennial-era consolidated schools in Athol, Bloomfield, North Marysburgh and Sophiasburgh, Queen Elizabeth marked a significant upgrade to those students that were attending smaller schools in the town like those on Mary st or York st.

The first, large-scale and modern consolidated school in Prince Edward County brought plenty of excitement and anticipation for the school-aged children of Picton.

And it was a leading school for many years under the old Prince Edward County Board of Education with many technological advancements including the installation of computer labs and a home economics room.

After making closing remarks to the student body in which she told the pupils that the school served as a backdrop for learning, friendship, laughter and hopes and dreams and that the lifetime of memories made at Queen Elizabeth would be carried forever, principal Kym Myderwyk said she felt the same emotions Thursday as she did a year prior at Pinecrest Memorial School during that school’s closure.

“We’ve had a little more time to prepare but the emotion that goes with a day like today is the same. There’s sadness about the end but also excitement about the new beginning,” Myderwyk told the Gazette.

After a new integration of Pinecrest students, the two schools scrapped their mascots (Lions for Pinecrest, Tigers for Queen Elizabeth) and became Junior Panthers, an alignment with the PECI Panthers and that’s just part of the collaboration that has taken place during this transition year.

“We’ve spent a lot of time at PECI this year and that’s been by design. We’ve collaborated with the Grade 7 and 8 classes and really tried to bond with them,” Myderwyk added. 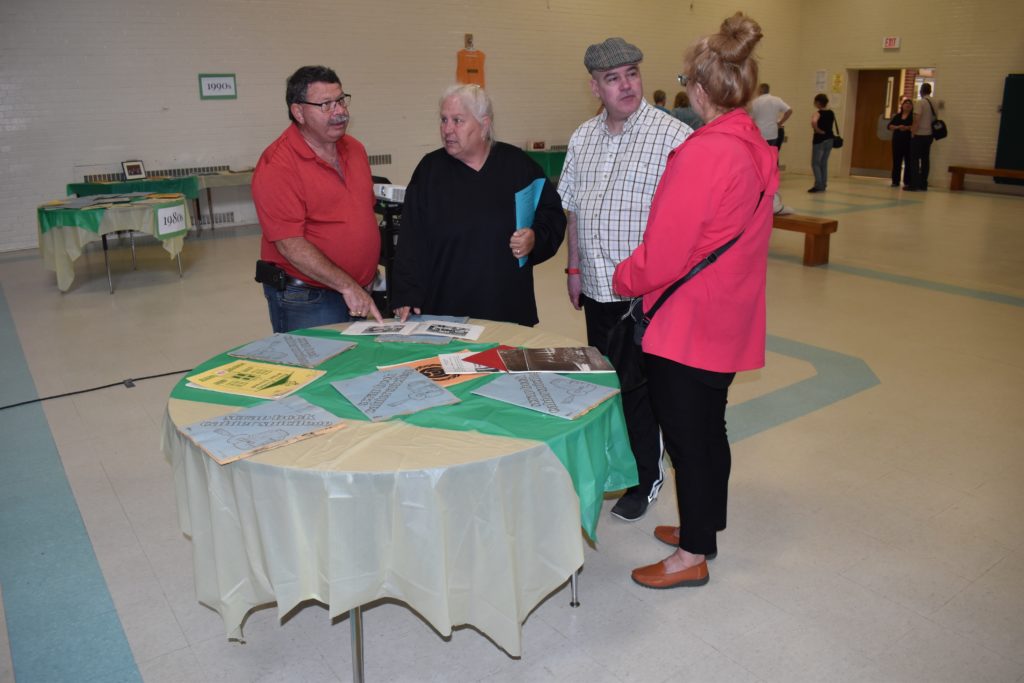 Some of the classes have taken multiple tours of their future home while the renovations have been briefly paused and the principal said that task was undertaken to remove the fear of the unknown.

Another bright spot in the transition is that long time school secretary Sherry Harrison would be making the move to PECI along with most of the current Queen Elizabeth staff.

“I think that’s a real real assurance for parents and students. She basically runs the school here now as it is,” Myderwyk said with a laugh.

At least one person in the audience on Thursday had the unique position of being both an Queen Elizabeth alum as well as a member of the current staffing contingent.

Sherrilee Bell graduated the elementary school in the early 1990s and moved on to PECI just a block east of Queen Elizabeth and now, will make the same move again just a couple of decades later.

Bell said it’s been interesting to have a chance to teach at Queen Elizabeth this year after coming over from Pinecrest at the end of the 2016-17 school year and be part of a transition that will lead to bigger and better things for students and staff.

“It’s a real full circle for me and when I’m out in the yard, I’m surrounded by all these memories of the past,” Bell told the Gazette. “Over in that field, we set off Mr. Ken How’s homing pigeons and this is where we had all those play daysThere’s been changes but it’s kind of funny how I see the school as it was when I was a student here.”

Like most staff, Bell is excited about the possibilities of a K-to-12 facility and what a larger school might mean for students.

“I’m excited for the change, I’ve been in a k-12 facility before and I’m excited about the energy that comes from that type of facility,” Bell added.

Currently a Grade 8 student at PECI, Kayla Zachariah said it was a shock to her and her family, all Queen Elizabeth alums, to learn that she would be attending PECI a year earlier than anticipated.

And while there were some early transitioning hiccups, she assured those students in attendance that the secondary school staff and students had done a wonderful job in welcoming the Grade 7 and 8’s this past year, a trend that would continue next September.

“Imagine kindergartens having their own yard, a gym next to their class room and more money for field trips and some many other benefits,” Zachariah said. “ There have been bumps along the road and there will be more but that won’t stop us. As Panthers, we will thrive towards a new tomorrow. No day will be the same. Great schools cannot exist without great kids and I’m telling you right now, you are all great kids.”