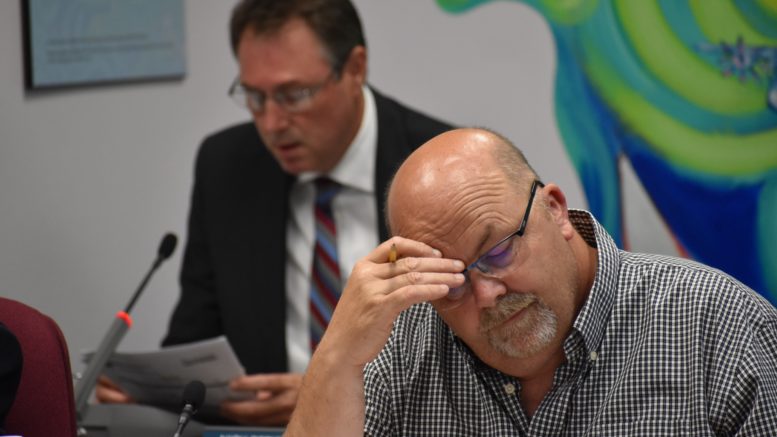 The severe belt tightening will continue for at least another school year, but the Hastings and Prince Edward District School Board can see the light at the end of the tunnel.

Approaching the final year of a three-year multi-year financial recovery program instituted by the Ministry of Education back in 2016, the board will submit another austerity budget to the province after approving its operating and capital budgets for the 2018-2019 fiscal year Monday evening.

In total, the board expects to spend $201.5 million next school year while taking in $204.9 million in expected revenues.

The budget contains an in-year surplus for compliance purposes of $1.54 million which, when added to the accumulated surplus the board has realized over the past two fiscal years, is expected to leave HPEDSB with $4.5 million at the end of 2019.

That amount is reflective of two per cent of the board’s operating budget which is the total prescribed by province.

The actual surplus expected to be gained next year is $3.4 million however $1.8 million is withheld for future employee benefits and gratuities.

In terms of the capital expenditures budget, the board is expected to spend $17.8 million in school builds, rehabilitation projects and school upgrades.

Once approved, these projects are fully funded by the Ministry of Education’s capital branch.

The recovery plan was mandated after several years where the Board drew down on its accumulated surplus in order to balance budgets, putting off tough staffing decisions and propping up schools that were being compromised by declining enrolment.

In total, the board is expecting to lose 21 students on aggregate between the elementary and secondary panels next year, and according to numbers provided at Monday’s meeting, enrolment at HPEDSB has declined by about 6,000 over the past 15 years.

In total, 10,371 pupils are expected to file into HPEDSB classrooms the day after Labour day, 2018. 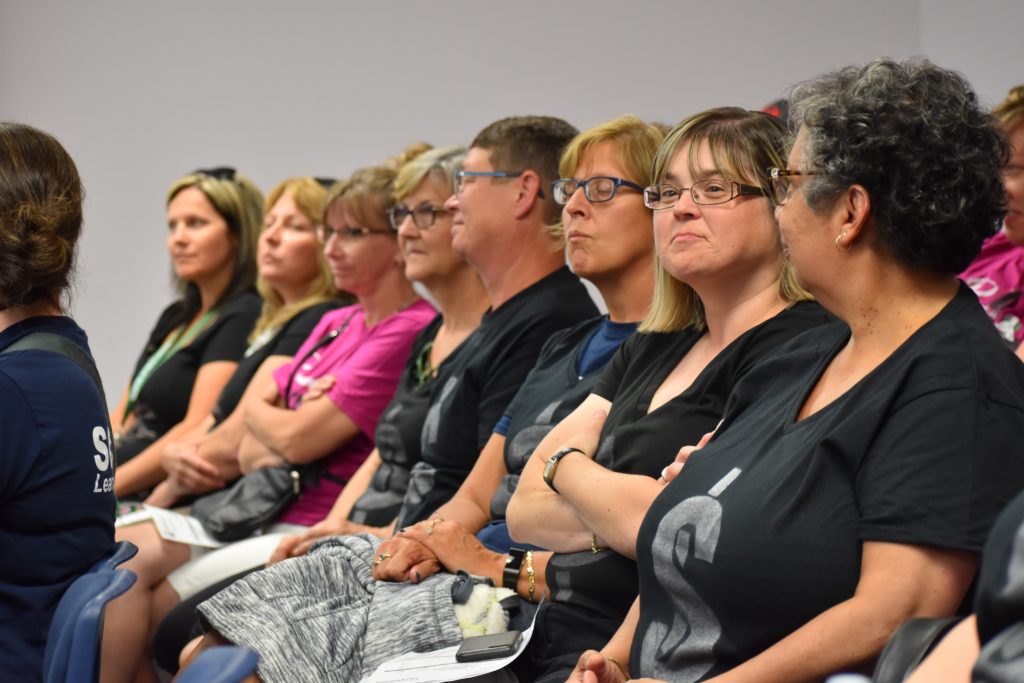 WRONG PLACE, WRONG TIME- Several CUPE Local 1022 members with t-shirts adorned with dollar signs were at Monday’s meeting protesting a public school board budget that would see over two dozen front line staff positions go unstaffed next year after a round of retirements this summer. (Jason Parks/Gazette Staff)

Superintendent of business services Nick Pfeiffer explained the board is — like other rural school boards in the province — one of declining enrolment and, for a system that is funded on a per-pupil basis, that is a devastating trend to contend with.

“When the number of students declines our funding is affected and we end up having half-empty schools. When we started our consolidation reviews last year it was because we had 6,500 surplus spaces in our board,” Pfeiffer said. “Those empty spaces cost money, staff and maintenance to maintain and those are resources we would rather put directly to our students instead of wasting it on empty spaces.”

In attendance at the Education Centre Monday were a number of Canadian Union of Public Employees Local 1022 protesting the passage of the 2018-2019 school budget.

In total, CUPE local president Laura Walton said their ranks of custodians, clerical staff and educational assistants would be losing about 25 members next year and while virtually all of those will be retirees, the impact on the educational front lines would still be felt as the positions will not be restaffed.

“We may not lose people out the door but there will be a loss of bodies in the schools and that’s why we have 25 people with dollar signs on their tee shirts in the crowd tonight,” Walton told the Gazette after the meeting “That’s 25 less custodians, clerical folks and Educational Assistants in our schools next year. Our retiring members are not taking students with them so students are still going to be there, needs will still need to be met and we are already doing as much as we can.”

Walton added the board has never engaged or consulted CUPE during this recovery process to explore other options and it’s commonly been front line staff that’s bore the brunt of austerity measures instituted by HPESDB.

“It’s always focused on front line and we are like the roots of the a tree, If you keep cutting us, the tree is going to fall eventually,” Walton added.

Sidney and Frankford area trustee Jim Williams noted the number of CUPE members in attendance and wondered if there would be human resource investments.

Director of education Mandy Savery Whiteway wasn’t committal to a mass of hirings but did acknowledge that if board exited the financial recovery plan in good standing with the Ministry of Education, there would be local flexibility to address local priorities.

“That is our hope and that’s why we are following this path that we have been mandated to do so,” Savery Whiteway said.

Vice-chair Dave Patterson said the last two years had been tough seas for the board to navigate however, it was necessary.

“It has not been an easy path to be on but it has been the responsible one,” Patterson said, adding senior administration had done an admirable job of remaining cognizant of the needs of the system and maintain a viable system of education that is able offer “multiple opportunities for our students.”