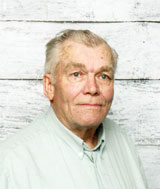 Robert Hugh Lewis passed away peacefully at his home in Adolphustown on Thursday, June 7, 2018 with his family by his side at the age of 73. Loving son of the late Arthur (Bon) and the late Mary Lewis (nee King). Robert will be deeply missed by his children Robert (Geri) of Napanee, John (Pam) of Ingersoll and Tracy Lewis (Collin Knight) of Kaslo BC. He will be sadly missed by his grandchildren Danielle, Emily, Kurtis, Jeffery, Kailey, Samantha, Eric, Savannah, Dalton, Merlyn and Saphira. Dear brother of Arthur (late Sally), late David (Rositta), James (Lorraine), Ann Galt (late Bob), and Tim (Cindy) all of Adolphustown. Fondly remembered by his nieces, nephews many other relatives and friends as well as his dog George. The family would like to thank the Doctors and hospital staff that we came in contact with and cared for Dad. As well as the home support provided to us by Saint Elizabeth’s and the Hospice organization. Cremation has already taken place. Arrangement have been entrusted to the Wartman Funeral Home – Napanee Chapel. Friends desiring may contribute by cheque or credit card to the Heart & Stroke Foundation. On-line condolences at www.wartmanfuneralhomes.com