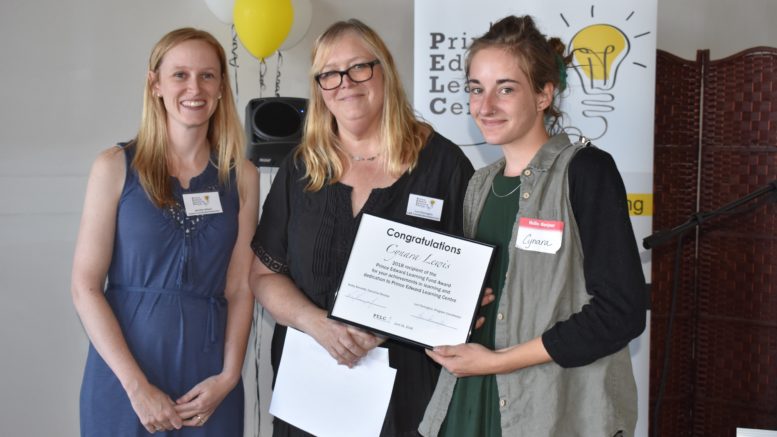 Transitions can be troublesome at the best of times when it comes to education but the Prince Edward Learning Centre and their students not only survived the big move from The Armoury to the Sobeys plaza, they thrived.

The local adult learning initiative celebrated the past year at its annual general meeting on Thursday hosted by the Studio Barn and the gathering was a time to pay tribute to the standout students, applaud employee-PELC partnerships and herald the successful programs in which adult learners participated in 2017-2018.

“Not only did we survive, we thrived this year and it was a really big boost to our organization. We feel really good about the last year and where we are headed,” PELC executive director Kathy Kennedy told the Gazette.

From the huge expanse in the bottom of The Armoury to a co-location where Loyola School of Adult Education and Quinte Adult Education also host their educations services, staff at PELC could be forgiven if they felt like they were moving from a mansion to a broom closet.

That’s not to say PELC’s previous digs equate to anything resembling a mansion however space was quickly at a premium at 97 Main Street in the Sobeys plaza.

Kennedy said the organization needed to re-examine its operations and figure out how best to invest in students and staff and making best usage of its resources in light of a smaller foot print.

“Going from a huge space to a small, shared space there were some concerns but we found we all work really well together.”

The co-location has made Unit One a one-stop-shopping opportunity for willing learners. 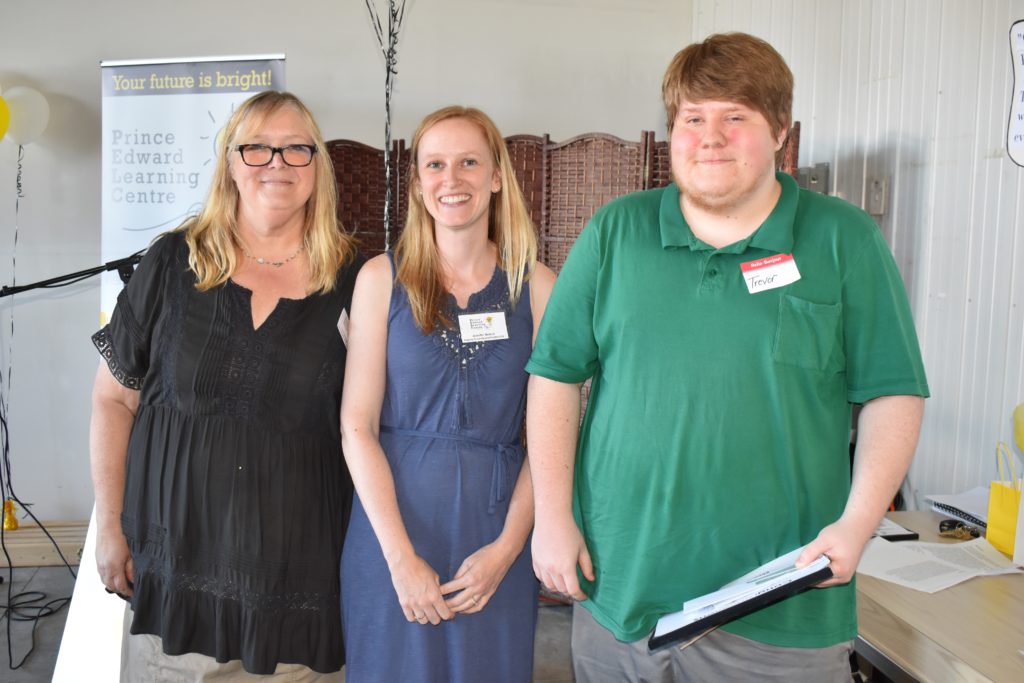 “It’s much better from the prospective of the student and it’s also much better for the organizations to be able to connect people with services that best support their educational needs and goals,” added literacy and basic skills program coordinator Lori Farrington.

Ultimately, as the strategic planning exercise of 2012 indicated and the transition process showed, PELC has more space than it actually needed and the reorganization allowed for resources to flow into programming.

One of those programs that PELC offered this year was the Inspire program which nearly 30 people under the age of 30 receive education programming in addition to meaningful employment opportunities in the community with engaged businesses.

“There’s the pre-employment skills for work and then the students receive on the job training through employers and we had 27 students that are working directly on upgrading skills or on placement right now through this Service Canada program,” Farrington explained. “It shows the routes to creating a career and then there’s experiential learning opportunities on site that allow students to move up and explore possibilities,”

In both instances, Inspire students were open to learning the ropes of their respective workplaces and, after some time, became contributing member team members that made their inclusion on staff a natural fit.

The Cooking Counts program marked PELC’s first foray outside their traditional learning arena and Kennedy was excited about the results.

The program saw young mothers enrolled in the Hub’s Babies and Beyond program take part in food and nutrition courses at the Rick Hotston Centre.

“That was our first experience offering programming outside our centre with our great partners in the Hub and Food to Share and we are going to do more of that next year,” Kennedy said. “There is the obvious food skills component but there’s also an opportunity to explore careers in the local food service industry.”

Farrington added there were plans for the program to expand to young males.

“We are looking at offering a Cooking Counts for guys,” Farrington said “There are a lot of young men who are not cooking for themselves for a number of reasons including lack of knowledge, of equipment or the misconception that healthy eating is too expensive.”

The PELC Pops program bills itself as “popcorn with a purpose.”

The popcorn stand pops up at various locations and events throughout Prince Edward County throughout the year and offers students an opportunity to learn skills related to money math, small business, customer service and food handling in a supportive and safe environment.

But more than the education and employment skills, it also acclimatizes students to causal  social settings.

“Some of our students come to us with very little job experience coupled with high anxiety and it’s difficult to send them into a work place or a volunteer environment because they might not be ready,” Farrington said. “This was a training site that was in between the class room and the workplace and provides an opportunity to receive mentorship.”

The program participated in the Royal Visit at the Wellington Market, tomato tasting at Vicki’s Veggies, the County Pop Music Festival and Belleville Pride in the past year. That exposure also benefits students.

“They really get to see and experience arts and culture in Prince Edward County by being at and participating in these events that they otherwise might not experience,” Kennedy added.

Despite the usual feeling of school wind down and summer break that inundates Prince Edward County this time of year, it will be a systems go for the PELC during the summer months as continuing and adult education initiatives don’t pause for pleasant weather.

“We’ve got students preparing and getting credits in time for college courses this fall,” Kennedy said. “It’s full steam ahead.”