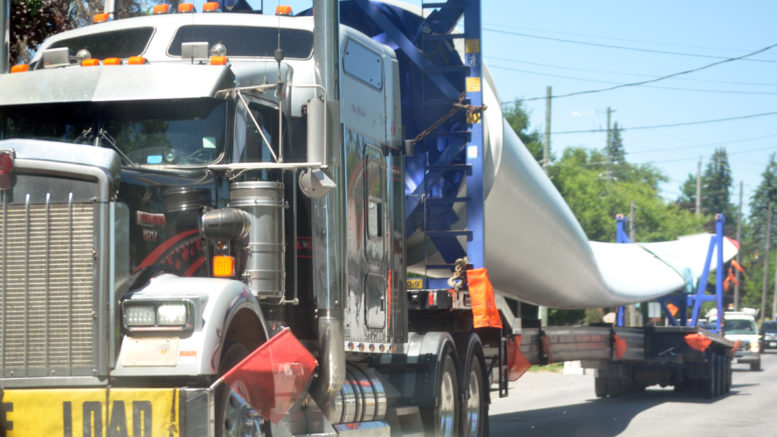 Late last week, word spread the IESO granted the notice May 11. Essentially, that means the company has been given a green light by the province to proceed with construction. It also potentially removes the province’s ability to cancel the project without facing costly cancellation fees or litigation from the developer.

Todd Smith, the Prince Edward-Hastings MPP who will be sworn in Friday as the provincial representative for the new Bay of Quinte riding, spoke on the campaign trail about the idea the notice to proceed wouldn’t be given during an election campaign, which has conventionally been seen as a caretaker period. His party, the Progressive Conservatives, campaigned on cancelling renewable-energy projects that had not received a Notice To Proceed.

The opposition energy critic since February 2017, Smith called the decision “an affront to democracy” and vowed to address the situation once his party forms government this Friday.

“It’s not just me that’s ticked off. A lot of people are ticked off about it,” he said. “It is completely unacceptable and it’s wrong this decision was made during the period of the election. It should have never happened. It breaks every longstanding conviction or practice during elections. Our government hasn’t officially taken office. When it does, I’ll be seeking immediate action to address this issue.”

Smith declined to share further information on how the next government would address the project.

South Marysburgh councillor Steve Ferguson heard about the decision Friday afternoon. He said it caught him off guard, especially since the wind turbines had been an election issue that Smith referenced several times at events.

“Unbeknownst to him and to everybody else, it had already happened,” he said.

Ferguson said with a new council coming in the fall at Shire Hall, municipal councillors know enough to hold off on decisions that will affect the incoming council financially. He said a provincial government agency should have had the same respect for the process and it definitely should have provided notice to the community and to the County before now.

“Something that’s going to cost taxpayers hundreds of millions or tens of millions of dollars should not have been done without informing the community,” he said. “Nobody knew about this until it circulated Friday afternoon. My entire weekend has been dealing with this thing.”

The realization that wpd received this approval came as turbine components have been streaming into the county over the past week, bound for South Marysburgh. Ferguson said regardless of the notice, they’d still likely be arriving. In the meantime, he wants to do whatever he can to learn about the project’s status and continue to press government to halt it.

“They can’t do anything politically (at the provincial level) at this point because they haven’t been sworn in yet,” he said. “I’m going to put a motion on the floor (Tuesday) night at council, asking the incoming government to investigate why this was allowed to happen. The municipality and those affected want to know why this happened, so we’ll pressure them and see what we can do.”

Ferguson said he and other councillors have talking to anyone who might have influence. There have also been daily calls to the Ministry of Environment and the Ministry of Natural Resources regarding residents’ concerns during construction about a road-use agreement between the County and wpd, about infringement on private property, and about impacts on turtle habitats.

“Those visits and calls happen with regular frequency,” he said.

Asked about the mood in his ward, Ferguson said people are not feeling defeated.

“I would say there is, generally speaking, tremendous agitation, anger, and resolve to continue doing what has been occurring for years — continuing the fight,” he said. “People are not giving up. That’s the nature of the beast. It’s almost like a red flag has been put in front of the people again.”

Ferguson said the community rallied against the Ostrander Point project, vocal opposition to the White Pines project brought it from 29 turbines to 27 and eventually to nine. He believes turbine opponents will remain vigilant.

“All that didn’t happen because people just played possum,” he said. “The important thing is the residents that I’ve spoken to are full of resolve. It’s another insult. If I know anything about Prince Edward County, it’s that you don’t stick it to Prince Edward County.”

A pair of legal challenges still before the courts concern the project. The Alliance to Protect Prince Edward County (APPEC) has taken action against the IESO and wpd in Ontario Superior Court, claiming that IESO amended a contract that allowed the White Pines Wind Project to continue despite the fact its reduction to nine turbines by the Environmental Review Tribunal left it unable to meet a condition to provide 75 per cent of its contracted capacity under the Feed-In Tariff (FIT) program. APPEC contends the contract should have been terminated. Justice Stanley Kershman heard the case Jan. 28 in Belleville and reserved his decision.

Another challenge, led by Alan Whiteley on behalf of the County Coalition for Safe and Appropriate Green Energy has called for a judicial review of the Green Energy Act. It claims the Act, which governs renewable energy installations in the province shows institutional bias against rural communities by removing powers from municipalities and not taking meaningful account of the impact on health, endangered species, or local economy, tourism, property or business values. It has yet to be resolved.