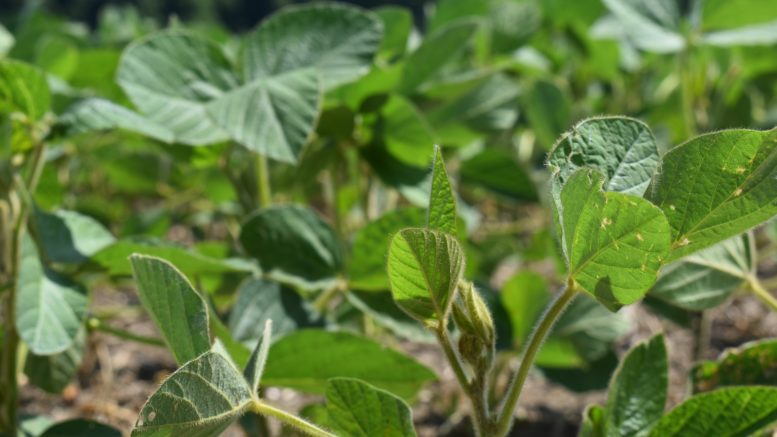 GROWING CONCERN- A developing soybean plant north of Picton. Tariffs on U.S. Soybeans declared by China will have negative impacts on Canadian growers according to grain and oilseeds officials. (Jason Parks/Gazette Staff)

Weather is always a concern for local grain and oilseed producers but all that hot air currently emanating from the south has put the bite on producers.

Farmers, both in Prince Edward County and across Canada, are watching the trade war started by U.S. President Donald Trump and hoping their crops don’t wind up as fodder.

Soybean prices on the Chicago Board of Trade Mercantile Exchange continue to lag after China announced last month it was instituting a 25 per cent retaliatory tariff on US soybeans as a result of Trump’s tariffs on steel and aluminum imports.

Those outside farming circles might think the spat is not a big deal for Canadian farmers considering soybeans grown here aren’t named in the reciprocal trade action. 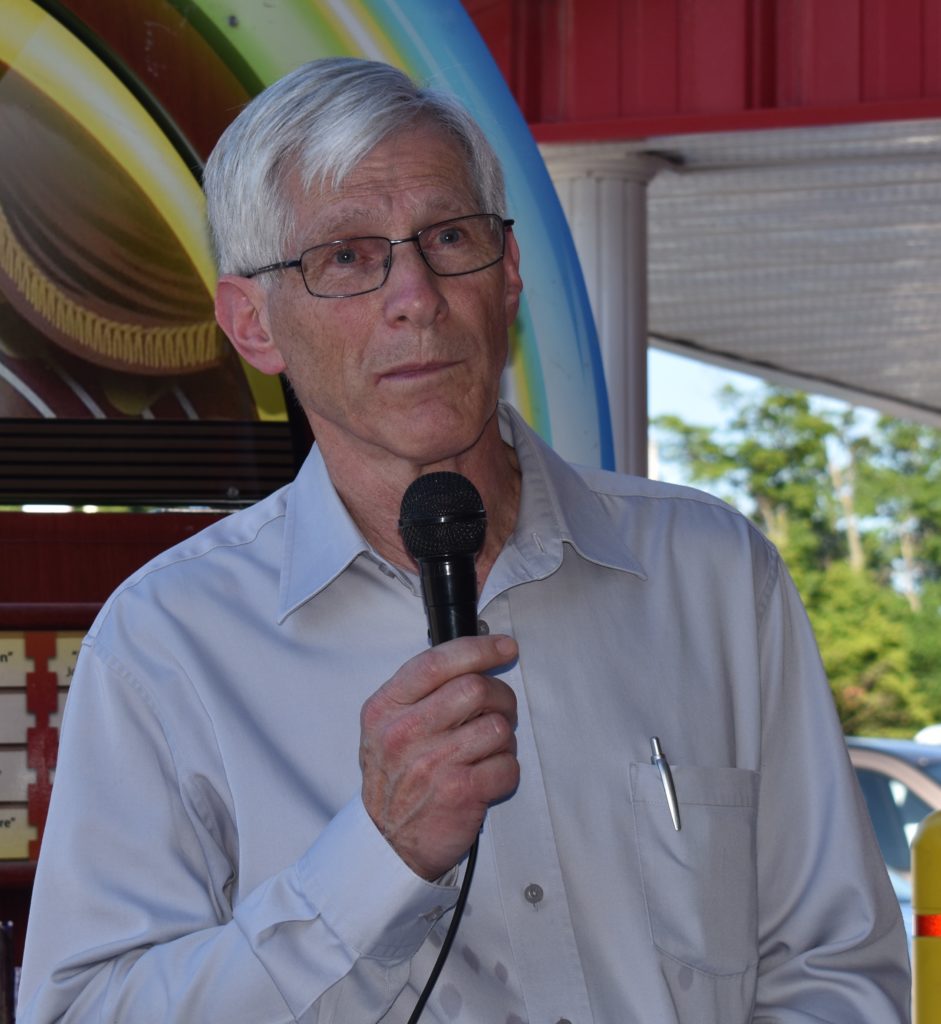 But given the ebb and flow of agriculture commodities both in North America and the world, problems for American farmers will almost instantly become problems of the Canadian farmer come harvest time should the tariffs remain in place.

would prefer to have predictable trade and regulations where soybean growers can all compete on an even playing field.

“In terms of the United States and China, the imposition of 25 per cent tariffs on American soybeans means that the price is going to go down in the States and we’ve already seen that impact,” Davidson said.

Given that Canadian farmers base their prices on the CBOT, a slumping U.S. price is bad news here as well.

Prices that reached as high as $10.70 per bushel in May have plummeted to $8.40 as recently as a week ago and could drop lower.

And directly marketing soybeans to China isn’t really a wide scale option considering Canada couldn’t possibly meet the void that will be left if and when Chinese buyers start looking for more economically viable alternatives to U.S. soybeans.

“While Canadian producers might have a small opportunity to export a small amount of soybeans export at a little bit higher price, we cannot replace the Americans. We only produce 7.7 million tonnes while U.S. farmers are exporting 30-35 million tonnes annually,” Davidson said.

Canada exports about 2 million tonnes to China with the remaining 5 million exported to about 70 other countries or used for domestic purposes.

“If the Americans can’t export to China, they are going to export to the other places Canada does and there’s a huge risk,” Davidson added.

Industry experts are expecting soybeans produced in Russia to fill the void in the China market and, with millions of acres of soybeans growing in fields in south of the border, the market might become too flush with product this fall.

And that’s not good for Canadian farmers.

“We would hope the U.S. and China are able to resolve the soybean challenge and let us get back to trading on the predictable rules and the quality of the product we produce,” Davidson said. “In the short term, the United States has free access to Canada… there’s no tariff here on American soybeans or soybean oil and no tariff on soybean meal so if the price is lower in the United States, it will be lower in Canada.”

Chair of the GFO Markus Haerle said the tariff wars was the biggest risk facing soybean farmers because of the unknown timeline. 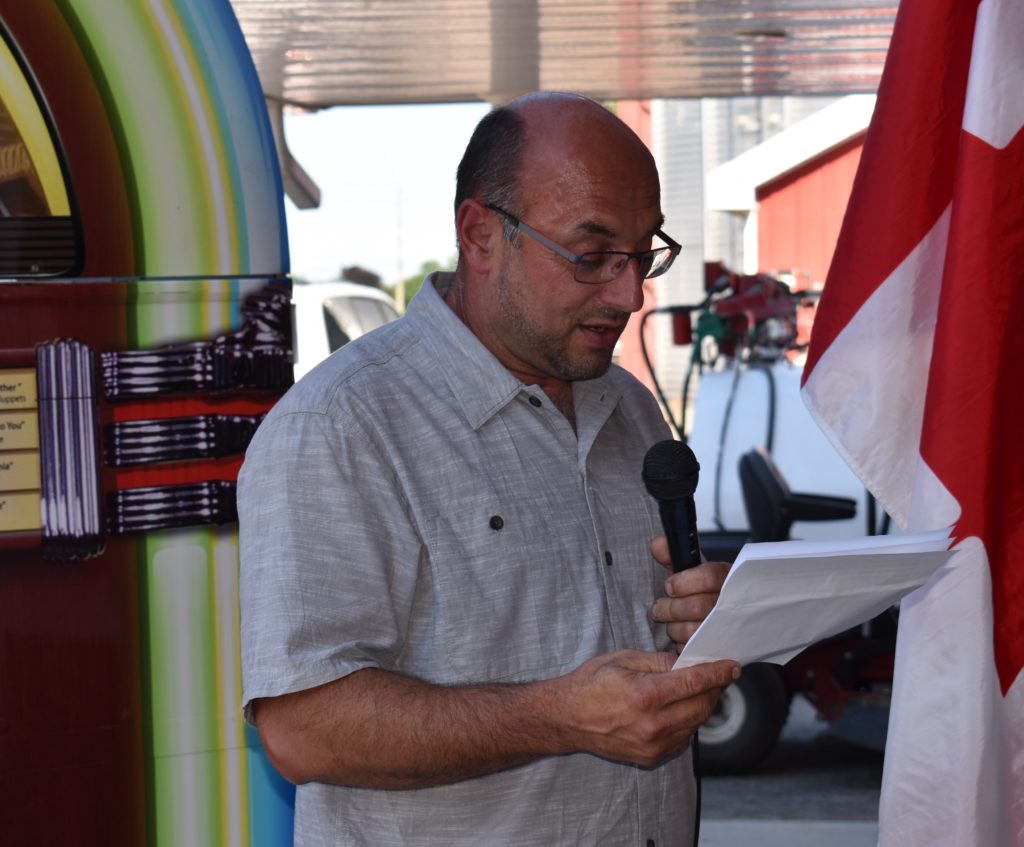 “We don’t know how long this is going to take,” Haerle told the Gazette. “And that’s a huge risk.”

Soybeans are among a number of U.S. Products that are facing retaliatory tariffs from China along with items like orange juice, whiskey and electric cars.

Soybean farmers in the U.S. Have appealed directly to Trump, calling him to reconsider the tariffs.

“Soybeans are the top agriculture export for the United States, and China is the top market for purchasing those exports,” said John Heisdorffer, a soybean grower from Keota, Iowa, and president of the American Soybean Association (ASA) in a statement following China’s announcement of tariffs. “The math is simple. You tax soybean exports at 25 per cent, and you have serious damage to U.S. Farmers.”

And, ultimately, Canadian farmers trying to compete on the North American market.

While the tariffs have been a flash point in recent days, North American Free Trade talks have been bogged down for months and that was another issue Haerle voiced concern about.

Both Haerle and Davidson were happy with Wednesday’s announcement at Reynolds Brothers Farms by Bay of Quinte MP Neil Ellis that the federal government was funding a pair of projects under Canada’s AgriRisk program.

Currently, farmer’s hopes for a good return are pinned on weather scares or productions issues taking place in some other part of the world that, in turn, drive up prices.

“Those are not the avenues we want to be taking, they are not predictable and our banks are not going to wait until Mother Nature is going to throw a curveball somebody because it might wind up being us,” Haerle said.