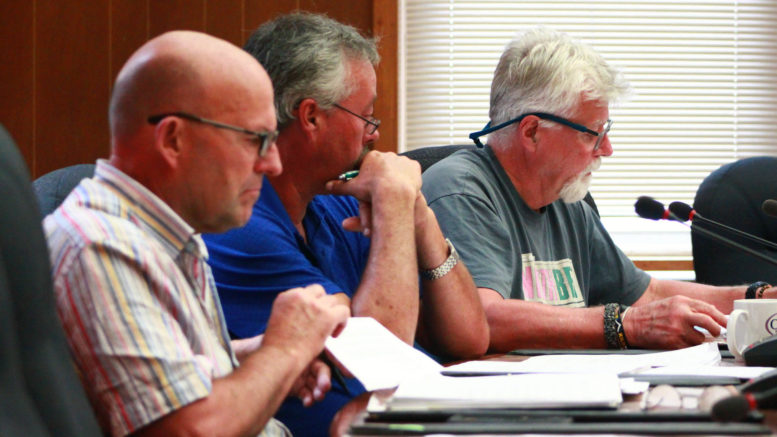 The recent developments with the White Pines Wind Project continue to make waves.

Committee of the whole supported a motion Thursday asking that council be kept informed of the results of any investigation as to how and on what grounds the Independent Electricity System Operator (IESO) decision to issue Notice to Proceed to the wpd White Pines Wind Project was made. Councillors also backed a motion indicating council’s support for the provincial government bringing forward new legislation that would cancel the wind project. The motions were introduced by councillors Bill Roberts and Steve Ferguson respectively.

Roberts said the move to issue Notice to Proceed seems to have been outside of parliamentary convention.

“If there has been some skullduggery with regard to that issuance of Notice to Proceed, then an investigation should get to the bottom of it, not for the least reason being to reestablish public confidence in IESO going forward,” he said.

Councillor Dianne O’Brien was among those who supported the motion, saying it shows the community that council is interested in finding out how the decision came to pass.

“It shows concern about how this whole thing came to be,” she said. “It shows our desire for those answers and, to me, it’s open and transparent to the public.”

Ferguson said the motion supporting the provincial government’s announcement they will cancel the project comes as work on the nine-turbine development continues in South Marysburgh.

“We’re just thrilled this has been undertaken by the provincial government,” he said.

Mayor Robert Quaiff said the announcement the Progressive Conservative government would move to scrap the turbine project was reiterated in Thursday’s speech from the throne. Bay of Quinte MPP and House Leader Todd Smith confirmed the promise as well, he said.
“I’ve got his assurance that this is going to go through and it’s going to go through with the caveat of an insulation to the provincial government so it will take away the ability of wpd to sue the provincial government,” said Quaiff.

The mayor said he also spoke with the municipal solicitor and it’s felt the municipality is also insulated from any litigation.

Chief administrative officer James Hepburn said staff were involved in the crafting of the motion and didn’t feel it could be considered litigious.