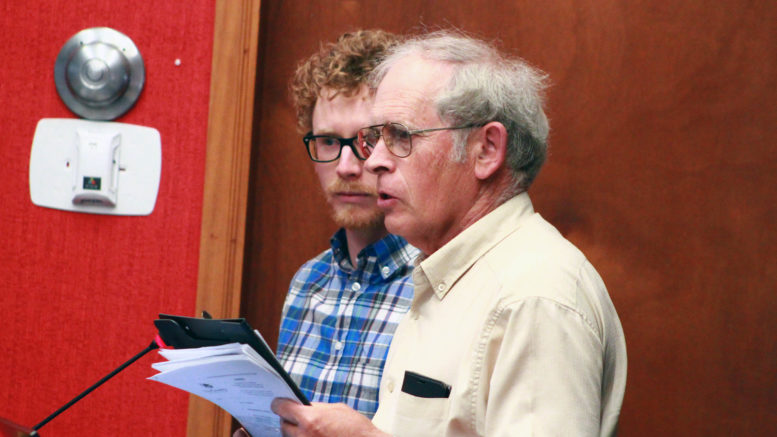 The establishment of a Farming Assistance Grant Program progressed Thursday.

Committee of the whole supported a motion that would see the grant program to support new and young farmers approved for the 2018 tax year and included for consideration in the 2019 and 2020 budgets. In the first year, the program would have a maximum allotment of $40,000 which would be funded through the municipality’s tax rate stabilization reserve and disbursed through the newly created County Cultivation Corporation.

If approved by council at their next meeting on July 24, applications would be accepted and funds disbursed prior to the final due date for taxes in September.

Under the proposed program, new and young farmers would be eligible if they possess or have pre-registered for a Farm Business Registration (FBR) number and are engaged in farming activities on the farmland for which the grant is being requested. To receive an FBR number, the farm must have a minimum $7,000 gross revenue.

“This is a number that is only given out by (Ontario) Agricorp,” said Armstrong. “If you are a hobby farmer and do not have a Farm Business Registration number, you can not apply for this grant, that is the first and foremost and most essential thing.”

Applicants must be between the ages of 18 and 39 the year the grant will be provided or have been engaged in farming activities for less than seven years. The primary occupation of the applicant must be farming.

“That less than seven years will be proven by the date and year you received your Farm Business Registration number,” Armstrong said.

A farm would be eligible to receive the grant if the young or new farmer is the sole proprietor, a member of a partnership, or a shareholder in a farming corporation. Owned farmland and farm structures, as well as leased land that is linked to their Farm Business Registration number would be eligible.

According to 2016 Census data, there are 432 farms in Prince Edward County. Based on that data, it is estimated about 15 per cent of those farmers are under the age of 40. It is estimated 10 per cent are new farmers, which brings the total estimated percentage of eligible farmers to 25 per cent. That would represent about 108 farmers.

The creation of the program was prompted by discussions over the last couple of years regarding the farm tax ratio. While councillors turned down adjustments to the ratio in 2017 and 2018, it was hoped a grant program could assist new and young farmers whose operations have been negatively impacted by property tax increases due to rising farmland property assessments.

“The justification for this grant is that many young and new farmers cite financing as a major challenge to establishing and maintaining a farming operation,” said Armstrong. “Especially start-up costs, that’s a pretty big cost — especially for a farmer like myself who is farming a small acreage.”

Armstrong noted that the Ontario Ministry of Agriculture, Food and Rural Affairs (OMAFRA) have expressed interest in the program.

The proposed grant program, which was developed over the course of five meetings by a committee comprising agricultural advisory committee members, councillors, and a representative from the National Farmers Union, received significant support at the meeting.

Councillor Bill Roberts commended the ad hoc committee and staff for putting the program together in such a short period of time. He suggested while the program may not be perfect, there’s an opportunity to make adjustments going forward.

“This is so innovative and so prototypical by definition, it can’t be perfect out of the gate,” he said. “It’s only through implementing it and experiencing it and tweaking it subsequently we’ll get it close to perfect.”

“It’s a pretty volatile business to be in,” he said. “We’re going to have another dry summer, so encouraging farmers and incenting farmers is also part of this grant approach.”

Councillor Janice Maynard, who sat on the ad hoc committee, said the program may not have been farmers’ first choice, but she feels the result is positive.

“We made a concerted effort to make sure we came up with something that was doable and at a reasonable cost and hopefully, once we gather more data, we can continue this, expand it, or find some way to continue to help this important sector of our economy,” she said.