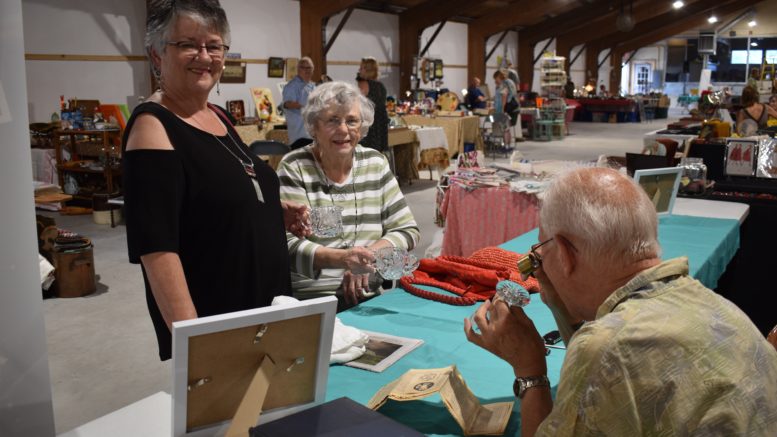 It was a show with something for everyone at the annual Prince Edward County Antique, Vintage and Retro Show and Sale at the Prince Edward Curling Club this weekend.

Over 500 people filed through the Curling Club doors this weekend as an eclectic exhibition of old and aged was on display by vendors and collectors from all over eastern Ontario.

Tin toys, tools, tea cups and everything in between was available and even the most resistant buyer would have had no trouble finding an item that brought back a flood of memories.

Organized by local antique authority Kevin Bazkur in cooperation with the Curling Club, the Antique, Vintage and Retro show was revived a few years ago and was altered in 2018 to have a more wider audience.

“We changed a lot this year and part of that change from going from a straight antique show to antique, vintage and retro show,” Bazkur told the Gazette, “We’ve got everything from mid- century modern to signage and soda memorabilia to cool pieces of stained wood that people are turning into bars and tables.”

The change comes as a way to meet the demands of the market as straight antique shows are, themselves, becoming an antique.

“You have to go where the people who come want you to be. We could have just a porcelain and china show and there’s nothing wrong with those shows but we are trying to have a variety of items-you can get your Betty Boop cup, your vintage soda display and a piece of processed hardwood for your new bar,” Bazkur said, pointing to the various exhibitors. 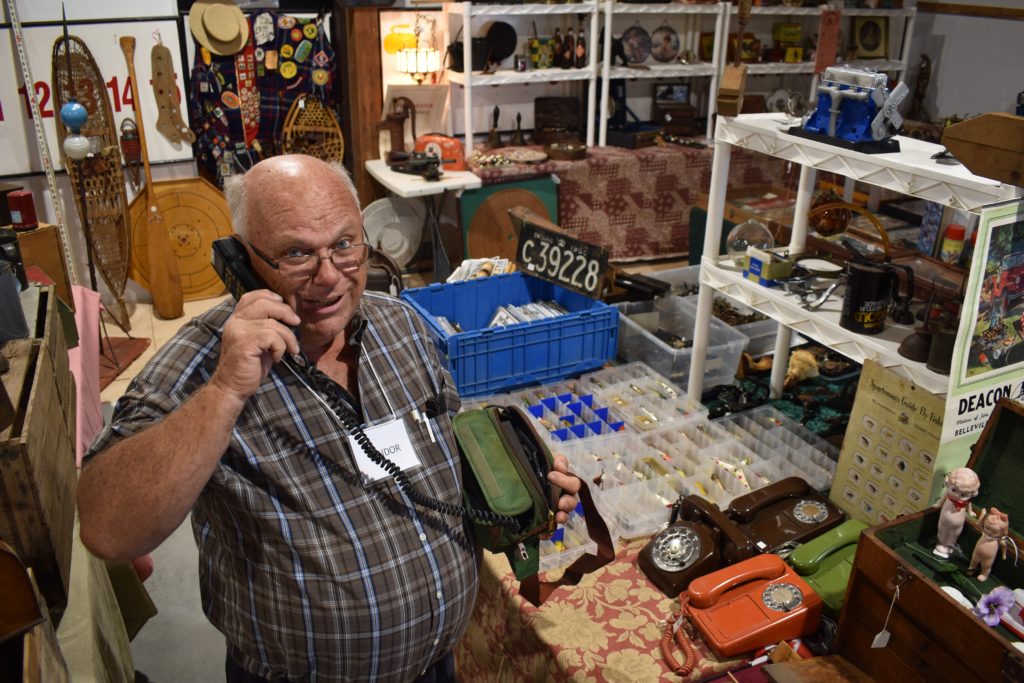 Ron Stakes, president of the PECC was enthused by the turnout and said the local group benefits from the show by way of rent and supplying staffing.

“We are happy to see it continue as it provides us with funds to maintain the building and keep offering curling in Picton,” Stakes told the Gazette.

Several improvements to the building including roof rehabilitation, new insulation and walls and new lighting are evident even when the cries of “Hurry Hard!’ are not being bellowed from the hog line and long time antiques dealers Russ and Marg Brownson of Peterborough have been impressed with the modifications.

Exhibitors in Prince Edward County for nearly 30 years through the show’s various forms of existence, the Brownsons undertake about 10 shows a year and make sure that a mid-summer trip to the Curling Club is one of them.

Russ Brownson said he and his wife, both retired, take part in the antique business mostly just for fun.

The largest exhibitors at this years show, the Brownson’s display occupied the entire northeast corner of the rink.

Antique fishing lures, muskets, jewelry, toys and even an old mobile car phone- the type that came in a soft sided carry bag and plugged into a cigarette lighter- were available at Brownson expanse of tables.
“These phones were really good for getting a signal,” Russ chuckled. “I remember having one that would get a signal when all the handheld ones wouldn’t”

“We really like Prince Edward County and the people are so nice and it’s good selling. It’s a good, well organized show,” Marg added. 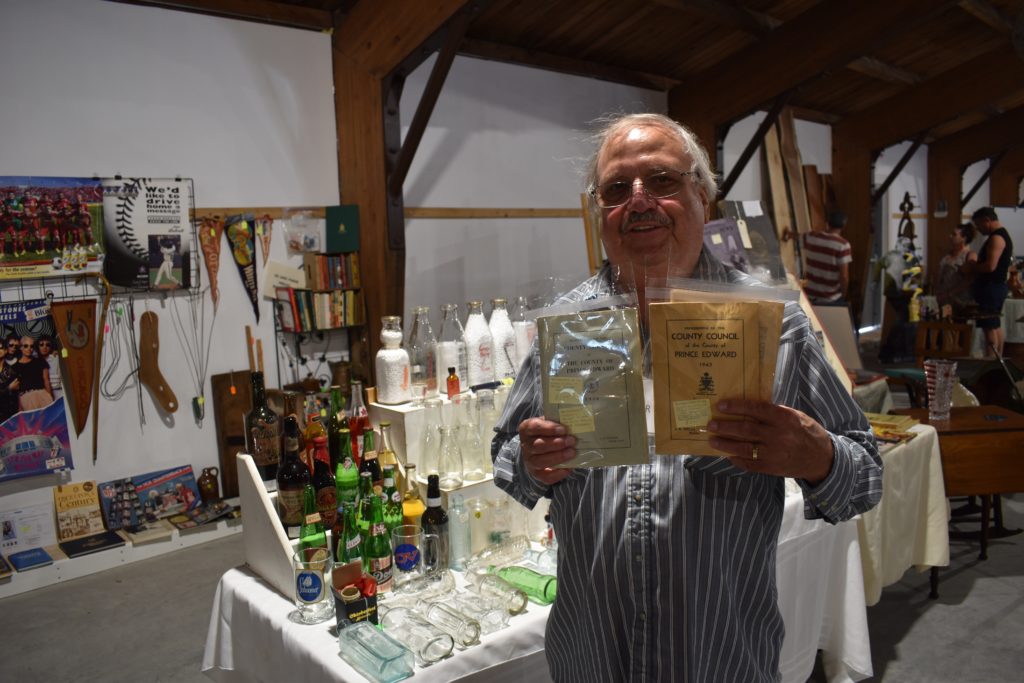 Ed Hrelec of Colborne said he’s down to about four shows a year and keeps at it because “I’m retired and I have way too much stuff.”

Among the unique items Hrelec had on display was an 1878 Prince Edward County atlas and County Council reports from the mid-1940s.

“I really enjoy collecting paper and items with paper on them,” Hrelec said, pointing to a wide selection of bottles-liquor and otherwise- with intact paper labels, some dating back to the late 1800’s.

A new wrinkle to this year’s show was that each entrance received a complimentary appraisal of single items.

Don Roberts, a gold, jewelry and china expert with over 40 years in the business was examining Joanne Pierson’s collection of early 20th Century crystal.

Roberts was able to determine the items were fine cut crystal glass made under the Gundy-Clapperton label and were likely made in Canada over a century ago.

While Roberts couldn’t offer a direct appraisal as to the value of the piece, he was able to authenticate and originate the items for Pierson.

“It’s something new that we are trying this year and we think a lot of people will take advantage of it,” Bazkur said on Friday afternoon.