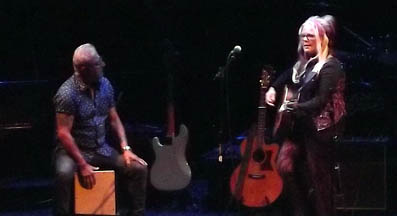 In the midst of anger and sorrow, a community has pulled together to help restore a beloved local treasure.

On Sunday, the Regent Theatre in Picton was packed for Glenwood Live!, a sold-out concert held to raise money to restore the damage done to 175 monuments at the historic Glenwood Cemetery in Picton. Repairing the toppled and broken monuments is expected to cost around $150,000.

The cemetery, established in 1873 as a private, not-for-profit organization, is considered one of the most beautiful in Ontario, and the vandalism hit the community hard. The event was put together by local musicians Lenni Stewart and Sid Wells, and featured 30 Prince Edward County performers, all of whom donated their time to participate.

The day also included an auction of a Glenwood Cemetery poster signed by all of the acts taking part in the concert, which was sponsored by Huff Estates Winery. All of the proceeds will go towards fixing the vandalized grave markers, many of which are very old and are not covered by insurance. Some were heavily damaged and will require extensive repairs. 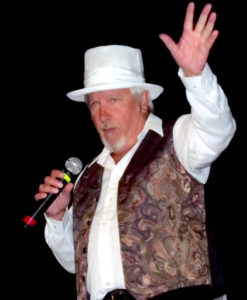 Putting on a show Rick Zimmerman served as the emcee Sunday as more than 30 local acts took the stage at the Regent Theatre as part of a benefit to help offset the cost of fixing damaged and toppled monuments at the Glenwood Cemetery. (Terry McNamee/For The Gazette)

Cemetery chair Sandy Latchford said the Ontario Provincial Police have arrested two teenagers in connection with the June 21 desecration, with a possible third arrest to come. She thanked the people who helped with the investigation and those involved with putting together the concert and silent auction on Sunday.

One of the most seriously damaged monuments was the cemetery’s signature angel. It marks the grave of Ruth Guest, who was killed in a motor vehicle accident in 1926.

“The good news is the Ruth Guest angel, which was damaged very badly with broken wings, has been a

ssessed by a stonemason and they are going to be able to repair it,” Latchford said. “And I am pleased to say, they have offered to do it for free.”

The concert was hosted by Wells and featured emcee Rick Zimmerman.

Additional fundraisers are planned for later this year to help with the restoration costs. More information will be posted on the Glenwood Cemetery Facebook page at www.facebook.com/glenwoodcemetery.