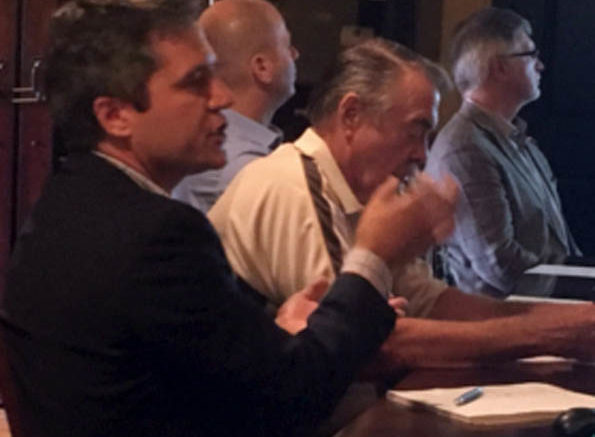 Innovation will be the key to sustaining the rural economy and rural way of life.

That’s the thesis the Prince Edward-Lennox and Addington Community Futures Development Corporation (PELA CFDC) is banking on as it wrestles with a frightening trend for rural areas.

“When you look at the data, our rural way of life is very much at risk. We can see that in figures that show Ontario’s urban population is growing by about 15 per cent per decade, while rural population is in decline by about seven per cent over the same time period.”

Callan said that’s the result of the 20-30-year-old demographic leaving rural areas for work opportunities. Over time, that has a cascading impact.

“This trend, if unabated, risks hollowing out rural communities with no one left behind to carry on the rural way of life and uphold rural values to serve as stewards of the land,” he said. “This hollowing out of rural communities is evident in things like schools closing. We see it in the merger of services and the growing list of folks we all know who have kids moving away and not making plans to return when they start their working life.”

Compounding the challenge, is a stagnation of production nationally. Often, Callan said, that stagnation is felt harder in rural communities not benefitting from manufacturing. It can manifest itself in social problems and, citing Harvard and Yale researchers, he noted it might be the cause of angry populism and backlash against globalization.

Nationally, Callan said the response national policy makers favour to combat stagnation is the innovation agenda — stimulating knowledge-driven growth and providing access to capital for start-up and scale-up for businesses, which is a large part of what PELA CFDC does.

It’s also been a realization that inclusive growth is needed, pulling groups previously underrepresented in economic development into the greater participation — hence some of the federal government’s policies to reduce barriers for women in business leadership roles. Looking at rural communities as those that might be left out, Callan said PELA CFDC can consider a strategy that would bring innovation to sectors that aren’t always considered.

“Our conclusion is that it means we focus on enterprises that bring productivity-enhancing technologies and business models to sectors and geographies that historically lagged,” he said. “That’s really our core investment thesis at the moment.” Callan noted depending where one is in Prince Edward or Lennox and Addington, they might look out one window and see cornfields and look another direction and see a trucking company. One might not see obvious signs of innovation, but they could see opportunity.

He noted that in agriculture and transportation — and indeed in many local businesses — there may be ways to update practices and benefit people throughout the supply chain. Many local offices, he surmised, still work primarily in a paper environment.

“There’s a real potential win if you can take enterprises and whole sectors from practices that prevailed in 1992 to 2012. There’s a lot of economic value that could be created and that’s value that could be captured by all of the stakeholders in the supply chain, including businesses, their staff, the wider community and investors.”

With that in mind, PELA CFDC is now looking at all its investments in relation to that thesis. Rather than looking at companies applying for grants and loans as individual exercises, they’re stacking programs to support enterprise. That means targeted, finite investments that would see potential companies partnering with existing business operators and trying to find common causes to increase productivity, provide access to new markets, or create jobs.

Callan used the example of some recent partnerships to illustrate his point. A company called Grain Discovery has created technology that helps create efficiencies in the way grain farmers sell their product, offering a transparent online price exchange. Despite interest from larger cities like Toronto, Montreal, and Chicago, the company located in Prince Edward County where it will run a pilot this fall with local grain farmers.

Callan said PELA CFDC can broker the awkward talks between companies like Grain Discovery and local farmers and through its investment, both can benefit. The company can gain early validation to its business model and the farmers may gain a valuable tool that would help them get a fair price for their products.

Another example is PELA CFDC’s recent plan to subsidize local connections to Freshspoke, a Barrie-area technology firm that looks to find efficiencies in distribution systems for local food producers. He said there’s been a strong uptake in local support already.

According to Callan, those deals have a potential to offer lasting benefit by encouraging local industry to be early adopters of technology and best practices.

“If they sit on the sidelines, they risk becoming uncompetitive and contributing to the downward spiral in terms of rural job creation and population.”

In addition to its own funding efforts, PELA CFDC is also trying some different methods to bring about innovation. It recently partnered with the MaRS Discovery District incubator in Toronto. It’s developed a social enterprise accelerator program with a dedicated stream for agricultural and food-based businesses. Through the partnership, local businesses have had access to the knowledge offered by MaRS.

“We’re benefitting by getting exposure to enterprises that are potentially a good fit for our local communities. There is a significant number of folks we have referred.”

PELA CFDC is also pursuing a partnership with the Paro Centre for Women’s Enterprise, which started a peer-lending model in northern Ontario that has a strong track record of repayment that could see a pilot of the program for southern Ontario here. It has also partnered with Kagita Mikam Aboriginal Employment and Training and the Small Business Centre to sponsor a series of workshops aimed at helping Indigenous people living off territories to become job creators.

Callan noted the Mohawks of the Bay of Quinte count about 7,000 members who don’t live on the Tyendinaga territory, including some in both counties.

Overall, Callan said the approach PELA CFDC is taking — and the approach it has always taken over the past 30 years — is fitting with a trend among investors who are now quite interested in impact investing, finding both social and financial returns from investment.

“When you step back and look at what we do as an organization, we’ve been doing this for quite a long time. There’s a very strong natural alignment our core competencies and the growing interest in impact investment.”

“We’ve had very active discussions among staff and at the board level on how to meet the demand of that market.”

In addition to Callan who joined PELA CFDC, the organization has also introduced three other new staff members — Dominique Jones, Bryon Friesen, and Trevor Brookes — each bearing the title social finance specialist in addition to other specific duties.

They contributed to a banner year for the not-for-profit as it hit a record $1.8 million in new lending during 2017-2018. Through all of its programs, PELA CFDC supported 312 jobs last year.