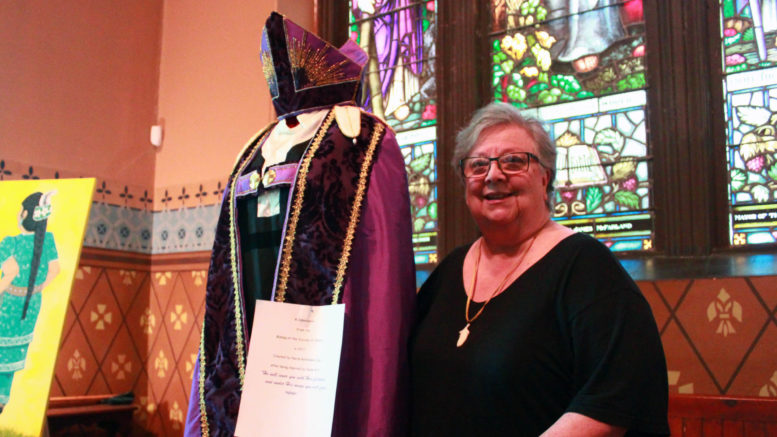 The work of local Indigenous artists will be on display at Macaulay Heritage Park for the next week.

The museum is hosting the Indigenous Artists’ Exhibit and Sale — which kicked off July 28 — in the church gallery until Monday, Aug. 6. The show features the work of 10 Indigenous artists from Tyendinaga Mohawk Territory and showcases fine art and craft in areas such as painting, photography, sculpture, fibre art, beadwork, prints, leatherwork, and more. Admission to the show is free.

“We are excited to work with our neighbours and showcase their incredible creativity,” County museums head curator Jennifer Lyons said.

The show spun out of work Lyons was conducting in preparation for a permanent exhibition at Macaulay Heritage Park which will explore Prince Edward County’s Indigenous history from pre-contact times to the mid-20th century. That exhibition is expected to open later this year.

The show and sale developed naturally as a precursor to the exhibition after Lyons crossed paths with Tyendinaga artist Narda Kathaleen Julg. Julg said her friend, county artist Mary Brett, had heard the museum was working on a permanent exhibit and helped make the connection.

While the show features a lot of traditional and Indigenous heritage-inspired art, Julg said the works span a wider spectrum.

“This is why we said Indigenous Artists’ show, because we range from traditional stuff, right through to modern, very non-traditional stuff and everything in between,” she said. “We have a range for a lot of tastes.”

Julg said it’s great to collaborate with the museum on the event, especially considering the upcoming permanent installation.

“It seems logical because we have many Mohawk people still living in the county who for years were farmers and workers,” she said. “When the factories were all up and booming — which you can see an exhibit for in the Wellington Museum — our people came to live and work, or travel on the ferry in those days, to work in the various canning factories or on the farms.”

She said there has been hundreds of years of interaction between the Mohawks of the Bay of Quinte and the residents of Prince Edward County.

Julg herself has leatherwork, watercolour paintings, and a commissioned cope and mitre for the Bishop of the Diocese of Ontario on display. She said she and the other artists featured in the show draw their inspiration from many different sources.

“It’s having all of your senses heightened and aware because every artist sees things differently than another person on the street,” she said. “It not only touches the eye, but it touches the heart and the soul so that you feel you have to do something with it.”